Are Bluefish in Trouble? 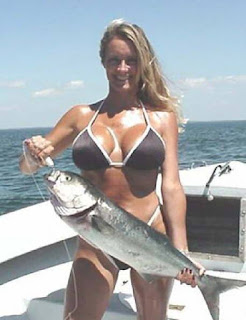 In a letter to the regional director of the National Oceanic and Atmospheric Administration on Tuesday, the commissioner of the state Department of Environmental Conservation said newly implemented restrictions on commercial bluefish harvesting would have “devastating” impacts.

“I urge you to reconsider the management strategy for Atlantic bluefish,” DEC Commissioner Basil Seggos wrote to NOAA regional director John Bullard. “The elimination in mid season of quota from the commercial fishery in 2016 is shocking and would deal a devastating blow to our commercial fisheries.”

Seggos said the decision would “effectively end our commercial fishery” for bluefish this month, perhaps in just days. The season generally lasts as long as bluefish are in local waters, often through November. Fishing for bluefish from charter, party or private recreational boats isn’t affected. 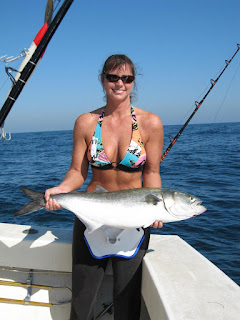 In Maryland, the season on Bluefish is open year round, with a limit of 10 per angler per day, and minimum size of 8 inches. So, basically you can catch all the blues you want if you can find 'em. Typically, they don't come into our end the Bay until about May, and leave when the water gets colder again, about October. The last several years have been relatively poor for blue however, which suggests that populations in the ocean, where they come from, are down.


The problem, said a senior DEC official, stems from a successful recreational harvest of bluefish last year. Because recreational anglers caught nearly all the fish they were allowed, there was no excess to relegate to the commercial fishery this year. About 82 percent of the quota is allocated to recreational fishing, the remainder for commercial. 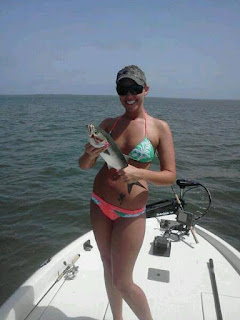 Unlike Long Island, in Maryland, Bluefish are not considered a prime gamefish, and many people don't like them for food (they spoil easily if not kept alive or on ice). However, during the Striped Bass moratorium in the 80's blues were pretty much the only big fish available in large numbers.

The decision by the federal government stems from what Seggos in his letter described as “troubled” estimates of bluefish harvests last year. Fishing groups have long complained, and DEC has confirmed, that federal estimates of fish stocks are often based on outdated or faulty data.

This is how it starts when a fishery goes south. The data that the government is basing it's quotas on is older, and suggests a higher population than is current. As fishing pressure approaches the quotas everywhere, users start to fight over their shares, the government usually acquiesces for a while, until the population is obviously in dire straits, then react strongly, and piss off all the user groups.

Wombat-socho has "Rule 5 Sunday: Playmate Turns Showgirl" ready for inspection at The Other McCain.