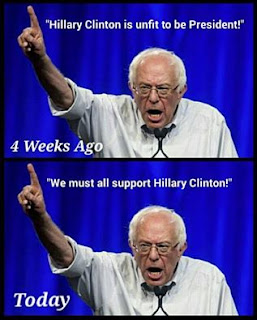 
Two political titans, with six pounds of bone mass between them.


"I have come here to make it as clear as possible why I am endorsing Hillary Clinton and why she must become our next president," Sanders said at a joint rally here. "Secretary Clinton has won the Democratic nomination and I congratulate her for that."
The 74-year-old self-described democratic socialist, who has been a thorn in Clinton's side over the last year, pledged his support to his former rival: "I intend to do everything I can to make certain she will be the next president of the United States."
Clinton, speaking after Sanders, declared: "We are joining forces to defeat Donald Trump!"
"I can't help but say how much more enjoyable this election is going to be when we are on the same side," she said. "You know what? We are stronger together!" 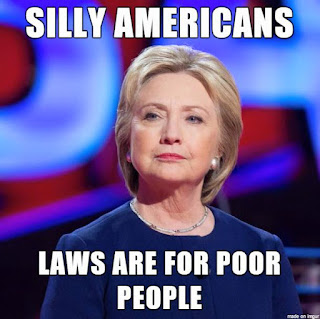 It's not over 'til the fat lady goes to Sing Sing: Clinton legal team moves to block deposition in email lawsuit. Of course it does.  Paul Ryan: Hillary Clinton is unfit to handle classified information


The FBI’s recommendation not to pursue charges against Clinton is based on the belief that she did not intend to endanger our national security. Instead, Comey called her and her staff “extremely careless.” However, her actions do not seem careless at all. In fact, Clinton’s actions seem quite careful — careful to place her own interests before our national security. Setting up multiple unauthorized email servers is quite an undertaking. Ask any IT expert. Transmitting tens of thousands of government emails does not amount to one or two thoughtless mistakes but a calculated series of choices made over the course of several years. 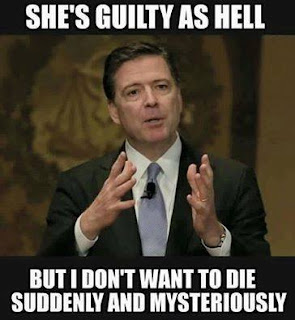 Speaking of the "intent" argument used by Comey to allow Clinton off the hook, Laws Posed Hurdles to Charging Hillary Clinton


“The gross negligence statute has always been troublesome,” said John L. Martin, a retired former top Justice Department attorney who headed the agency’s counterespionage section in the 1980s and 1990s and oversaw dozens of Cold War espionage prosecutions. “We have always been reluctant to use it in that manner.”

The fear was the risk of an acquittal or dismissal that could “seriously undercut the government’s credibility,” Mr. Martin said. “When you take a case like this, that is so high-profile,” he said, “you have to make sure you’re going to win.”

Federal prosecutors have shied away from bringing negligence charges even when carelessness appeared to play a role in intelligence lapses. 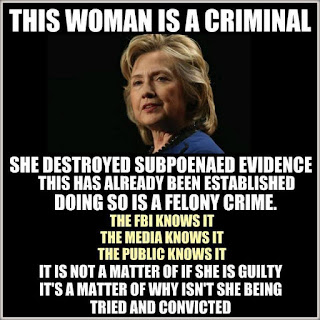 So, it's on the books but they won't use it for fear of losing. A former First Assistant U.S. attorney presents A ‘reasonable’ case for charging Hillary Clinton.

Loretta Lynch appeared on Capitol Hill Monday to answer dodge questions about the affair de Hillary. Take it away Ace: Let a Thousand Treasons Bloom: Our Nation's Attorney General Refuses to Say If The Law Means What It Says When It Says That Giving Secret Information to a Non-Cleared Person is Illegal


To save Hillary Clinton, they had to put flamethrowers to the whole village.

Sometimes it takes a village to free a felon. 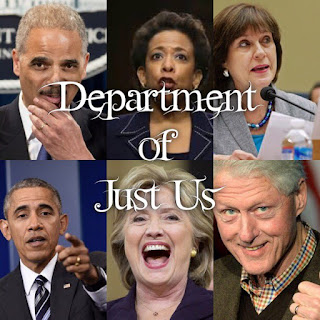 GOP lawmakers grill attorney general over Clinton emails, get few answers, however, she did admit that she might accept Hillary's attempted bribe: Lynch won't rule out staying on as AG under Clinton

OLD LADY TALKS TO CLOUDS: Woman who invented “Vast Right-Wing Conspiracy” Complains That Politicians ‘Get Away’ With Saying ‘Nonsense.’”


In her defense, perhaps she was in some ways tired when she said it. 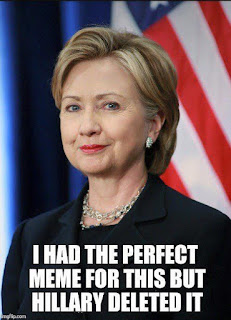 
U.S. Rep. Corrine Brown of Florida and her chief of staff pleaded not guilty Friday to multiple fraud charges and other federal offenses in a grand jury indictment unsealed after an investigation into what prosecutors call a phony charity turned into a personal slush fund. 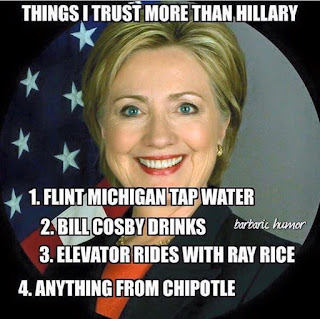 You need to be a better lawyer to imitate the Clintons successfully.  House Letter Calls Clinton Foundation ‘Lawless’


A new congressional letter circulating among lawmakers charges the William, Hillary and Chelsea Clinton Foundation is a “lawless, ‘Pay-to-Play’ enterprise that has been operating under a cloak of philanthropy for years.” 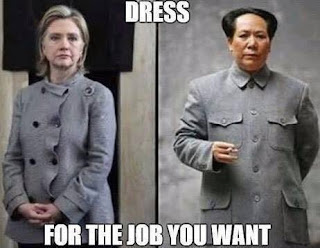 "So now we have a situation in which Team Clinton has scared citizens into thinking the threat to their lives is mostly domestic, coming from Trump, Trump supporters, and anyone who looks like them."


"People who are scared will act. And we see those actions now in terms of violence against police, violence against Trump supporters, and death threats to bloggers such as me. And we already have one attempted Trump assassination."