Georgia Found a Meg at the Beach! 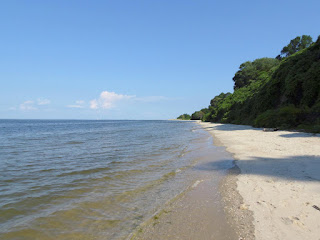 It was after 4 PM by the time we got around to driving down to the beach for a walk. It was mostly sunny, the temperatures hit to low to mid 80s  and the humidity was only moderate, so about as good as you can hope for in mid-July. 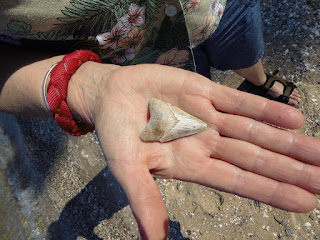 Georgia found a Megalodon tooth! The very first of the year. She says she stooped down to pick up a small tooth, and there it was. It's not in the best condition, but it's still a very rare find. I was embarrassed have only found a small broken Cow Shark tooth, among others. 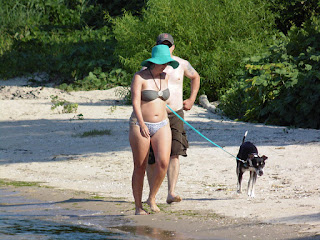 We had a few growls as we passed this dog. Apparently it thought Skye was supposed to act submissive. Not gonna happen. 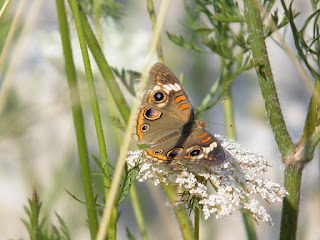 A fairly good shot of a Common Buckeye nectoring in the Queen Anne's Lace.
Posted by Fritz at 6:04 PM