No, not political power, rather electric power. Environmentalist Social Justice Warriors are trying to prevent the siting of new electric power plants in Maryland on the grounds that too many are sited near minority communities: In Maryland, one community is taking a stand against environmental racism

A coalition of environmental groups in Brandywine, Maryland, have filed a federal civil rights complaint against the state for permitting a new gas-fired power plant in a largely African-American community that is already subjected to high levels of pollution. In response, there will be a federal investigation.

“We didn’t think that anybody in their right mind would think that it was okay to add two additional power plants within a 2.9-mile radius, and that’s exactly what was happening.” 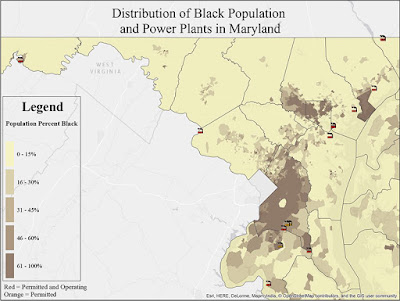 The Panda Mattawoman plant  —  the subject of the investigation  —  was permitted to be built within view of a second planned power plant. Both will operate just down the road from a third power plant that is currently up and running, and within 15 miles of a fourth and fifth power plant  — one under construction, one already online.

If each permitted project lives to see its ribbon-cutting, that would put five power plants within a stone’s throw of Brandywine, a community where seven in 10 residents are African-American.

But it take a hell of an arm to throw one from Brandywine to the Chalk Point Plant out on the Patuxent River, which they're counting in the "statistic." 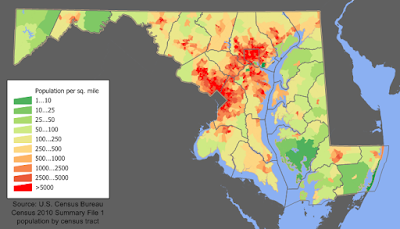 Now there are certain to be many factors involved in power plant siting, but proximity to the population served is certainly part of it. On that basis alone we would expect some substantial number of power plants to be located near predominantly black communities. Add availability materials and a work force (wouldn't want to employ too many of them after all), the cost of land, it's no surprise to see power plants located on the outskirts of population center. No racism involved.