The Face of Evil? 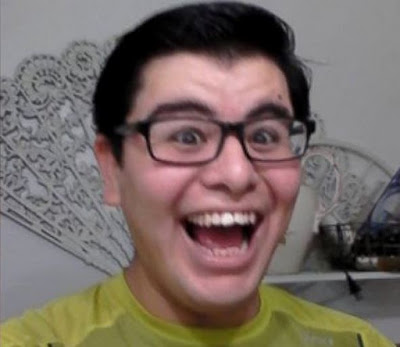 The Face of a Terrorist Mastermind?


Enrique Marquez may not look like a terrorist, but he is now a focus of the FBI investigation in San Bernardino:


As federal officials scour the backgrounds of the couple who went on a terrorist rampage here last week, they are looking carefully at Enrique Marquez, a childhood friend and relation by marriage of the husband, Syed Rizwan Farook. It was Mr. Marquez, 24, who bought the two assault rifles that Mr. Farook and his wife, Tashfeen Malik, used to carry out the attack, which killed 14 people and wounded 21 others.
Mr. Marquez, who works at a Walmart store, bought the weapons legally in 2011 or 2012 and either gave or sold them to Mr. Farook, federal officials said. Investigators have spoken with Mr. Marquez and were keeping close tabs on him; although they have not named him as a suspect, they believe he has knowledge about the Farook family and its recent activities.
In November 2014, Mr. Marquez married Mariya Chernykh, whose sister, Tatiana, is married to Syed Raheel Farook, brother of Syed Rizwan Farook. Tatiana Farook is a hairstylist and makeup artist who also goes by the name Tatiana Gigliotti. She and her husband were witnesses at the wedding of Mr. Marquez and Ms. Chernykh, according to a marriage certificate released by the California Department of Public Health.

Another of Mr. Farook’s siblings, Saira, is married to Farhan Khan. For some period of time the Khans attended the same mosque as Mr. Marquez, who is a convert to Islam, according to people who know them.

Wombat-socho has the weekly giant mother of all Rule 5 posts: "Rule 5 Sunday: Farewell To The Slave Princess" and "FMJRA 2.0: Flowtation" ready for perusing at The Other McCain.
Posted by Fritz at 8:38 AM