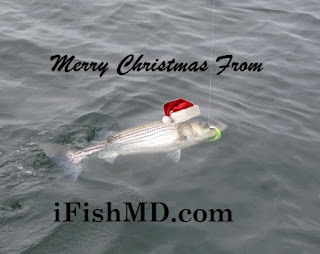 The N.C. Division of Marine Fisheries has reduced the recreational bag limit for striped bass in the Albemarle Sound Management Area to one fish per day through New Years Eve.

A reduction in the creel limit was put in place to allow recreational harvest of rockfish to remain within the 68,750 pound annual harvest quota established last year, according to NCDMF director Louis Daniel, III.

The change, implemented on Dec. 24, is in effect through New Years Eve at 8 p.m., when the recreational striped bass season will close for all sounds and rivers north of Oregon Inlet except the Roanoke River, which falls under a different management plan.

Starting midnight on Jan. 1., the 2016 season will open bag limit will be two fish per day. The minimum length requirement of 18 inches remains in effect.

That seems like a rather minor adjustment to make, to just reduce the take from two fish to one fish per fisherman per day during a time of year when fishing is pretty low to begin with. It's also interesting that the rec fishermen in North Carolina are allowed to keep 18 inch fish, while we in Maryland, where most of the fish come from, are only allowed 20 inch fish and above. Of course, our season much longer, and MD has a huge quota
Posted by Fritz at 9:25 AM