The Swans Return to the Chesapeake 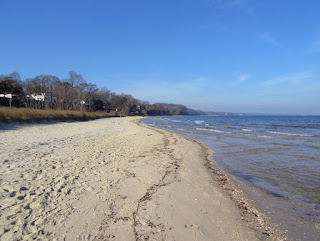 Skye demanded (and yes, I do mean demanded) a walk late this morning, so we trundled off to the beach despite the 45 degree temperatures, and high tide. It was sunny and not especially windy, so it wasn't too bad. 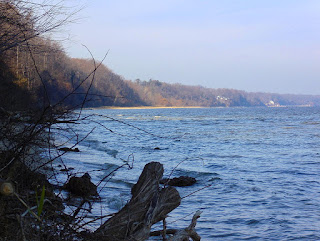 We walked as far up as we could with the low tide, until there was too much brush to crawl over. Click on the picture, and look for small white dots in the water in the distance 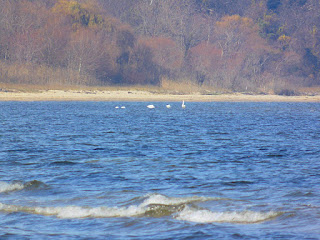 It's the Tundra Swans (also called Whistling Swans), visiting from their breeding grounds in the far north. Each winter, a small group of them settles in the relatively calm shallow waters in behind a sand bar between Calvert Beach and Western Shores. 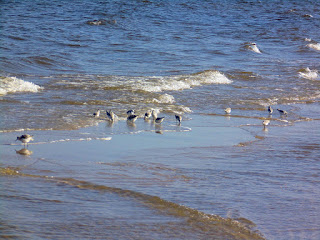 And even longer migrants, the Semi-palmated Sandpipers (or peeps), migrate from their high Arctic breeding grounds to summer in South America. It seems like small groups drop by here with some regularity. 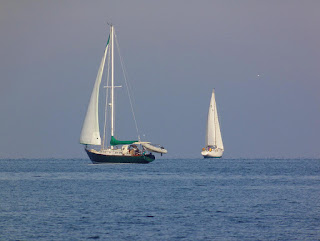 To the right, and slightly above the second sailboat is a tiny white dot. Expand the picture, and you can barely see the black wingtips on the Northern Gannet. This mostly sea-going diver par excellence visits the Chesapeake in cold months. A flock of them dive bombing bait is a sure sign of good fishing underneath. A single one flying by is not much help.
Posted by Fritz at 4:04 PM