Not Feelin' the Bern 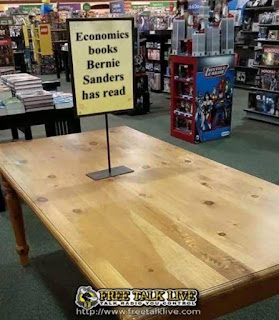 The day after Christmas, Bernie Sanders asked a question on Twitter: “You have families out there paying 6, 8, 10 percent on student debt but you can refinance your homes at 3 percent. What sense is that?”

Finance types may snicker. But I’ve seen this question asked fairly often, and it seems worth answering, respectfully, for people whose expertise and interest lie outside the realm of economics.

The short answer is: “Loans are not priced in real life the way they are in Sunday School stories.” In a Sunday School story, the cheapest loans would go to the nicest people with the noblest use for the money: single mothers who need money to buy their kids a Christmas present, say. 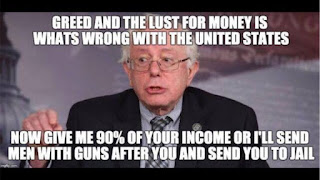 That’s splendid for the recipient. But what about the lender? Let’s say you had $150 that you really needed to have at the end of the month, say to pay your rent. Would you want to lend it to the single mother whose income is stretched so tight that she needs to borrow money for Christmas presents, or would you want to lend it to some heartless leech of a securities litigator with an 800 credit rating who happens to have left his wallet at home? C’mon. You know the answer; you just don’t want to say it. If you really need the money -- if you cannot afford to turn your loan into a gift -- then you lend it to the better credit risk with the higher income, not the person who may find themselves too short to pay you when the loan comes due. . .

Now I guess I should stop Bernie bashing, since he is unlikely to win the nomination.
Posted by Fritz at 11:12 AM