A man with 5 houses, an SUV or two, and a luxury yacht, calls for shaming people into compliance with the Paris Climate accords:

Kerry: Public Shaming is ‘Most Powerful Weapon in Many Ways’ to Enforce World Climate Agreement


Secretary of State John Kerry said on Sunday that international shame and condemnation is “the most powerful weapon in many ways” to ensure countries comply with the newly-signed climate change accord reached in Paris, which is meant to lower greenhouse gas emissions around the world.

Yes, I know, but, much like corporations, countries are people too.
That's a pretty impressive carbon foot print for one man. 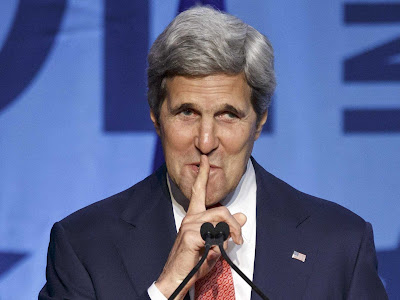