The Anti-Muslim Backlash Lynch Warned Of Has Arrived


Indiana University student was arrested on numerous charges after police said he attacked a Muslim woman at a restaurant.

Police said the 47-year-old woman was eating about 7:30 p.m. Saturday with her daughter at Sofra Café in Bloomington when a man started shouting ethnic slurs and other derogatory phrases, reported WTTV-TV.

The man, identified by police as 19-year-old Triceton Bickford, grabbed the woman by her neck, slammed her head into the table and tried to remove her headscarf.

Police said Bickford, a student at Indiana University, shouted “white power” and “kill them all” during the attack.
. . . 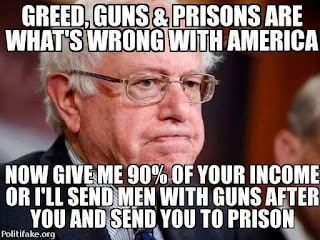 Bickford describes himself as a psychology major and philosophy minor at the university, and his Facebook and Twitter accounts reveal strong support for Sen. Bernie Sanders’ Democratic presidential campaign.

He frequently posted articles supporting Sanders and the candidate’s economic positions, and Bickford also complained on social media about racist and anti-LGBT conservatives.

“If I see one more, not so subtly, racist post shared from some random conservative page, my brain is going to explode,” Bickford posted July 19 on Facebook.

He also weighed in on the debate over displaying the Confederate flag.

“If someone flew a Nazi flag and claimed it was about their heritage and not their bigotry, would you believe them?” Bickford posted June 23, punctuated by the shrug emoticon.

Candidates are not expected to be responsible for the behavior of their supporters, but when their supporters consist of mostly college kids, it's no great surprise when some of them turn out to be intemperate.
Posted by Fritz at 11:30 PM