And May All Your Christmas Earworms be Bright 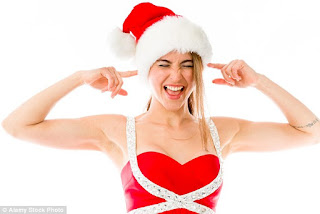 Why you can't get Christmas jingles out of your head: Experts reveal how certain songs get stuck in our minds


'An earworm tends to be a short snippet of a piece of music, usually a tune, often from the chorus, that you play through in your mind repeatedly, as if it were stuck on loop,' Elizabeth Margulis, director of the Music Cognition Lab at the University of Arkansas, told DailyMail.com.

WHAT CAUSES AN EARWORM
According to the International Conference on Music Perception and Cognition, 91 percent of people claim to have an earworm at least once a week and about a quarter of them more than once a day. 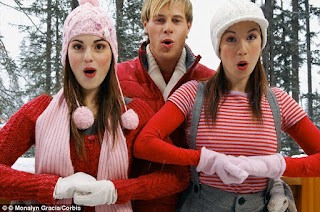 Count me among the afflicted. I would estimate I get at least one a day. I just got rid if "Feliz Navidad". . .  Or did I?


Scientists are baffled by this phenomenon and have trouble studying it, as there is no method to determine when someone will fall victim to this manifestation. There is also no rhyme or reason to the types of Christmas songs, happy or sad, that get stuck in your heads the most.

'There are many possible triggers, memory, a special situation one is in, even randomly, perhaps,' David Poeppel, professor of psychology and neural science at New York University, told DailyMail.com. 'Sometimes people remember things that are associated with a happy memory, sometimes sentimental moments elicit a memory, sometimes truly sad things are associated with a piece of music.' 'It cannot be pre-judge, and the same person can have compelling memories of both very joyful and very sad music.' Poeppel also suggests it could be a location, or a situation that elicits a particular strong emotion.

I don't think emotion is a very strong trigger for me, but certainly it helps if I've heard the song so many times the neural pathways are well worn.


Some theories believe earworms are associated with memory, outside stimuli and personal associates we take away from them, according to a report in Atlas Obscura.

'The trigger can be quite oblique; seeing a picture of a snow globe, for example, might be enough for 'I'm dreaming of a White Christmas' to pop up in your mental soundscape,' said Margulis. 'Because Christmas songs tend to be so familiar, they're particularly liable to get hooked.' 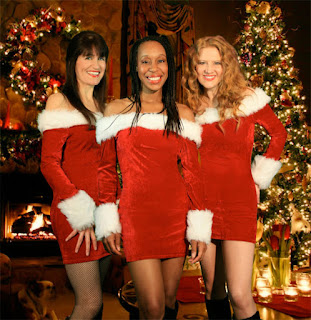 In 2006, Simon Brown from Fraser University studied his own earworm and found they could be used as a basis for understanding how conscious experience can be split into multiple parallel streams.

Another idea suggests that the more we hear a song, the more it's likely to get stuck in your head.

This can explain why 'Santa Baby' is stuck in your head after a day of shopping -- every store you went into was playing it.

'Songs tend to get stuck when they've been heard recently and repeatedly,' said Margulis. 'It's likelier to happen when the tunes feature some optimal mix between predictability and surprise.' 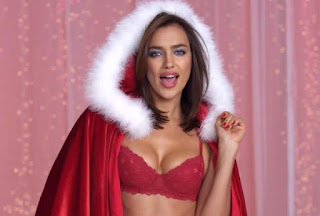 Since I play music a lot, it's pretty common for me to hear or play the same song over and over.


In a study from Lucerne University of Applied Science and Arts and University of Sheffield, researchers observed 50 different music features and found that earworm songs usually have notes with longer durations but smaller pitch intervals.

The study also suggested those with neuroticism and small levels of obsessive compulsion will be invaded by earworms more often and for a longer period of time. 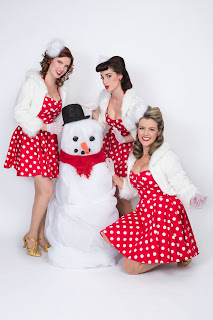 Uh oh. Well, nothing I hadn't heard before.


James Kellaris, a professor of marketing at the University of Cincinnati who's conducted research on influence of music on memory, wrote in an email to Science Friday, 'In addition to traits of songs and traits of people (such as being mildly neurotic or having high exposure levels to music), situation comes into play as a third factor.'

'It appears that earworms are more likely to bite when the victim is tired, stressed, or idle.'

I can't think of an easy answer. A near death experience can kick out an ear worm, but don't recommend that on an on going basis. I find I can replace one with another, though, so at least you can hear one you like.

Wombat-socho has "Rule 5 Sunday: The Week Between" ready at The Other McCain.
Posted by Fritz at 8:09 PM