A Romp Around the News with Wombat-socho 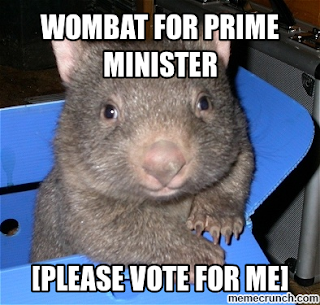 The Wombat is back in news business with the recent resumption of his more or less regular "Live at Five" post. An interesting collection of news you might not run into in your daily paper or your chosen network, and I'll focus on the things I find interesting or amusing. From today's "LIVE AT FIVE: 12.30.15":

MISSOURI ASKS RIVERBANK RESIDENTS TO MOVE TO HIGHER GROUND AS FLOODING CONTINUES - Residents of several states have paid an extremely high price for the warm, wet weather we've been enjoying.

Carrier Harry S. Truman Has Close Call With Iranian Rockets - In my world, the Iranians would just have had a close call with an American aircraft carrier.

ELODIE YUNG HEATS UP DAREDEVIL‘S SEASON 2 AS ELEKTRA - Might have to binge watch this one.

Norks’ Top Official In Charge Of ROK Relations Dies In Car Crash - I suppose it's remotely possible for a top North Korean official to die "accidentally", but I wouldn't want to put real money on it.

Former NY Governor Pataki Drops Out Of GOP Race - Who?

O’Malley’s Iowa Event Draws One Voter - Why so many? 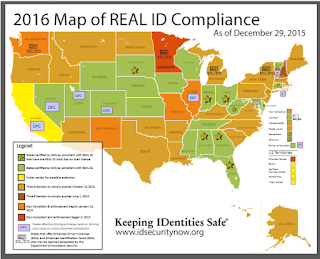 Crude Slumps Towards $37 As Weak Outlook Prevails: - Yep, and gas is under $2 a gallon here. The Saudies are trying to kill fracking, and only partly succeeding. In the meantime, the rest of us are saving money.

DuPont To Cut 1700 Jobs In January - Uncle Dupy has been a solid supporter of environmental science in the past few years, mostly as a result of their pollution in the previous 50.

Jobs to be cut include 80 percent of the 250 scientific professional positions in DuPont's Central Research and Development unit, though some of the Ph.D. principal investigators and their associate investigators may escape layoffs and be reassigned to product groups where most DuPont scientists now work. The scientists expect to learn their fate Jan. 4. 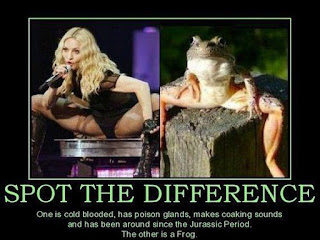 Rocco Says Madonna Treated Him As A Trophy, Not A Son - She's so sweet! But then, he's a teenager and presumptively a jerk.

Al-Qaeda Training Camps Reappearing In Afghanistan? - Remember how Obama said that Afghanistan was the "right war" that we were ignoring? Statement expired.

Burkina Faso’s First New President In Decades Sworn In - A small, and rare victory for representative government. I had to look this up to remind myself that it used to be called "Upper Volta".

3. Be more open-minded to only ideas I agree with.

Proof Positive: In Defense Of Samuel L. Jackson - Just saying what all the liberals were thinking.

Twitchy: Baltimore Leads 2015 With Highest Murder Rate Per Capita; 23 Were Children - To quote Insty quoting someone else:

American Thinker: Clinton’s Bimbo Eruptions Vs. Trump’s “Sexism” - No comparison. See Katherine Timpf (that goofy girl on the Greg Gutfeld show) ‘I will not stop talking about this’

Conservatives4Palin: The Democrats’ Theme For 2016 Is Totalitarianism - The rush to repeal the first and second amendments this year has been unprecedented.

The Gateway Pundit: Breaking Poll – 40% Of Blacks Back Trump, 45% Of Hispanics - Somehow I'm not shocked. They aren't any smarter than most people. 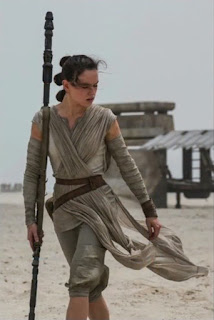 The almost always sensible Megan McArdle: The Force Awakens Has A Perfection Problem - Of course Rey is a Mary-Sue. Almost all women characters are Mary-Sues. Only men have flaws.


Abrams has replicated the structure of that story, but he has forgotten to give the other two main characters any actual reason to be there. Ten minutes of rewrite could have removed them entirely without significantly damaging the plot.

Grabien put together this video montage showing how US college students went completely insane in the year 2015. Hopefully none of those appearing here are going to be future US leaders, if so the country is doomed.

To be fair, the same thing happened back in the 60's. Maybe it's a solar cycle or something.

Wombat-socho has the ginormous "Rule 5 Sunday: Happy New Year!" ready for browsing at The Other McCain.
Posted by Fritz at 5:14 PM