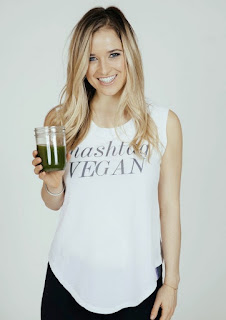 My vegan diet almost killed me

Curled up in bed in her West Village apartment, shivering from cold and exhaustion, Jordan Younger tried to ignore the hunger pangs as she counted down the hours until she could have a glass of green juice.

The then-23-year-old New School student, in the midst of a grueling, month long, 800-calories-per-day juice cleanse, was truly suffering: Her lips were blue, her hair was falling out, her skin was blotchy and she hadn’t had her period in six months due to extreme vitamin deficiency.

During that time, she was busy saving face writing her blog the Blonde Vegan, in which she perkily chronicled her strict plant-based diet after building up an impressive 70,000 followers on Instagram. 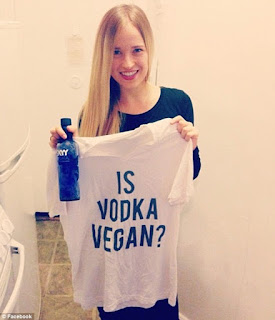 It's possible to eat an adequate diet using only vegetarian principles, but it's damn tough. A little meat (including fish and eggs) goes a long way towards adequate nutrition.


“The obsession with my diet took up my every waking hour,” Younger, now 25, admits to The Post, speaking as her new memoir, “Breaking Vegan” — about how she controversially turned her back on veganism — is published this week. “It was stopping me from leading a normal life full of social activities and other interests.”

The 5-foot-4 native Californian — who was never skeletal but, at her lightest, saw her weight drop by 25 pounds to 105 pounds — recalls: “I was the textbook example of an ‘orthorexic.’”
Orthorexia is defined by the National Eating Disorders Association as a “righteous fixation on healthy eating.” Unlike other disorders, the focus isn’t on losing pounds, but on only consuming food considered healthy, such as nuts, raw fruits and veggies. 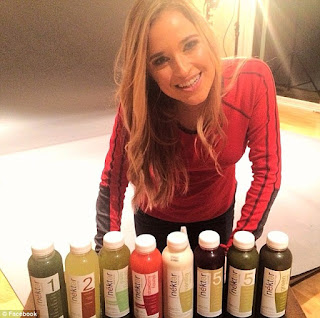 
Younger became vegan in her final year of college, not because of ethical reasons to protect animals, but after experiencing undiagnosed abdominal issues.

“In the beginning, it was very cleansing and detoxing, and I had this rush of adrenaline and energy because my stomach problems seemed to be resolved,” she says. Then she found that the natural high she’d been getting was replaced by feelings of fatigue. Her bloating and constipation issues returned, but she continued to follow the strict vegan regimen, religiously posting about it online in the blog she launched in 2013, one month after she graduated. 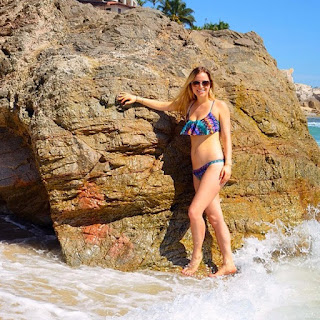 Note the "religiously." That is key. Another phrase might be "placebo effect." Many illnesses resolve themselves in time without treatment, and it's tempting to ascribe improvement to anything you tried during that period.


As the months went on, she was in a Catch-22: Her public profile hinged on her vegan identity, yet her choices were damaging her body. Often she felt so weak, she had to work on her laptop computer from bed. Taking one yoga class would leave her drained for the whole day.
Younger’s turning point came in June 2014, exactly a year after she founded her blog, when she confided in a friend about her lack of menstruation — a condition medically known as amenorrhea — for at least six months.

The pal, who had also suffered from orthorexia, recommended she introduce fish into her diet. Soon afterward, Younger forced herself to eat a small portion of wild salmon — and, within a week, her period was restored. 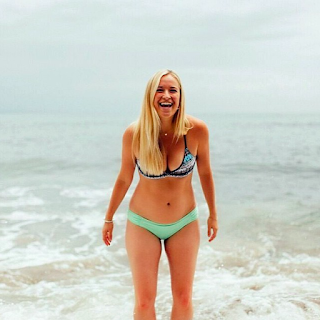 So she wasn't really eating right, she had just convinced herself that she was, without any scientific basis.


“It showed me how my body was dying to get back on track,” she says, adding that she instantly started to feel more energetic.

A dietician confirmed that fish and eggs would boost her poor nutrient levels. Refusing to lie to her fans, Younger announced on her blog that same month that she was “transitioning away from veganism.”

That’s when all hell broke loose. Her site crashed within two minutes and 1,000 followers instantly ditched her. Worse, she received anonymous death threats from hard-core vegans claiming she condoned the slaughter of animals and that neither she nor her family had the right to live.

Isn't dropping her as feed from Instagram enough? I'm just happy she finally saw the light.

Can we define orthorectic politics, where one is determined to force absolutely nonsensical leftist policies on the body politic?

Just have a burger now and then:

Wombat-socho has "Rule 5 Sunday: The Hearts of Space" up at The Other McCain.
Posted by Fritz at 6:00 AM