Eastern Shore Squirrel Makes it Off the Endangered Species List 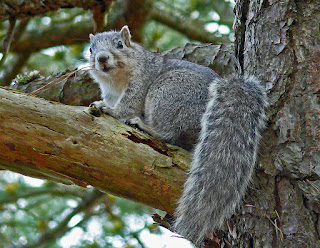 When the first list of endangered species was published in 1967, the Delmarva Fox Squirrel was on it. Soon it won’t be.
Nearly 50 years later, the animal has rebounded to the point that it no longer requires protection, the Department of the Interior announced last Friday, and will formally remove it from the list in December.

There are three main areas in Worcester where the Delmarva Fox Squirrels are known to be located, according to the Fish and Wildlife Service, and the first, the E.A. Vaughn Wildlife management area near Girdletree, is the only one where it is known how the squirrels came to live there — people put them there in 1998. 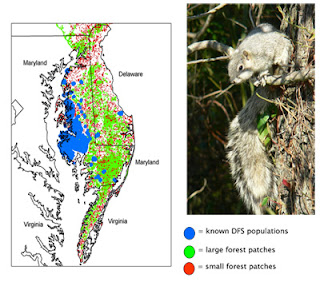 By 2008, they had spread to the Pocomoke River State Forest near Snow Hill and in 2013, squirrels were found near Assateague. According to maps provided by the Fish and Wildlife Service, the two more recent colonies are unconnected to populations planted farther south in Worcester or relatively nearby in Somerset County.

Historically, this particular squirrel spread beyond the peninsula into southeastern Pennsylvania and New Jersey but had been forced back into the confines of Delmarva because of habitat degradation, according to a 1992 Fish and Wildlife Service recovery plan for the animal.

Delmarva Fox Squirrels look similar to common gray squirrels, but can grow quite a bit larger and are among the largest tree squirrels in the western hemisphere, according to the Chesapeake Bay Foundation.

Its coloration is a bit lighter and its tail, which can grow to 15 inches in length, is composed of fluffy gray hair that ends in black tips. It can grow nearly 2.5 feet long and weigh three pounds, according to the Chesapeake Bay Foundation.

I'm not sure I'd recognize one if I saw it. The pictures all look pretty much within the range of variation for the run of the mill Eastern Gray Squirrel, which are the bane of our garden, although it sounds like they are considerably larger.

Somewhere, a devout environmentalist is bemoaning the loss of a weapon.