Sophia Loren to Hollywood Women: Suck It Up! 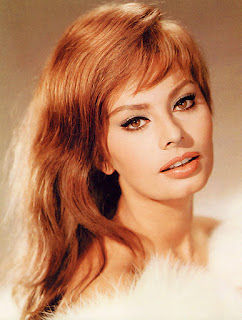 
Looking back, Sophia Loren says she has given up a lot to gain her notable career.

"You sacrifice yourself during the steps you have to make, to be able to arrive where you want to arrive," she told The Hollywood Reporter at the Americans for the Arts' National Arts Awards, held recently at Cipriani 42nd Street. The actress was given the Carolyn Clark Powers Lifetime Achievement Award in a ceremony that also honored Lady Gaga, Herbie Hancock, Maria Bell, Alice Walton and Joan and Irwin Jacobs. 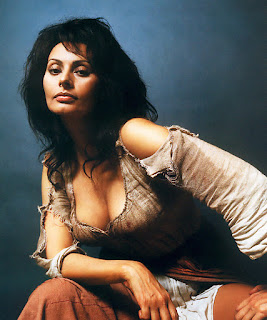 Lady Gag doesn't deserve to be in the same sentence with Loren.

However, in a time where much industry conversation is zooming in on all things women and Hollywood — from Jennifer Lawrence's essay on the wage gap and Geena Davis' fight for equal representation onscreen to the latest studies highlighting the lack of women behind the screen and in the boardrooms — Loren sees things as somewhat indiscriminate.

When asked if she thinks women sacrifice more than men in the film business, she shook her head no. Instead, the Two Women star, who became the first woman to win a best actress Oscar for a performance in a language other than English, whispered, "I think you have to find the right people." 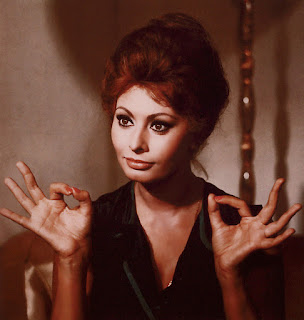 The SJWs are going to be all over her, but she's old enough to know enough to not care.

Yep, working hard, and choosing to be with the right people to associate with are two of the most important keys to success in any endeavor.

Linked at Pirate's Cove above the line in the weekly "Sort of Blogless Sunday Pinup" and links. Wombat-socho has the great "Rule 5 Sunday: Post-Veterans Day Recovery Edition" up at The Other McCain.
Posted by Fritz at 6:00 AM