A group has organized a petition drive to declassify chicken manure as a renewable energy source in Maryland.

Food and Water Watch, a consumer advocacy group, says the state categorizes burning animal waste and trash with its top-tier renewable energy sources, such as wind and solar power, which receive incentives. The petitioners believe incinerating poultry poop can be as hazardous to the environment as burning coal.

"While I guess technically trash and animal waste are renewable, it violates the spirit and intention of the RPS," said Phil Ateto, a solar energy consultant, using the acronym for Maryland's renewable portfolio standards. 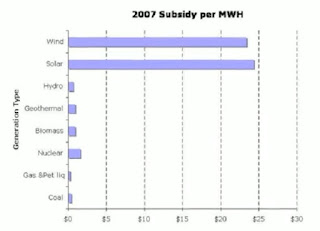 My bold. I guess he doesn't want chickenshit burners competing for his precious renewable energy subsidies.


A handful of residents rallied in Annapolis Wednesday before they said they would deliver 700 petitions and 30 handwritten letters to House Speaker Michael E. Busch's staff. They stood in front of miniature wind turbines.

Gov. Larry Hogan and Democrats reached a deal earlier this year on how to address chicken manure, which flows off farms into the Chesapeake Bay and pollutes the water. Under new rules, most farmers will have up to nine years to stop adding more manure to their land.

One of the reasons to support chickenshit burning power plants, aside from the their being at least partially renewable power, is that it also serves the purpose of getting rid of the nutrients in the poop, which otherwise would likely end up in the Bay.

For amusement, one might also want to look at this chart of environmental energy groups to guess at their real agenda. Click to enlarge.