Can the Redskins Deflate Brady's Patriots? 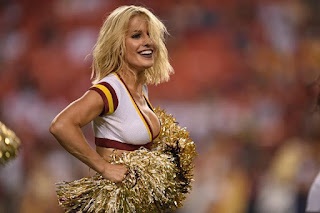 Given their respective records, (Redskins 3-4 and Patriots 7-0) it seems unlikely, but, hey, that's why they play the game. Redskins take on the Patriots at 1 PM in Foxborough Stadium, Massachusetts. 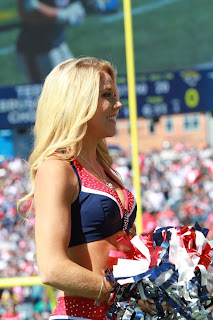 In the meantime, some items in the continued media war on the Redskins name

From the WAPO: The government shouldn’t make the wrong call on the Redskins


The Lanham Act contains a ban that is breathtaking in its sweep, denying registration to any mark that “consists of or comprises immoral, deceptive, or scandalous matter; or matter which may disparage or falsely suggest a connection with persons, living or dead, institutions, beliefs, or national symbols, or bring them into contempt, or disrepute.” 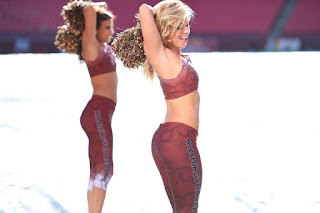 Redskins won the toss and kicked off to the Patriots at 1:03. Patriots seem to be making their way down the field unopposed. Redskins unnecessary roughness call puts the Patriots on their 8 yard line. Touch down Patriots. Kick is good. Patriots 7, Resdkins 0. Nine minutes left in the quarter.


Protecting expression that is “immoral” or “scandalous” or that disparages or brings into contempt or disrepute “persons, living or dead, institutions, beliefs, or national symbols” is normally what freedom of speech is all about. Most Americans find deeply offensive the desecration of the American flag, depictions of animal cruelty in “crush videos” and the homophobic protests of the Westboro Baptist Church at military funerals. Yet all of these graphically offensive forms of expression have been deemed as protected by the First Amendment. 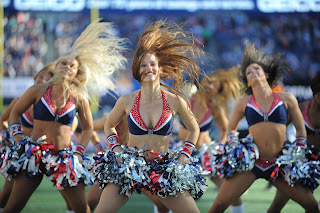 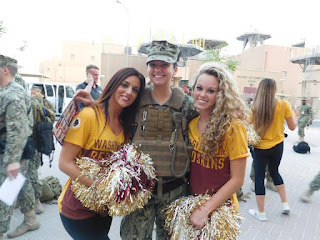 The Redskins force a fumble and recover at their own 26. Then throw it away on the next play. . .

Patriots score again on a  run from the 7 yard line. Kick is good 14-0. The Redskins have had one play, an interception. 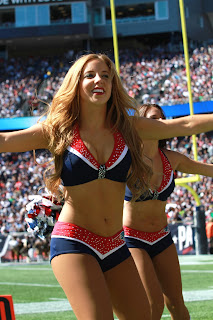 Redskins go no where after the kickoff and are forced to punt.


The First Amendment does not prevent the government from using the leverage of a public-benefits program to prevent discriminatory conduct, as with the Title IX gender discrimination provisions. But trademark law is not a civil rights statute, and the Redskins do not stand accused of discriminatory conduct. The government also has some latitude to establish conditions that shape the contour of spending programs. But the Lanham Act is not a spending program. Rather, the act’s anti-disparagement provision is a classic example of what the Constitution forbids: denial of a government benefit to penalize viewpoints the government finds offensive.  . . 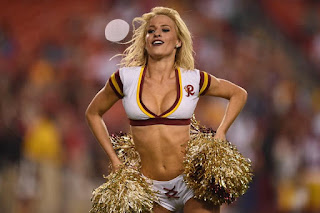 Redskins intercept a Brady pass, make it to the Patriot 45 yard line before being tackled by Brady!

But the Redskins continue to struggle with offense,  drop a few balls, and, well into the second quarter, give up the ball on downs around the 35. 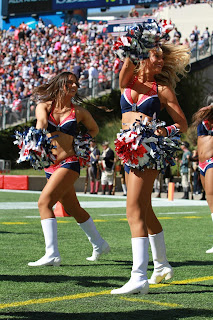 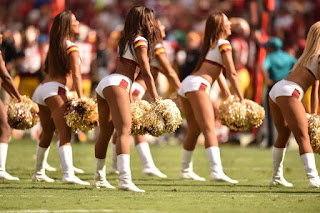 
The First Amendment must not be turned on its head. As the Supreme Court has admonished: “The very purpose of a Bill of Rights was to withdraw certain subjects from the vicissitudes of political controversy, to place them beyond the reach of majorities and officials and to establish them as legal principles to be applied by the courts.” 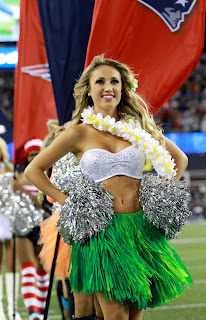 Makes sense to me, but what does Justice Kennedy think?

First down Washington. Baby steps, baby. And another!


Like most, Terry Rambler — a Native American leader calling upon the Washington Redskins to change its “racist” team name — dressed up for Halloween.

UNLIKE most, the chairman of the San Carlos Apache Tribe, went as reggae icon Bob Marley*, complete with fake dreadlocks and … Blackface.

With 2 minutes left in the half, the Redskins are threatening to score. Washington to attempt field goal.  Kick is good 17-3. Patriots, with 13 second left in the half. Time expires on a knee. 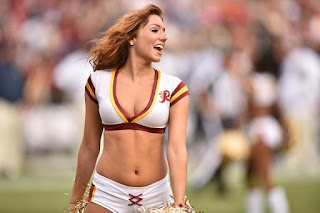 Oh the irony, it burns: Redskins clear to sue Native Americans – for now


The long-simmering controversy over the Washington Redskins team name continued on Friday when a federal judge decided the NFL franchise could continue suing five Native Americans, according to the Associated Press.

Yes, you read that right: For now, the Redskins – whose name everyone from President Obama to Sen. John McCain call offensive – can move forward with a suit against a group of Native Americans who take umbrage with the term. 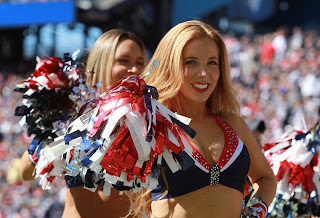 Shortly after the kickoff to Washington, Garcon catches a 37 yard pass almost to the  50 yard line. Across the 50 yard line, they fumble, and the Patriots recover.


The group, led by social worker Amanda Blackhorse, filed a petition back in 2006 against the name, and the U.S. Patent and Trademark Office responded this June, ruling that six Redskins trademark registrations should be canceled. Once the USPTO gave its ruling, the team went after the five individuals in court. 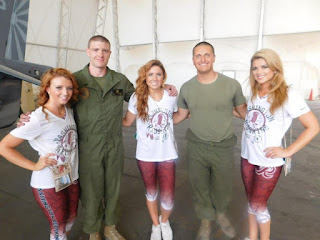 First and goal Patriots from the 5. Brady overthrows. Third and goal from the  1, pushed back 5 or so. Field goal attempt good. 20-3 Patriots. Sigh.


Yet Judge Gerald Bruce Lee met with lawyers from both sides in Alexandria, Virginia on the validity of the lawsuit, and he concluded that dismissing the Redskins suit would be unprecedented. Lee is expected to issue a formal written ruling at a later date on whether the lawsuit can proceed. 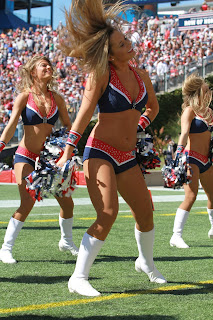 The Redskins case of dropsy continue after the kickoff, and they are forced to punt. Patriots get the kick near the 20, have a big pass play called back on a penalty. Blah blah. Redskins recover punt on their own 30 ish.


The Redskins argue against the patent board’s decision with interesting logic, saying the team name wasn’t offensive when the trademarks were registered, between 1967 and 1990. For now, the team’s trademark is in place. 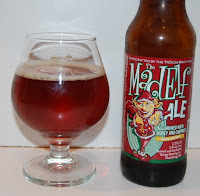 So the Redskins wasted that possession. Did I mention 11% alcohol? 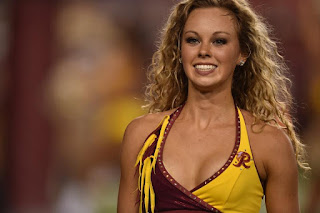 In an interview with Al Jazeera, Blackhorse explained her reasoning for filing the petition, which stemmed from an experience she had at a Redskins game in 2005.

Couldn't find anyone but Al Jazeera? Did I mention 11% alcohol? 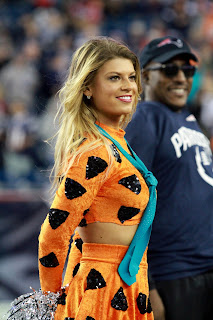 “These fans were very aggressive and they were very rude and very disrespectful, very racist and hostile, and just because we simply stood there and held a sign saying we don’t agree with Native American mascots. I also saw the way that they dress — the red face, the feathers. That’s basically mockery of our culture. That opened my eyes to all of this.”

Football fans "disrespectful" (whatever than means). Oh my god, they resented your attack their team, and actually expressed it! I hope you curled up in your "safe space" afterwards. 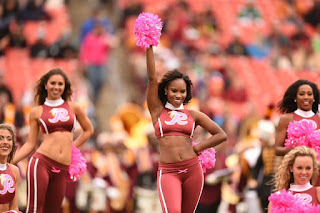 Touchdown Patriots, on, of course, a Tom Brady pass. Kick is good 27-3, Patriots. 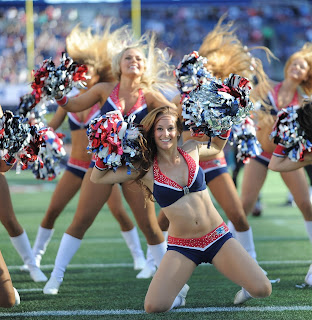 The new scandal for the Patriots is that they are literally unbelievably lucky at coin tosses (of course, they lost today's so the Redskins don't have that excuse; maybe the Patriots figured they didn't need to cheat).


The Patriots have won 19 of their last 25 coin tosses. This has caught the nation’s attention.

“For Bill Belichick, Patriots’ strategy is no flip of the coin,” reads the Boston Globe headline.


So, it's Patriots 27-3 with about 3 minutes left in the 4th quarter, and Washington at least forced them to punt. I see no hope for the Redskins at this point. 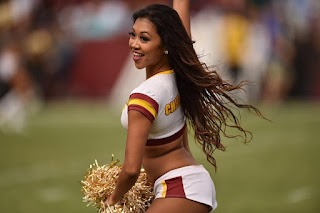 Obviously because this is the Patriots, a simple explanation like “that is the potential nature of a 50-50 probability” just doesn’t cut it. That’s because, according to CBS Sports, the probability of winning it at least 19 out of 25 times is 0.0073 — less than three-quarters of one percent! 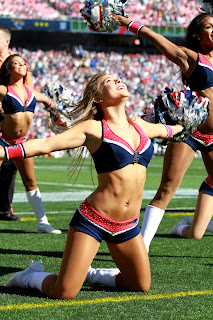 Washington first down on a Cousins' pass to Crowder. Washington into Patriot territory, in that slack period where the Patriots have decided they'd rather not get hurt.


Clearly, something more must be going on behind the scenes (Ernie Adams, anyone???), and Toucher & Rich weren’t afraid to throw out some possibilities.

“Maybe [Robert] Kraft smooches the coin beforehand, and then it’s weighted on one side,” Fred Toucher said.

With 40 seconds left on the game clock, Washington is threatening from the  6 yard line. Penaly on Patriots, 3 yard line and first down, 33 seconds. Incomplete pass, 29 seconds.

Touchdown Redskins. Too little too late, but a touchdown. Kick is good, 27-10 Patriots. Patriots take the kick at the 2 and kneel down. Patriots go to 8-0 and Redskins to 3-5.

Wombat-socho has the great "Rule 5 Sunday: Post-Veterans Day Recovery Edition" up at The Other McCain.
Posted by Fritz at 12:54 PM