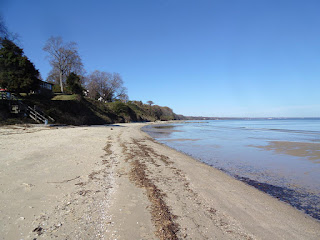 Skye pestered us into taking her for a walk before lunch. It was sunny, and breezy (west, so it doesn't show on the bay), but surprisingly warm for mid November, up near 60 F. 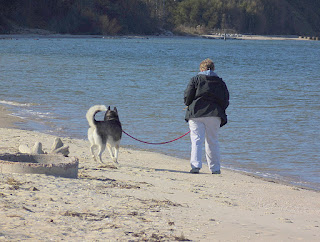 Despite the low tide and lots of exposed shell hash, fossil hunting was was poor, only three teeth between us. But we met a few dogs, and a few people to keep Skye occupied. 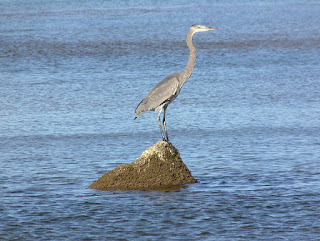 One of the Great Blue Herons fishing from a rock. 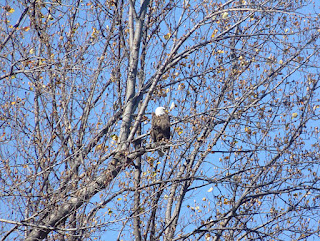 A Bald Eagle watched us approach, but took off when I stopped . . . 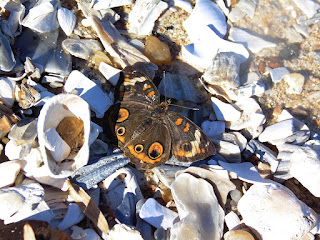 to take photos of this Common Buckeye. I've been impressed with how late in the season they're hanging around. We even saw two of them later trying to agree to have sex. But they blew past, so we don't know how that worked out.
Posted by Fritz at 5:31 PM