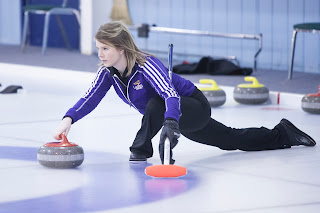 Use of High-Tech Brooms Divides Low-Tech Sport of Curling

Having evolved in recent years from its beer-drinking, chain-smoking, down-at-the-local-club roots, the friendly sport of curling suddenly has a debate on its hands that in some quarters has seen the civility, and even some gloves, dropped.

Perhaps unsurprising for a sport that has something in common with a household chore, the crux of the debate is fabric -- specifically, something called directional fabric. The use of this material in broom pads is the latest escalation in an arms race among manufacturers, whereby the world’s best curlers can guide the 44-pound stone around a sheet of ice as if it were controlled by a joystick. 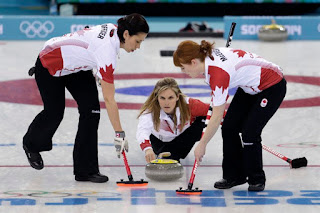 Sweeping with the brooms, which more closely resemble Swiffers than actual brooms, is considered an athletic skill in the sport. If that task is too easy, well, some curlers felt that it just wasn’t curling anymore.

Many of the sport’s top athletes, but not all of them, signed an agreement last month not to use the newest brooms. But with few regulations on the books and Olympic qualifying tournaments underway this month, the World Curling Federation stepped in Wednesday and issued new rules that set severe restrictions on the types of brooms that can be used. 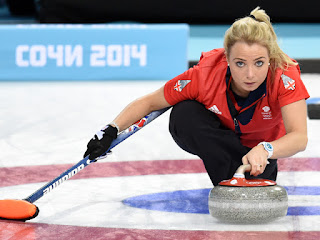 It is not going back to hog’s hair, but it is close — banning waterproofed fabric and “stiffening” inserts, and requiring all brooms to be available for purchase at a retailer.

“There’s definitely some anger over it,” Dean Gemmell, a former United States champion and the author of “Brush Like a Badass: A Curler’s Guide to Great Sweeping,” said of the controversy.

Yes, men play curling too, but honestly, who cares?