I Kind of Like the Cut of Her Jib 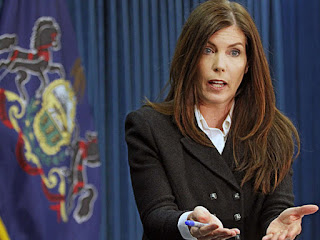 Although with her being a democrat, I'm sure I despise most of the policies she espouses: Indicted Pennsylvania AG releases raunchy e-mails of gov’t officials

If anyone expected Pennsylvania Attorney General Kathleen Kane to exit public life quietly, they are getting the shock of their lives — and so are a number of public officials in the Keystone State. After being indicted in a leak scandal for perjury and obstruction, and having her law license revoked, Kane has started releasing explicit and raunchy e-mails sent and received through the AG’s office. The releases have already ended public careers, and Pennsylvania officials are waiting for the next shoes to drop: 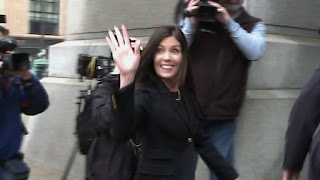 Facing criminal charges, relieved of her law license and threatened with removal by the Legislature, Pennsylvania’s attorney general seems to have decided that if she has to go, she’s going to take others down with her.
Since all three branches of state government began moving against her over the past year, Kathleen Kane has released hundreds of sexually explicit or otherwise crude emails that had been sent or received by current or former public officials on their government accounts.
The tangled scandal has led to the downfall of a state environmental secretary and shamed a state police commissioner, a Pennsylvania Supreme Court justice and several former top officials in the attorney general’s office. Another high-court justice resigned after newspapers disclosed his involvement.

It’s created “a freaking mess,” according to one former ally of Kane . . .

These are all on government email systems, where you sign your right to privacy away as a condition of employment. The least you could do is save the trash for your private email. It may be the Chinese or Anonymous may release it, but at least it wasn't illegal to begin with.
Posted by Fritz at 4:41 PM