Your Friday Monkey Dacker - Chimps Not Yet People in New York


What has thumbs and no habeas corpus entitlement? Chimpanzees. A Manhattan Supreme Court judge ruled Thursday that chimps are still viewed as property, not people, under the law.

The lawsuit was filed by the Nonhuman Rights Project, a group that wanted two research chimps — named Hercules and Leo — out of confinement.

NPR's Hansi Lo Wang reports "the animal rights group was trying to get them released to a sanctuary by arguing that the chimps have complex cognitive abilities and should be considered legal 'persons.' In the ruling, Justice Barbara Jaffe acknowledges that similarities between chimpanzees and humans 'inspire the empathy for a beloved pet.' "

The judge wrote that someday they may get legal rights, but that courts don't embrace change quickly. The chimps are held by Stony Brook University. 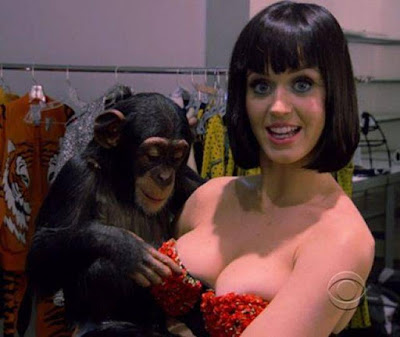 Acting pretty human. Given that it's New York, we should be grateful they didn't declare them to be native born Americans with the right to vote, to be exercised by a suitable trustee, like Green Peace.
Posted by Fritz at 10:11 PM