Brides and Butterflies at the Beach 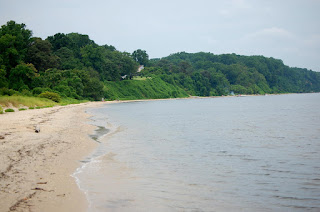 It's getting steamy here. It's mostly overcast, but the temperatures are in the 80s, and the humidity is getting obnoxious. And tomorrow is supposed to be worse. We went down to the beach about 11, before it could really get ugly. 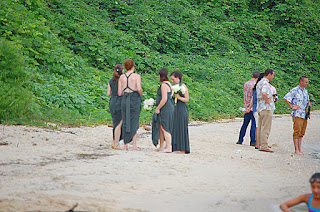 Somebody was holding a beach wedding down on Calvert Beach. Here the bridesmaids assemble, either for the now traditional bride dunking, or some photos; we didn't hang around to find out. 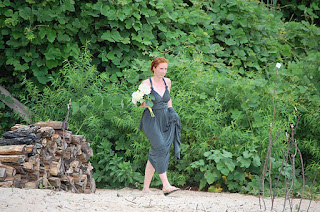 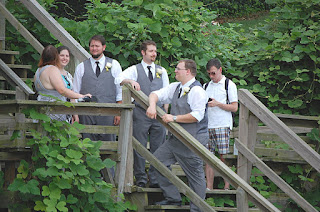 The groomsmen want to avoid that icky "sand in your dress shoes" feeling. 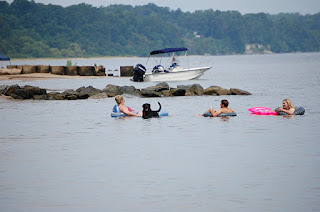 Some other people and their dog are just beating the heat. 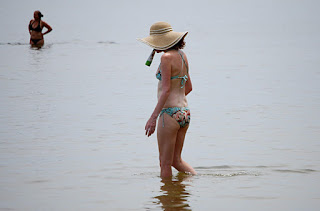 The water isn't that much relief though, as it's around 80 F as well 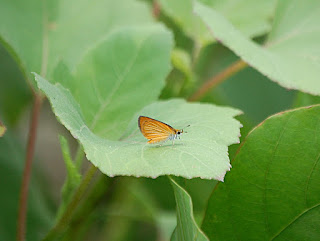 I did get a pleasant surprise today. Looking for butterflies along the dune edge I caught sight of some of the tiniest skippers I had ever seen, and I even managed to get some decent, focused photos. 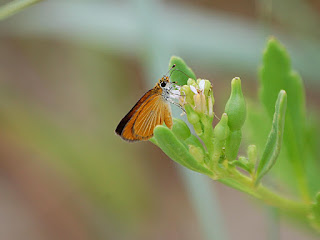 I'm about 99.9% certain that this is the "Least Skipper." I'll send the photo to BOMA just to be sure, but I already added it to my list.
Posted by Fritz at 1:48 PM