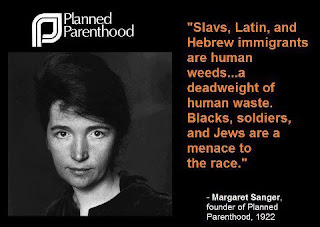 It took a few hours for Planned Parenthood to respond to the Center for Medical Progress exposé earlier today. LifeNews reports that their VP for communications wants everyone to know there’s no real story here. This is just business as usual. Trust them:


“In health care, patients sometimes want to donate tissue to scientific research that can help lead to medical breakthroughs, treatments and cures for serious diseases. Women at Planned Parenthood who have abortions are no different. At several of our health centers, we help patients who want to donate tissue for scientific research, and we do this just like every other high-quality health care provider does — with full, appropriate consent from patients and under the highest ethical and legal standards. There is no financial benefit for tissue donation for either the patient or Planned Parenthood. In some instances, actual costs, such as the cost to transport tissue to leading research centers, are reimbursed, which is standard across the medical field.
“A well-funded group established for the purpose of damaging Planned Parenthood’s mission and services has promoted a heavily edited, secretly recorded videotape that falsely portrays Planned Parenthood’s participation in tissue donation programs that support lifesaving scientific research. Similar false accusations have been put forth by opponents of abortion services for decades. These groups have been widely discredited and their claims fall apart on closer examination, just as they do in this case.”

There are multiple problems in this response, but LifeNews points out the most obvious:


However, federal law prohibits the sale of body parts of aborted babies. In fact, the sale or purchase of human fetal tissue a federal felony punishable by up to 10 years in prison and a fine of up to $500,000 (42 U.S.C. 289g-2).

It’s not illegal to donate tissue, but the sale of it is definitely illegal. The costs to which Ferraro alludes would not apply in abortions, since that is a paid-for procedure by the mother. Transportation costs would almost certainly not apply on a body-part basis either, especially with the wide disparities of price noted by PP’s Senior Director of Medical Services, Dr. Deborah Nucatola in the video.

Abortion is not one of my issues. I rather think all liberals ought to have them, on the chance that it is a genetic condition.  However, I find the thought of selling the parts distasteful, particularly if they haven't notified the tissue donors (meaning the mother) that they are doing it.

Email ThisBlogThis!Share to TwitterShare to FacebookShare to Pinterest
Labels: abortion