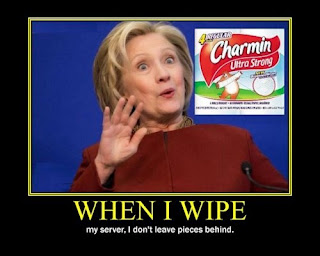 It's a big one, so lets just get started.

IG to Congress: Hillary sent at least 4 classified e-mails through her server

When the New York Times published its scoop on the Inspectors General request for a criminal probe by the Department of Justice into Hillary Clinton’s e-mail system, the spin at first was that this was either (a) just focused on the FOIA releases or (b) regarding ex post facto classification. A letter obtained by the Wall Street Journal from the intelligence community IG dashes both of those scenarios. The letter, directed to Congress, accuses Hillary Clinton of sending material classified at the time through her private and unsecured e-mail server on at least four occasions, violating the law:


An internal government review found that former Secretary of State Hillary Clinton sent at least four emails from her personal account containing classified information during her time heading the State Department.
In a letter to members of Congress on Thursday, the Inspector General of the Intelligence Community concluded that Mrs. Clinton’s email contains material from the intelligence community that should have been considered “secret” at the time it was sent, the second-highest level of classification. A copy of the letter to Congress was provided to The Wall Street Journal by a spokeswoman for the Inspector General.
The four emails in question “were classified when they were sent and are classified now,” said Andrea Williams, a spokeswoman for the inspector general. The inspector general reviewed just a small sample totaling about 40 emails in Mrs. Clinton’s inbox—meaning that many more in the trove of more than 30,000 may contain potentially secret or top-secret information.

That’s a failure rate of … ten percent. The sample of 40 e-mails indicates that there may have been massive amounts of classified material sent in the 33,000 e-mails that Hillary Clinton actually produced. One has to wonder how many of the other 30,000-plus e-mails that Hillary claimed were personal in nature might have even more sensitive material.

At some level, all this worry about whether specific emails that crossed Hillary's desk were classified is irrelevant. Surely, to be able to read and process all of Hillary's a Secretary of State email would be a tremendous coup for any foreign intelligence agency. Even the unclassified would be examined to help form patterns. That's what intelligence analysts do. Do you think they wait around for classified material to drop in their laps? By putting all her email on an unsecured server Hillary basically guaranteed that all her email was monitored. I would be shocked to find that the Chinese were not monitoring all traffic through the Clinton.com server.

Todd: Hillary lost any high ground when she refused to turn over the server


Todd’s correct … as far as he goes. Let’s play this out along a couple of lines of assumption. First, we’ll assume that the e-mail server issue is entirely innocent. We’d have to believe that the Clintons — one of the most politically astute teams in modern American history — fumbled such an easy call by opting for stonewalling over transparency when transparency would have acquitted Hillary. After 23 years in Washington DC and more than a decade prior to that in Arkansas politics at the highest levels, does anyone believe that the Clintons would have made that kind of mistake — especially with the presidency on the line? 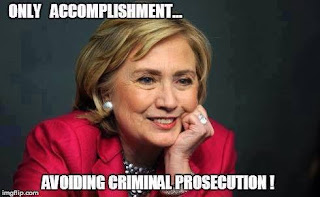 If you were Hillary Clinton, You'd Already be in Jail: Sailor faces 30 years in prison for keeping pics of classified submarine equipment


Since the issue of classification has emerged in the past day or so again, it’s worth remembering just how important it is for national security. This news item from the Hartford Courant in Connecticut demonstrates just how seriously officials are supposed to protect classified material and systems. The Department of Justice has charged a former Navy submariner with multiple crimes involving his retention of cell-phone pictures of classified systems on his boat. Former machinist’s mate Kristian Saucier faces up to 30 years in prison after serving five years in the Navy (via ChuckJ on Twitter):


The FBI says a sailor took illegal photographs of classified systems on the U.S. Navy’s Groton-based, nuclear-powered attack submarine USS Alexandria and later tried to destroy the evidence when he learned that the Navy and FBI were investigating.
The Navy was alerted to the security breach when the town dump foreman in Hampton found a cellular telephone in a Dumpster and decided to keep it to replace his own. When he noticed that the phone contained photographs, he showed them to a retired Navy chief, who called the Naval Criminal Investigative Service.
U.S. Attorney Deirdre M. Daly said Friday that a federal grand jury has charged Kristian Saucier, 28, of Arlington, Vt., with unlawfully retaining photos taken inside restricted areas of a nuclear attack submarine, and obstructing an investigation. …
Naval and FBI investigators said in court filings that Saucier’s telephone contained photographs of the ship’s reactor, reactor compartment and maneuvering compartment, where the nuclear power, steam and electrical systems of the submarine are operated and monitored through control panels.
The investigators said that photographs of the control panels were of such clarity that gauges could easily be read, revealing the Alexandria’s position at the time of the photograph, as well as its maximum speed, which is classified. An engineer reading the photos could “determine significant design characteristics of a U.S. nuclear submarine, including its reactor plant,” the investigators said.
The obstruction charge relates to Saucier’s actions after getting questioned by the FBI. In what seems like an interesting parallel to the Hillary Clinton e-mail scandal, the FBI accuses Saucier of trying to destroy his laptop and dump it on his grandfather’s farm. Saucier told his grandfather that he’d used it for target practice, according to the Courant. 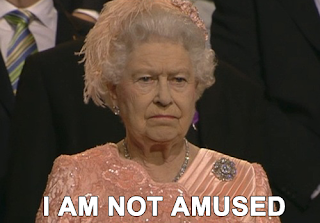 Clintons' charities got £50million of British aid cash: UK government accused of trying to buy influence with US power family


Tens of millions of pounds of UK aid money has been siphoned through charities linked to Hillary Clinton, it emerged last night.
British politicians – including Gordon Brown – stand accused of diverting huge amounts of cash through the organisations after falling under the spell of the US presidential candidate and her husband Bill.

At least £50 million of taxpayer-funded foreign aid money has gone to Clinton charities, which are at the centre of allegations in the US that foreign governments used donations to buy influence.

The UK is one of the biggest donors, handing over more than £20 million last year alone to the Clinton Health Access Initiative (CHAI), an organisation chaired by former President Bill, 68, and whose board includes the couple's daughter Chelsea, 35. Since 2011, a total of £48.9 million has gone into the coffers of this charity alone.
. . .
But critics are concerned that waste at CHAI is so high that British taxpayers may end up paying millions of pounds of management charges – money which they say would be much better spent on front-line disaster relief.

Given that Clinton.com only pays out 10-15%  of donations in actual "good deeds", with the rest being consumed in salaries to Clinton hacks like Sidney "Vicious" Blumenthal, and plane fare for the Clintons and their crew, that seems a pretty solid objection.

Remember when Juan Williams was (temporarily) outcast from polite liberal society for saying the sight of a person in Arab clothes on an airplane frightened him? Good Times!

Admit it, Dems: Hillary Could Strangle a Puppy on Live TV, and You’d Still Back Her (UPDATED: It's worse than you think)


A quick recap: Hillary Clinton, as Secretary of State, violated guidelines from the National Archives and her own State Department by using her own private email server for professional correspondence, and then destroying whatever messages she deemed destructible. 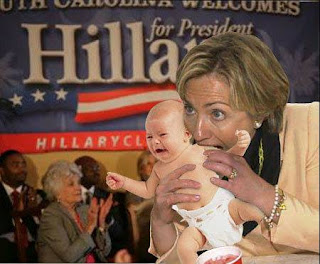 At first Clinton claimed that she needed a single non-governmental email account for "convenience," because she only had one phone. That claim turned out to be provably false. Next, she claimed that it didn’t matter much, because "The vast majority of my work emails went to government employees at their government addresses, which meant they were captured and preserved immediately on the system at the State Department." The latter half of that claim turned out to be provably false, too. She further insisted that none of the emails contained classified information, a claim that many people with intimate knowledge of such things—such as a former senior State Department official—described with phrases like "hard to imagine." And her assertion in a CNN interview this month that she went "above and beyond" the email disclosure requirements was—wait for it—false.

In sum, the Democratic Party's 2016 presidential frontrunner brazenly violated government transparency policy, made a mockery of the Freedom of Information Act, placed her sensitive communications above the law, and then just lied about it, again and again. Now comes word that, unsurprisingly, two inspectors general are recommending that the Department of Justice open a criminal inquiry into the matter. One of their findings was that the private server, contrary to Clinton's repeated claims, contained "hundreds of potentially classified emails."

So how much do Democrats value basic transparency, accountability, and honesty in their presidential candidates? Not bloody much, if you go by the handy polls over at RealClearPolitics. The six national polls taken this January and February, before the email scandal first broke, averaged out to a whopping 43 percentage-point lead for Hillary Clinton. How about the next six, in March and April? Plus 50. The 11 polls in May and June, when Berniementum first started sweeping the country, came in at +48, and the most recent five in July stand at +41.

It's astonishing to me, and I don't think it bodes well for the future of our republic that half of the polity is willing to overlook such up front criminality in their front runner.
Posted by Fritz at 8:13 AM