Parents in Humboldt, Iowa (population 4,690) are petitioning the school district “to prevent students from attending the Iowa Safe Schools conference after realizing it’s more about gay sex than bullying.” The controversy erupted after a conservative group sent an observer to the Iowa Governors Conference on LGBTQ Youth in April. A recent report byThe Family Leader made clear that most of what went on at this gay activist conference had very little to do with promoting safety in schools. Everyone who has paid attention to controversies surrounding “anti-bullying” efforts in schools knows that this is a Trojan Horse by which LGBT activists are smuggling their agenda into K-12 education. 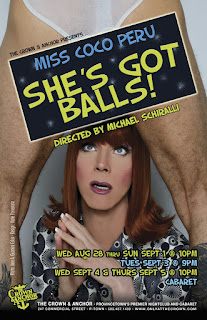 But it wasn't really that bad, right?


Hundreds of kids from around the state were bussed to the April conference in Altoona, Iowa. Among other things, teenagers were entertained by “a drag performer named Coco Peru, who delivered an expletive-laden presentation” and urged students to slash the tires of cars with bumper stickers expressing opposition to the LGBT agenda. Transgenderism and Internet hook-ups were also among the topics discussed:


“There were only two sessions [among more than 20] that had anything to do with bullying. It’s a conference teaching kids how to: how to be confidently homosexual, how to pleasure their gay partners — one session even taught transsexual girls how to sew fake testicles into their underwear in order to pass themselves off as boys.” . . .

The point of such education is not really to teach transexuals how to fake testicles to avoid bullying, for example. It's rather to convince the remaining 99.997% of non-transsexual students that transexuality is good and wholesome, and far more common than it really is.

If Hillary ventures back into Iowa, reporters should repeatedly ask her if she approves of such teaching, using the most explicit examples. Hey, I can dream, can't I?
Posted by Fritz at 2:22 PM