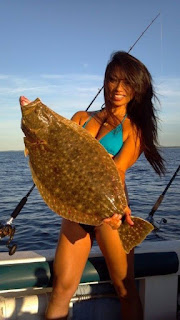 
A dramatic collapse in the reproduction of summer flounder off the East Coast may mean a sharp cut in the catch quota for both commercial and recreational fishermen next summer, according to a science committee on the Mid-Atlantic Fishery Management Council.

Summer flounder, also known as fluke, have been staging a comeback over the past two decades or so with the help of both scientists and fishermen who covet the tasty fish. 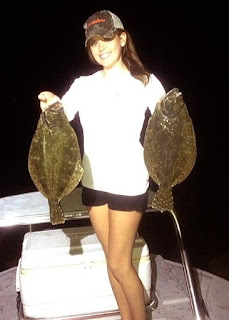 Flounder used to be an abundant enough fish that people around here could target them commercially using hook and line. They don't fight exceptionally well, a bit like a dish rag, until they see the boat and get a little excited. But they're one of the best eating fish.


But a 43-percent cut in the quota has been proposed for a late July meeting of the council, when a decision is expected at that time. 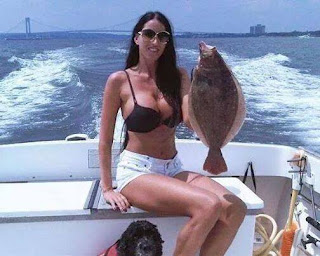 The current size limit in Maryland is 16 inches (which is a pretty small fish - not a whole lot of meat) and a limit of 4 fish per person. It's open all year, but the fish are only here in summer (although I have seen them caught as early a April).

Fote said the only way to live within such a quota cut is to shorten the current May to September season, and increase the minimum catch size.

It won't bother me. I haven't seen a legal sized flounder in years, and only a few shorts. I used to get them with some regularity. That tells me it's time to get serious about conservation.

Wombat-socho has "Rule 5 Sunday: Insert Clever Title Here" up at The Other McCain.
Posted by Fritz at 5:00 AM