I've covered the Younger Dryas controversies as they have arisen over the past few years. The Younger Dryas event was a rapid cooling back to near glacial conditions as the the climate warmed at the end of the last major glaciation, between 12,800 and 11,500 years BP. There have been competing explanations over its cause, between a collapse of the ice sheets causing freshwater to shut down the global thermohaline circulation, or a cosmological impact event and the resulting "astronomical winter". Several groups reports evidence of impact debris, around the right time, but no impact site has been reported. A new report claims to narrow the time of the impact debris from many sites to a narrow time window just prior to the start of the Younger Dryas cooling: 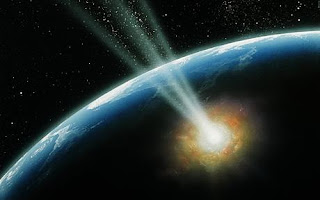 
At the end of the Pleistocene period, approximately 12,800 years ago­ — give or take a few centuries — a cosmic impact triggered an abrupt cooling episode that earth scientists refer to as the Younger Dryas.

New research by UC Santa Barbara geologist James Kennett and an international group of investigators has narrowed the date to a 100-year range, sometime between 12,835 and 12,735 years ago. The team’s findings appear today in the Proceedings of the National Academy of Sciences.

I wish I knew more about Bayesian statistics. I distrust the kind of arm-waving that claims to "correct" all these various dates to the "right" range. It wouldn't be the first time scientists fooled themselves into finding the data their hypothesis demanded.


“This range overlaps with that of a platinum peak recorded in the Greenland ice sheet and of the onset of the Younger Dryas climate episode in six independent key records,” explained Kennett, professor emeritus in UCSB’s Department of Earth Science. “This suggests a causal connection between the impact event and the Younger Dryas cooling.”

Unfortunately, the impact site continues to elude researchers. Was it submarine and not yet found, or on top of a glacial cap which melted, erasing the evidence?


In a previous paper, Kennett and colleagues conclusively identified a thin layer called the Younger Dryas Boundary (YDB) that contains a rich assemblage of high-temperature spherules, melt-glass and nanodiamonds, the production of which can be explained only by cosmic impact. However, in order for the major impact theory to be possible, the YDB layer would have to be the same age globally, which is what this latest paper reports.

“We tested this to determine if the dates for the layer in all of these sites are in the same window and statistically whether they come from the same event,” Kennett said. “Our analysis shows with 95 percent probability that the dates are consistent with a single cosmic impact event.” 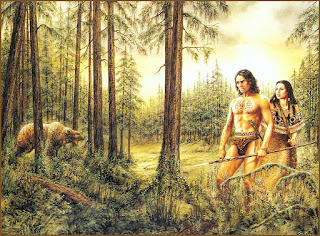 The Younger Dryas is also notable for its coinciding with the end of the first major stone culture in North America, the Clovis culture, and the extinction of many species of large mammals in North America.

There had been some suggestion that the Clovis culture was descended from European migrants (based on a similarity between European Solutrean and Clovis tools), but recent genetics evidence show that Clovis were probably just early American Indians.

Previous posts on the Younger Dryas, Clovis Culture and the Solutrean Hypothesis: