Puttin' On the Dog

Meet the woman who turns roadkill into fine fur


What most of us call roadkill, Pamela Paquin calls “accidental fur.” She takes the casualties of New England roadsides and turns them into accessories that sell for more than $1,000 apiece.

I found this article through Althouse, who reads fashion crap, so I don't have to. But as I believe I've said before, I have some experience with hunting, trapping and tanning hides, so I was intrigued. I was also impressed by the number of articles on it, and the variety of photos. She's getting tons of good press.


But her goal isn’t just to make money. She wants to make fur – fraught with controversy due to animal cruelty concerns – an ethical, sustainable fashion statement.

While I'm strongly in favor of both well managed hunting and trapping, certainly making use of the roadkill is a worthy endeavor; let the vultures and other scavengers go on a diet.


The task isn’t for the faint of heart.

She harvested her first roadkill last year with the help of a hunter and a shot of whiskey. “I got this crazy knife that was completely wrong for the task, got my hazmat suit on, took a shot of whiskey and just started doing it,” Paquin, 39, said in an interview with The Washington Post. 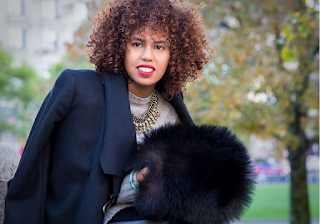 Oh hell, it shouldn't take a shot of whisky; and if it did, one shot wouldn't be enough. Just start with a sharp knife, and put a clothes pin on your nose. But then, my teenage job often consisted of removing large numbers of dead fish from fish tanks at a whole sale tropical fish warehouse.


That first animal, a raccoon, was unfortunately harvested “too early in the season” for roadkill. The animal was rotten and its insides had totally liquefied. Gross.

Most people would have probably abandoned the whole idea after that. But Paquin persevered — and now raccoon is her most popular pelt. 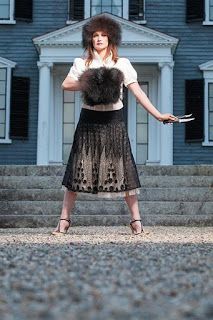 Around here, one would have a plethora of squirrels (the fresh fall crop are exceptionally stupid), lots of deer, which make lousy fur but good leather, and a splmattering of opossum, skunks and raccoon, and of course the dog and cats. Coyotes and bobcats live locally, but I have yet to see one, let alone one flattened.


A few years ago, Paquin found herself at a crossroads with little money and a daughter to raise on her own.

Last year, she found herself “sitting in the woods literally staring at the trees. Winter was coming. I was like: ‘What am I doing to do with myself? There was that dead raccoon on the road the other day. My cousin’s a hunter. Maybe I should just do this.’” 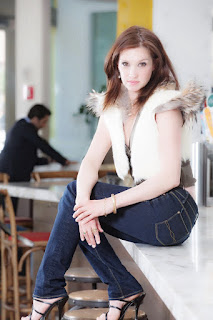 No fair stealing from Nike!


Paquin has never been shy about collecting animal carcasses. In 6th grade, she brought the dead animals she found by the roadside of her suburban Massachusetts home to school for dissection in the lab.

It didn’t seem weird to a kid who grew up on a dairy farm in a family that hunted and raised animals. As she put it: “We were all elbow deep in all of that.” 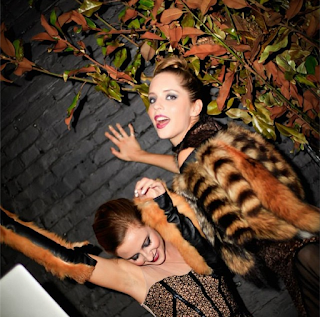 One of the many ways that city and rural dwellers differ is their degrees and areas of fastidiousness. Rural folk tend to more fastidious about homosexuality, and less so about animal guts.


When she decided to start her business, her first stops were the highway department and animal control in Jaffrey, N.H. “I just made up some business cards and went around to all the local guys who are responsible for picking up roadkill and was like ‘Hi, my name is Pamela. Will you call me when you have roadkill?’”

Wombat-socho snuck in under the wire with "Rule 5 Sunday: Fightin’ Words" after a bout with trolls.
Posted by Fritz at 6:00 AM