While cycling in Philadelphia in November 2003 she was hit by a car whose driver had ignored a red traffic light. In the accident she suffered serious head and spinal injuries and her pelvis was broken in two places. Because of these severe injuries she was confined to her hospital bed for a year and had to remain lying on her back. As a further consequence of her injuries she had to re-learn simple tasks such as brushing her teeth and walking. The most noticeable effect of the neural injuries she suffered is that she was left hyper-sensitive to both light and sound, therefore requiring her to wear dark sunglasses at nearly all times to shield her eyes. The accident also resulted in both long and short term memory problems and difficulty with her sense of time. Gardot has described coping with this as like "climbing Mount Everest every day" as she often wakes with no memory of what she has to do that day. 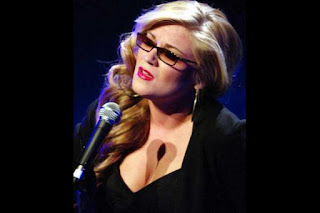 Initially prompted by an attending physician who believed music would help her brain injury drastically improve, Gardot began writing music after her accident and now often speaks about and advocates music therapy. The accident had damaged the neural pathways between the brain's two cortices, which control perception and higher mental function, and made Gardot (in her own words) "a bit of a vegetable." As well as making it very hard for her to speak or communicate properly, she found it difficult to recall the right words to express her feelings. 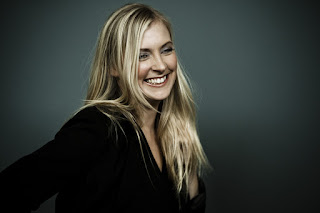 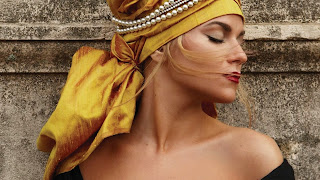 Gardot's doctor at the University of Medicine of New Jersey, Richard Jermyn, compared her condition to a computer. The computer was still intact and the memory was there but she could not access it. “That's what a brain injury does - It takes your ability to access that away”, Jermyn stated. 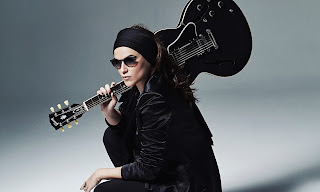 For several years after the accident Gardot traveled with a physiotherapist and carried a transcutaneous electrical nerve stimulation (TENS) machine strapped to her waist which released pain reducing impulses. While onstage Gardot explains, "the first maybe half a dozen times experiencing this, that was the only 30 minutes in my life that I did not feel pain for that moment. And it was addictive." And so from her accident to her first performances, her music career was born. “It was a most unusual start, but when you come from a place where things are tough it makes it that much easier to appreciate the times when life is easy”, she said.

Wombat-socho snuck in under the wire with "Rule 5 Sunday: Fightin’ Words" after a bout with trolls.
Posted by Fritz at 12:00 AM