Clinton.com Gets By With a Little Help From Her Friends 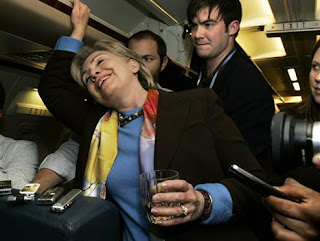 Patti Solis Doyle, a longtime Hillary Clinton adviser who served as campaign manager during her failed 2008 presidential bid, joined CNN as a political commentator Tuesday morning and penned an op-ed for the network about the Democratic presidential candidate.

During the piece, Solis Doyle, who has previously described Clinton as a “fun” drinker and a gossip, zeroes in on her experience tossing back beers with the former first lady. 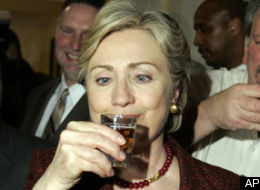 “Having worked for her for more than 17 years, I’ve had a beer (or two) with her and I can tell you it is a hell of a lot of fun,” Solis Doyle brags. She spotlights her affinity for “the ‘which candidate would you rather have a beer with’ game,” though neglects to admit whether she would prefer to imbibe with Clinton or other competing candidates. 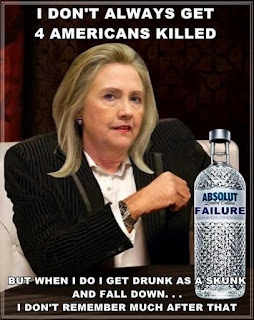 “She’s a lot of fun,” Solis Doyle alleged. “She likes to hang out and drink and gossip.”

“She hangs out and she laughs and she likes to gossip, like, ‘who are you dating?’” she added.

New York Times reporter Amy Chozick would likely corroborate Solis Doyle’s claims. The journalist, who covers Clinton, told ABC News in a February interview ahead of Clinton’s official campaign launch, “She likes to drink. We were on the campaign trail in 2008 and the press thought she was just taking shots to pander to voters in Pennsylvania.”
“Um, no,” Chozick continued.

Just what America needs, a falling down drunk in the White House answering those 3 AM phone calls in a slurred voice.


Clinton aide Cheryl Mills was working as both State Department chief of staff and as NYU general counsel from January to May 2009, the Washington Free Beacon first reported last month. Mills helped the school bring Clinton as its May 13, 2009, commencement speaker and was involved in her speech-drafting process, emails indicate.

The university announced in March 2009 that Clinton would speak at the event. Securing the secretary of state was a significant coup for NYU, and led to a record audience and increased publicity.

NYU officials thanked Mills in emails that she passed along to Clinton. They were included in a large collection of emails released by the State Department last week.

She must be really good to be able to hold down two full-time jobs in different cities. This is a pattern with the Clintons. Huma Abedin Weiner also held down a full time job as Mrs. Clinton's lesbian lover aide while consulting with outside contractors (and feeding the Muslim Brotherhood inside knowledge).