Remember the saying "He who dies with the most toys wins"? 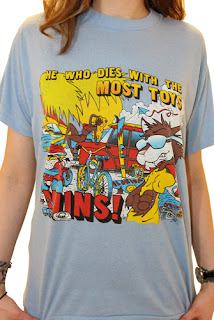 
An attorney said Wednesday that the body of a mystery man was decomposing in his car in the tony Pacific Palisades neighborhood in Southern California for nearly two weeks before he was found by authorities on July 17.

They also found eight of the 14 vehicles registered to the man stashed across Los Angeles, including a Toyota SUV designed to drive underwater.

Who the man was and how he came to accumulate the arsenal and vehicles are questions authorities are still trying to answer.

The next question is who are his heirs . . . Sounds like something one of my uncles might do. Are they all accounted for?