I Kind of See Their Point 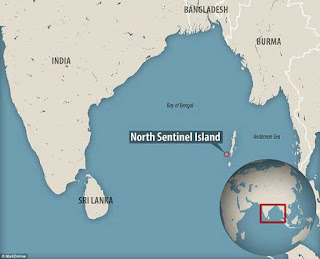 
North Sentinel Island is located in the Bay of Bengal off of the coast of India. It is well away from landlocked earth, and while it is officially administered by India, no one has been able to make contact with the native inhabitants. The island is one of the last remaining uncivilized areas of the earth, existing in a rare state of conceded sovereignty.

An indigenous tribe has lived on North Sentinel Island with extremely limited contact with outsiders. Anyone who has attempted to explore the island has been attacked or outright killed. North Sentinel is so dangerous for outsiders that India’s government has established a three-mile exclusion zone in an effort to prevent more violence.

On January 26, 2006, two fishermen were killed by Sentinelese when their boat drifted near the island. The bodies were tossed into shallow graves. An Indian coastguard helicopter attempted to retrieve the fishermen’s bodies, but was prevented from landing when it was greeted with a volley of arrows from the tribesmen. 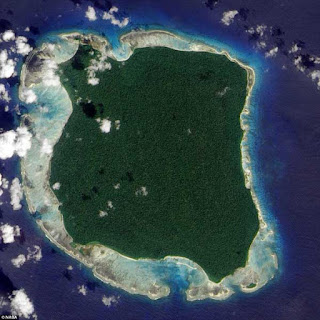 Skipping past multiple acts of violence against outsiders attempting to land on North Sentinel.


Believed to number anywhere from 50 to 400, the Sentinelese have lived in isolation on the island for 60,000 years.

It's hard to imagine that such a small population could be stable for such a long time. Only 40,000 years ago, the glaciers stood tall over most of North America and Europe, and our ancestors were consorting with Neandertals and Denisovans.

If true, they would be of extreme interest Anthropological geneticists that hang around Dienekes'. I rather suspect that if they ever get there safely and get a sample, it will turn out that they are of much more recent origin, or at least have a strong admixture of more modern blood.


The deep tree canopy makes it difficult to observe the Sentinelese from the air, but based on limited observational data it is assumed that they are hunter-gatherers; agriculture does not appear to be known to them.

They have managed to create metal-tipped arrows by carving out pieces from the hulls of wrecked shops. If not for this practice, the Sentinelese would be described as Stone Age people.

I hear Obama is trying to get them all green cards.


The Sentinelese violence is almost certainly simply related to self-preservation, and they have been successful while other indigenous tribes have been wiped out. For now, the Indian government seems content to allow the native people to preserve their isolation, at least partially for fear that bacterial contamination may cause their extinction. So the people of North Sentinel Island continue to live in isolation, unaware and uncaring of the evolution of the world around them, on a tiny island in the great wide ocean.

I wish them well, and hope they can come to some accommodation with the modern world.  Now, the obligatory jungle girl: 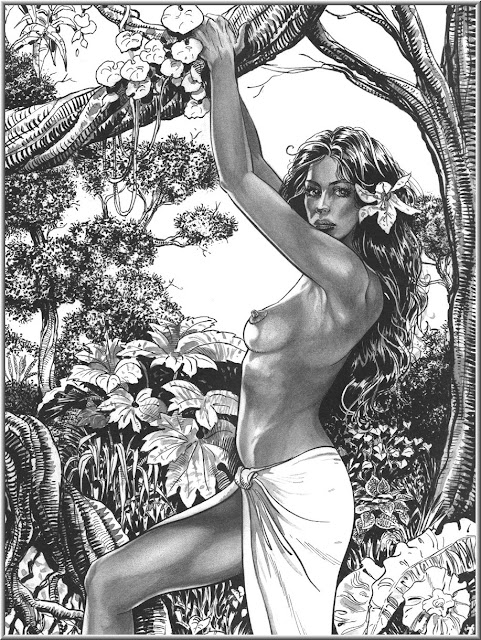