I would really like to claim this as an FMJRA (Full Metal Jacket Reach Around) from Wombat-sochos mostly daily "Live at Five: 09.10.14", but I already used that in yesterday's post "I'm Shocked, Shocked".  Oh wait, I just did. Never mind.

Also in today's Live at Five, in the little section "Famous for Being Famous" was an item on two of my "favorite" singer subjects: Katy Perry Slams Unnamed Mean Girl After Rumor Of Taylor Swift Feud. Ah, the perfect lead in for the 6 AM eye opener...


In the early hours of Tuesday, Sept. 9, Katy Perry took to Twitter to warn her 56.7 million followers of an unnamed mean girl — less than 24 hours after fresh speculation began of a supposed feud between Perry and Swift.

"Watch out for the Regina George in sheep's clothing…" Perry, 29, tweeted without context on Tuesday, referencing the lead character and ultimate mean girl, played by Rachel McAdams, who faced off against Cady Heron, played by Lindsay Lohan, in the hit 2004 comedy Mean Girls. 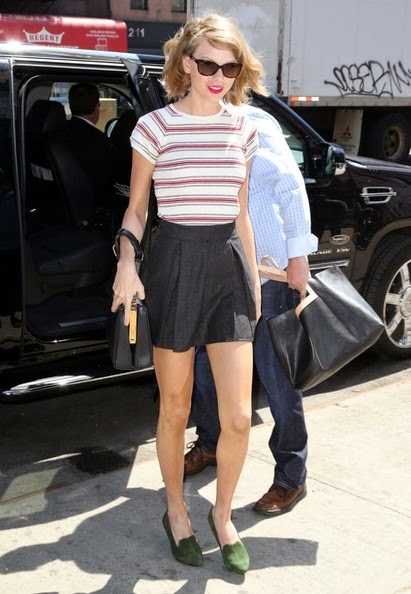 I have to say, I'm ever so grateful for Katy Perry having re-popularized a generous display of bosom in a woman singer.


The cryptic words followed widespread chatter that there is tension between the "This Is How We Do" performer and Swift, 24.

The drama started when the "Shake It Off" singer gave a revealing cover story interview for the new issue of Rolling Stone, and at one point during the sit-down, spoke tantalizingly of issues she has with another famous female artist.

And to Taylor Swift, not as amply endowed as Katy, at making a valiant effort to revive the popularity of the mini-skirt. And pretty decent legs, too! 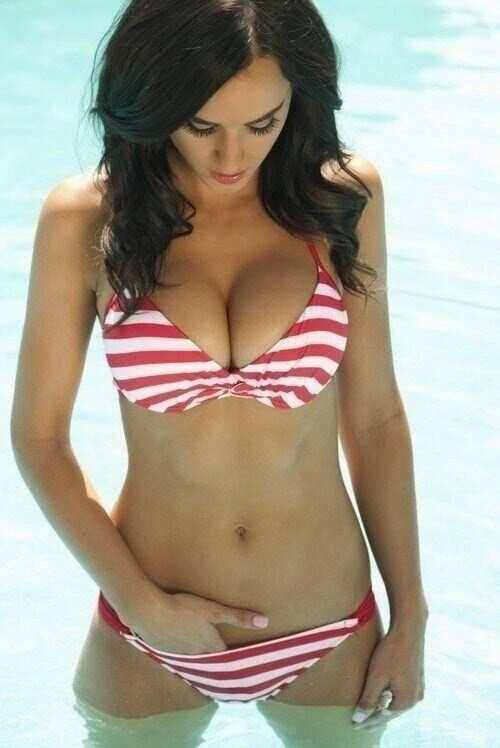 Said artist is the subject of a song called "Bad Blood," which is featured on Swift's upcoming album, 1989. Explaining the song's inspiration, she told Rolling Stone, "For years, I was never sure if we were friends or not. She would come up to me at awards shows and say something and walk away, and I would think, 'Are we friends, or did she just give me the harshest insult of my life?'… She did something so horrible. I was like, 'Oh, we're just straight-up enemies.' And it wasn't even about a guy! It had to do with business. She basically tried to sabotage an entire arena tour. She tried to hire a bunch of people out from under me. And I'm surprisingly non-confrontational — you would not believe how much I hate conflict. So now I have to avoid her. It's awkward, and I don't like it." 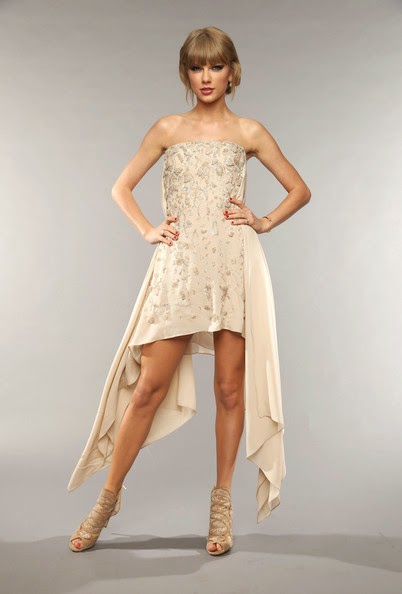 She tried to steal your roadies? Dang, that's harsh. Next thing you know they'll be wanting freedom to choose their own owners, like cats do.


While Swift mentioned that the feud wasn't about a boy, she and Perry both famously dated John Mayer, and Rolling Stone notes that when "pressed," Swift said there was a personal aspect to the drama, "but I don't think there would be any personal problem if she weren't competitive."

Really, neither of them do much for me in terms of music, although a few of Katy's hits have been a bit catchy. I liked Taylor before she switched to pop. As somebody else once said: "At some point you've made enough money".

But if you decide to fight it out, can I watch?

Wombat-socho must have skipped the Redskins's game to post "Rule 5 Sunday: The Man Who Saved Britain" at The Other McCain. Also linked at Pirate's Cove "Sorta Blogless Sunday Pinup".
Posted by Fritz at 6:00 AM