I Guess This Means They'll Look For it in Our Checked Baggage?

Protecting the infrastructure of American cities from the effects of climate change is rising on the agenda of the U.S. Department of Homeland Security, according to a top agency official.

"Increasingly, we've moved not only from a security focus to a resiliency focus," said Caitlin Durkovich, assistant secretary for infrastructure protection at Homeland Security, an agency better known for its fight to curb terrorist threats.

Durkovich spoke Thursday on a panel at the Rising Seas Summit, a three-day conference organized by the U.S.-based Association of Climate Change Officers to discuss tools and ideas on building resiliency, particularly against rising sea levels.

In the aftermath of 2012's Hurricane Sandy, which devastated large swathes of the Northeastern U.S and caused over $60 billion in damages, Durkovich said her department reviewed the task of rebuilding with a new focus on "how to think about baking in resilience from the get-go."

Just a reminder; there is no evidence of increased hurricane activity or increased sea level rise as a result of "global warming": 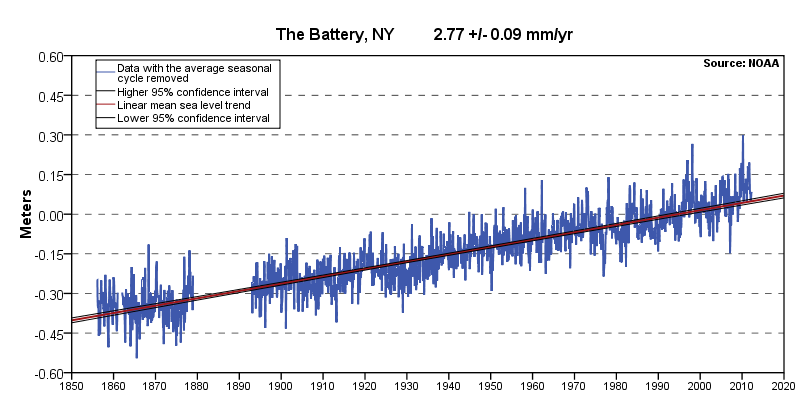 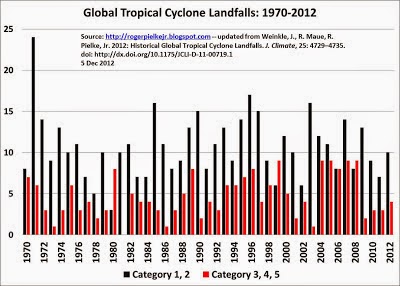 Now, it's good for them to be thinking about what is to be done about potential climate changes in the future, because they will happen, humans or not, but history suggests that given the opportunity, humans simply adapt and move on. Everyone thinks the weather should be what they experienced when they were 18.  Adulthood is full of disappointments.


To that end, she said, she has assembled a team of specialists, including city planners, in conjunction with the National Academy of Science to develop better tools for planning.

The Department of Homeland Security already has launched regional efforts to assess resilience of infrastruction and judge where gaps in adaptation and preparedness may be, she said.

For example, the Portland, Maine area is being looked at in terms of risks from rising sea level, how floods might be mitigated and how to deal with saltwater intrusion into what had been bodies of fresh water. The results will then be shared with other coastal communities, she said. 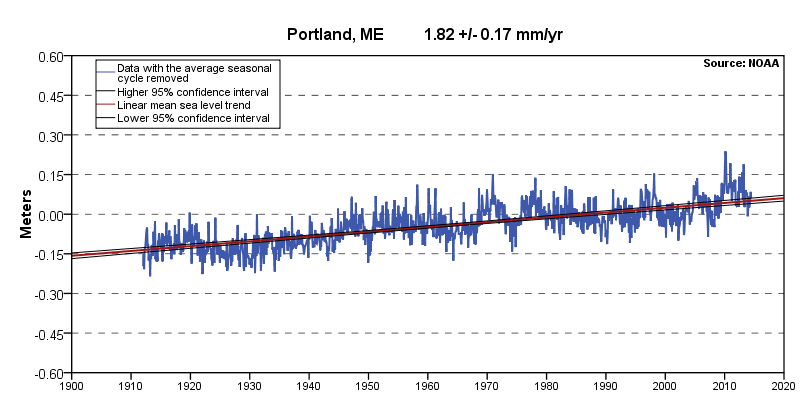 Similarly, no evidence for an acceleration of sea level rise in Maine, in fact, it's less there than NY or here.


California, which has the country's second longest coastline after that of Alaska, also is looking increasingly at climate change adaptation and resilience, said fellow panelist Ken Alex, senior policy advisor and director of the California Governor's Office of Planning and Research.

And California, well it depends on where you look, but take a look at Crescent City, a city truly threatened by floods from tsunamis (It happened in the Good Friday Alaska quake, as well as some damage after the recent Japanese quake): 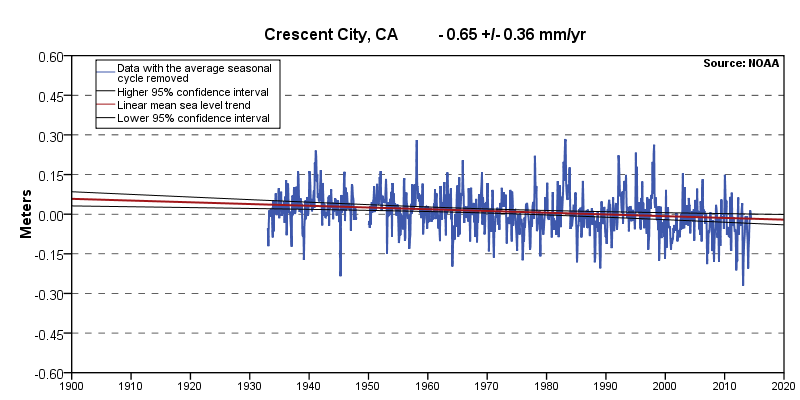 Yep, sea level is actually declining somewhat in Crescent City, because of tectonic activity (uplift). The reason Crescent City is threatened by tsunamis is because it was built close to the water (a fishing town), near a point which focuses the energy of the waves.  One more, Skagway, Alaska (a lovely little town). 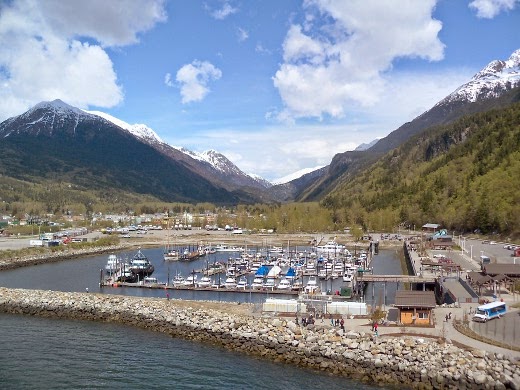 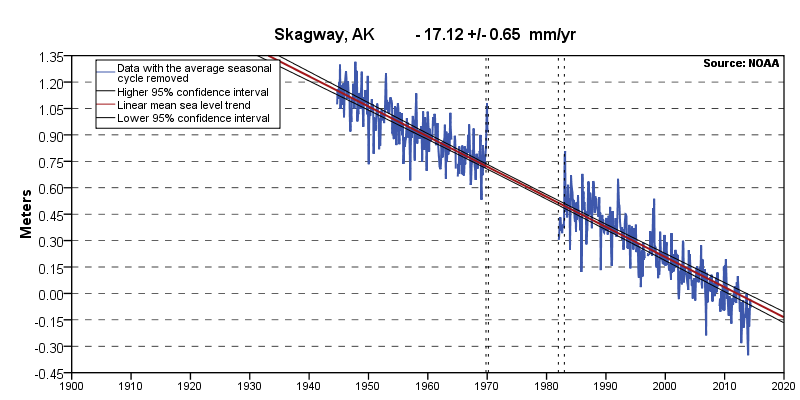 Man, that town is being shoved up the Chilkoot Trail! They better start digging now to keep at sea level.

The problem here is that the DHS is being used to address a problem for which it is not suited. DHS is an agency that never should have been created in the first place, and throwing them at the non-problem of sea level rise is simply a waste. However, the Obama administration has decided that climate change is the nail, and big government is the hammer they need to pound it.
Posted by Fritz at 9:24 AM