The Curtain Closes on Climate Change . . .


The curtain has come down on Climate Change: The Musical and reviews of the taxpayer-funded play about global warming are downright icy.

The play, which is actually entitled "The Great Immensity," and was produced by Brooklyn-based theater company The Civilians, Inc. with a $700,000 grant from the National Science Foundation, ended its run early amid a storm of criticism from reviewers and lawmakers alike. It opened a year late, reached just five percent of its anticipated audience and likely fell short of its ambitious goal of informing a new generation about the perceived dangers of man-caused climate change.

Plus, it apparently wasn't very good.

“Despite fine performances, the musical mystery tour is an uneasy mix of fact and credulity-stretching fiction. It’s neither flora nor fauna,” New York Daily News reviewer Joe Dziemianowicz wrote in a review at the time. “[The] songs — whether about a doomed passenger pigeon or storm-wrecked towns — feel shoehorned in and not, pardon the pun, organic.” 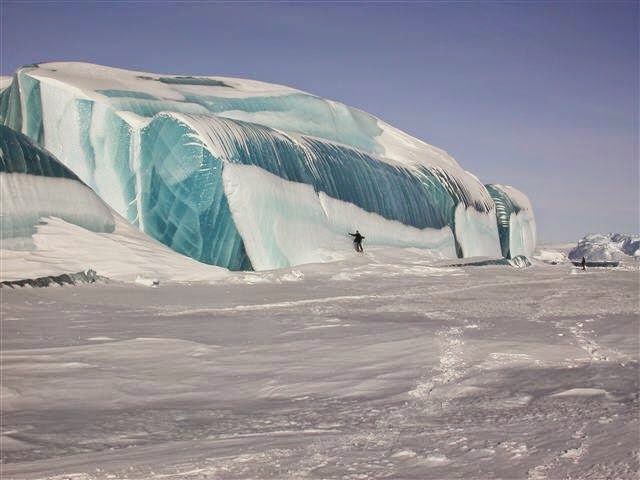 Why am I not surprised that a state sponsored propaganda play wasn't very good.  And why the hell is the National Science Foundation funding a musical? Whatever happened to the National Endowment for the Arts?

To be fair, it's pretty hard to simulate a melting glacier on the small stage.
Posted by Fritz at 9:26 AM