Holder running out the clock on Fast & Furious 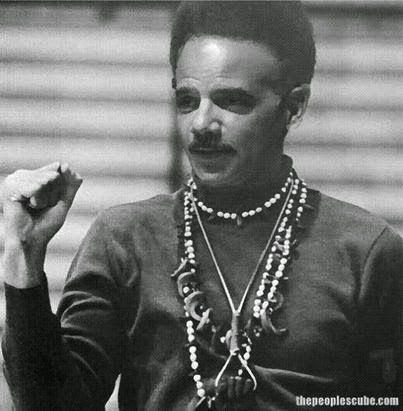 One of the first major scandals of the Obama administration may not get resolved until after Barack Obama leaves office — at least, if Eric Holder has anything to say about it. Politico’s Josh Gerstein reported last night on an effort by the Attorney General to keep the issue of executive privilege and Congressional subpoenas from resolution, even after a federal judge ordered Holder and the Department of Justice to submit documents to the House Oversight Committee. If successful, it might push the appeals process so far out that Obama will leave office before Congress can exercise its oversight responsibilities properly:


Attorney General Eric Holder is again asking a federal court to delay the transfer of disputed documents relating to Operation Fast and Furious to a House committee.
In a new court filing Monday night, Justice Department lawyers asked U.S. District Court Judge Amy Berman Jackson not to require Holder to turn over any of the roughly 64,000 pages of documents to the House Oversight and Government Reform Committee until after her rulings can be appealed to the U.S. Court of Appeals for the D.C. Circuit.
“The Department respectfully submits that it would be preferable for the parties, this Court, and the D.C. Circuit — if an appeal were taken — to have any injunctive order await the conclusion of the district court litigation to allow for orderly and complete appellate proceedings,” DOJ lawyers wrote.
Jackson has previously denied DOJ permission to file an immediate appeal, although lawyers for Holder indicated in the new filing (posted here) that they may do so anyway. Any appeal is likely to take months and perhaps more than a year to resolve. If that process does not begin until Jackson rules definitively on the the executive privilege claim President Barack Obama has made for many of the documents, the timeline for the case being resolved could begin to approach the end of the Obama administration.

I’m certain that this outcome would break no hearts at the White House, but it’s ridiculous nonetheless. They have dragged out this process for more than three years — which is more than half of Barack Obama’s time in office. 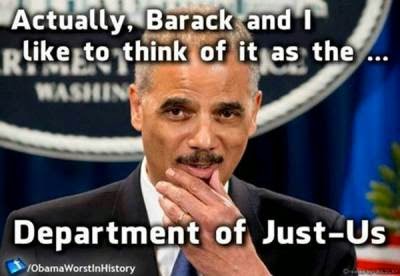 It's amazing what government can and can't do in 3 years, depending on their motivations.

Holder is also, as we well know, sitting on the DOJ investigation of the IRS abuses.  But in contrast to government malfeasance, Holder seems in a hurry to find someone to hold accountable for corporate fraud:


The Justice Department sent a warning to major corporations Wednesday, saying it will seek out individual corporate wrongdoers and not just blame the company.

U.S. Attorney General Eric Holder had a clear message for all companies under investigation in a speech that largely focused on financial fraud cases. The government has been criticized for repeatedly reaching deals with large banks and other companies in which they agree to pay massive fines, but few if any corporate executives are charged criminally.

“Despite the growing jurisprudence that seeks to equate corporations with people, corporate misconduct must necessarily be committed by flesh-and-blood human beings. So wherever misconduct occurs within a company, it is essential that we seek to identify the decision-makers at the company who ought to be held responsible,” Holder said in a presentation at the New York University School of Law, according to remarks released by the Justice Department.