Why Is James Clapper Still Employed?

. . .But Clapper’s resignation has already been demanded by a person whose authority is beyond our poor powers to add or subtract: the president of the United States.

There is just no other way to parse President Obama’s comments on Sunday’s 60 Minutes.

“I think our head of the intelligence community Jim Clapper has acknowledged that they underestimated what had been taking place in Syria,” the president told Steve Croft. When Croft went on to note that Clapper had also mentioned the failure of the “intelligence community” (a catch-all term for the 17 intelligence agencies that are publicly known, including the Central Intelligence Agency, the Federal Bureau of Investigation, and the intelligence services maintained by such varied departments as Defense, Energy, and Homeland Security) to get an accurate measure of the Iraqi army’s ability to fight, Obama responded “That’s true. That’s absolutely true.”

In my view, James Clapper should have been gone a long time ago, when he was first caught blatantly lying to Congress about the NSA surveillance being carried out on the public. Deliberate deception of Congressional oversight should be a capital crime as far as government careers are concerned. As Tom Lehrer said, in a slightly different context "If you can't communicate, the very least you can do is shut up."

But Obama stood by his man, and a Congress divided between democrats and republicans couldn't get exercised enough to get together about being deceived and force him out. 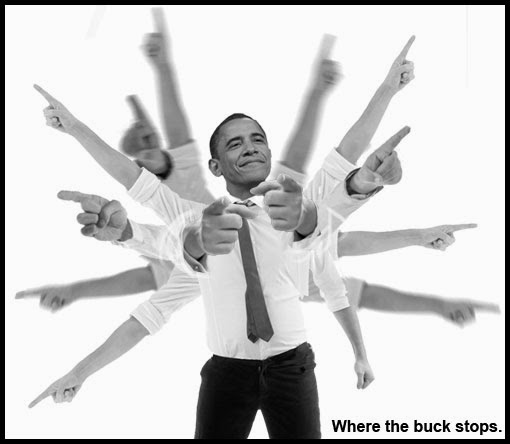 Now, my theory on Presidents and the collection, presentation, and consumption of intelligence, based on nothing but my intimate knowledge of governmental organizations:

The many intelligence services collect a whole lot of information, much of it vague and even contradictory, and no doubt, in many cases, just flat wrong, as other countries have a strong motive for deceiving the United States.

To get to the President, a whole lot of that stuff needs to be boiled down to a few simple points, so he can get on to the golf course with plenty of time to get into the monkey suit for the evening fund raiser.

I have faith in bureaucrats, however, that the pertinent points are stated with sufficient equivocation (probabilities even), that President Jarrett Obama, has a number of options to focus on, probably arranged in some form of priority.

The President then, gets to pick among the options according to his own internal disposition. Now, President Bush, particularly after 9/11, was strongly inclined to assume to worst, and most warlike nuggets of intelligence, (and remember, before the Iraq war, even prominent democrats thought Saddam Hussein was up to no good).  The President chose accordingly.

However, President Jarrett Obama ran as the quintessential anti-war President, choosing to vote "Present!", and take the least possible action in the face of deliberate provocations.

Finally, we get to the feed back loop. Whosoever's intelligence that reaches the Oval Office and is acted upon by the President gains power and authority within the intelligence community, and is more likely to be forwarded to the President, and ranked higher among the possibilities laid out for the President in the future. No bureaucrat wants to be be put in the position of giving the top guy a plate of vegetables, however nicely cooked.

So, I'm relatively sure the President was told of the dangers of ISILS, but it was not high on the menu, or prominently featured. It was there, and he chose to overlook it, in favor of the chili dog with fries, and a large coke of doing nothing. 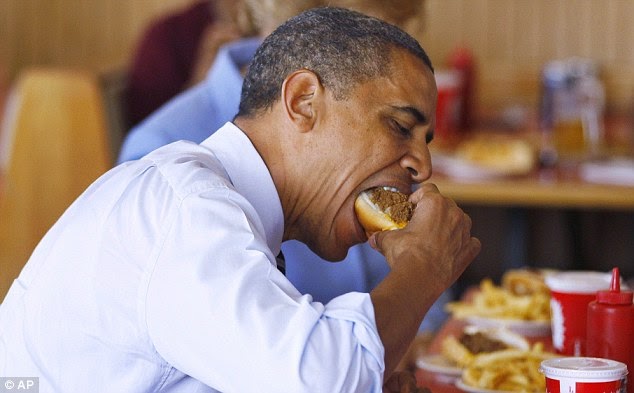