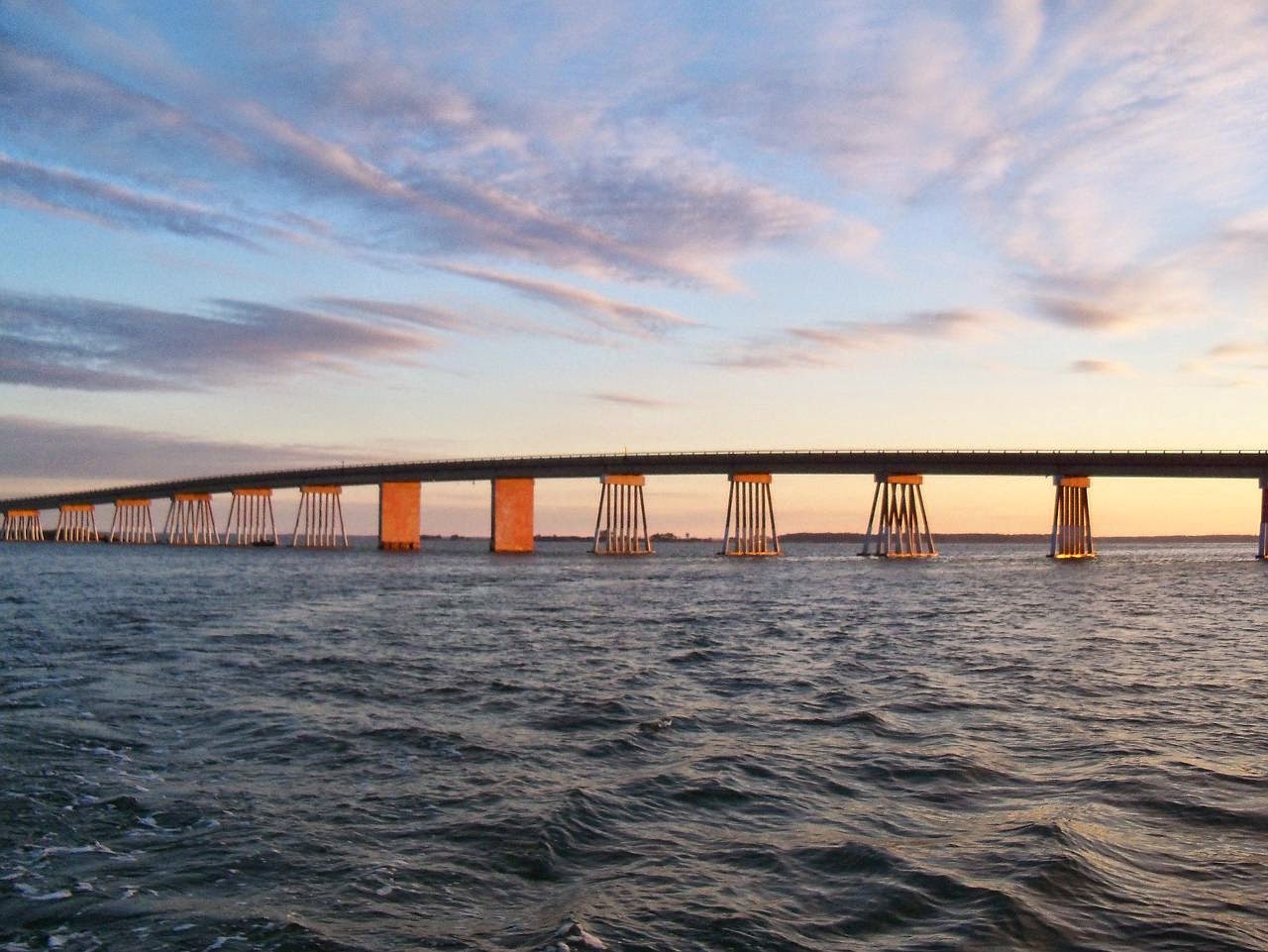 I took a day off of exercising to take a day of walk on fishing with "Walleye" Pete Dahlberg (Four Seasons Guide Service) and 4 other people I hadn't fished with before. 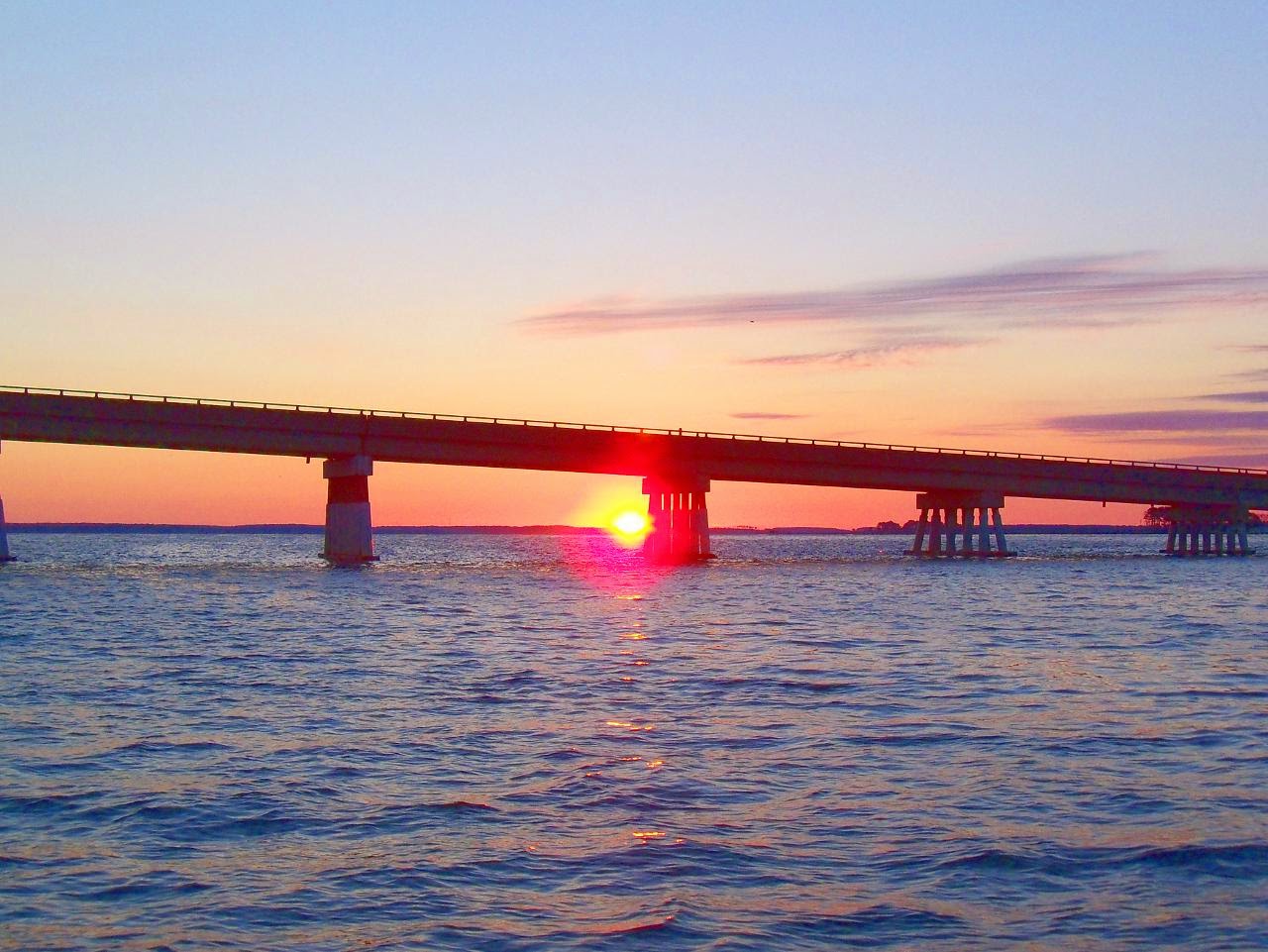 Sunrise at the lower Hooper's Island Bridge, our first stop out of Solomon's: 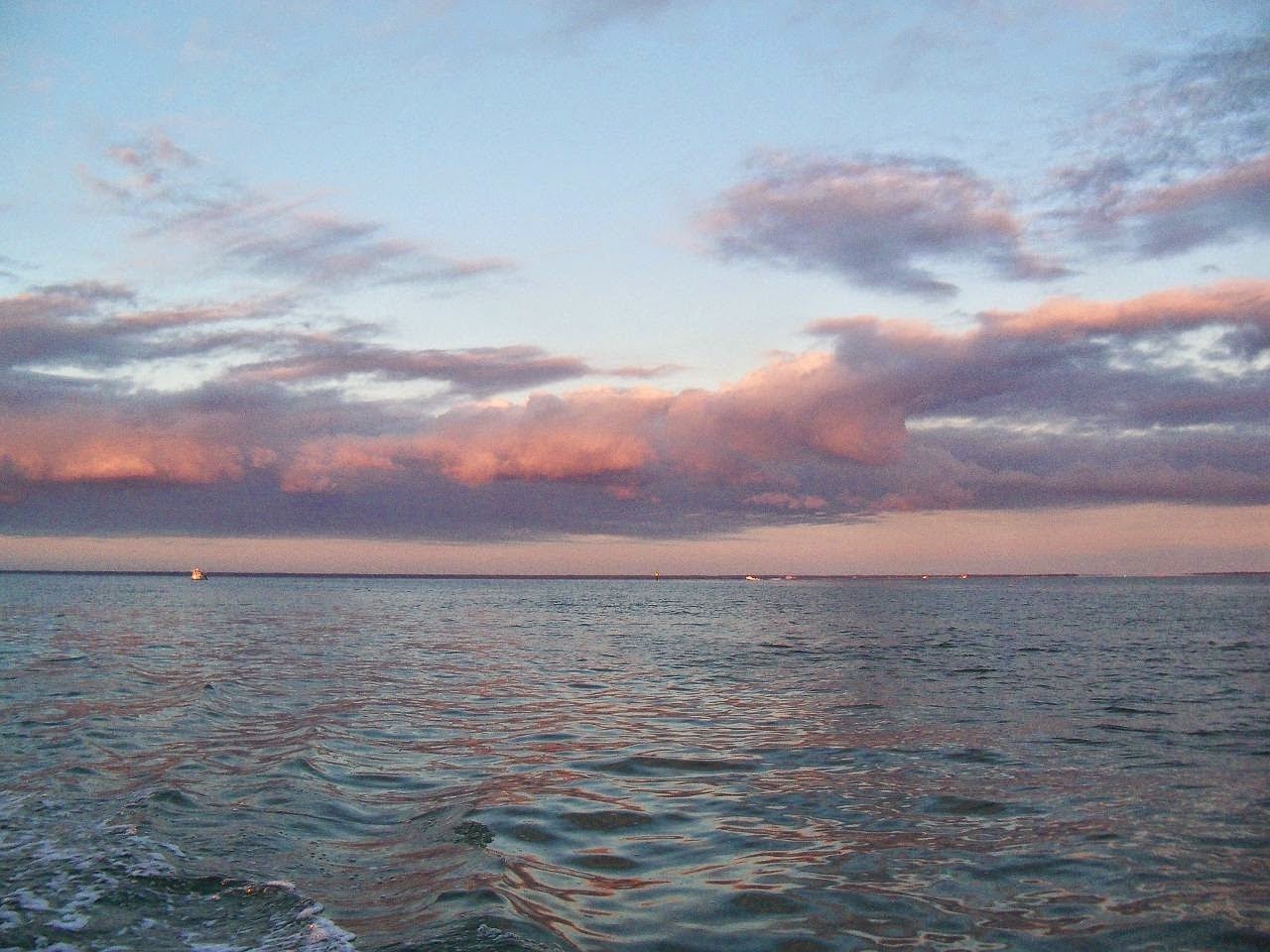 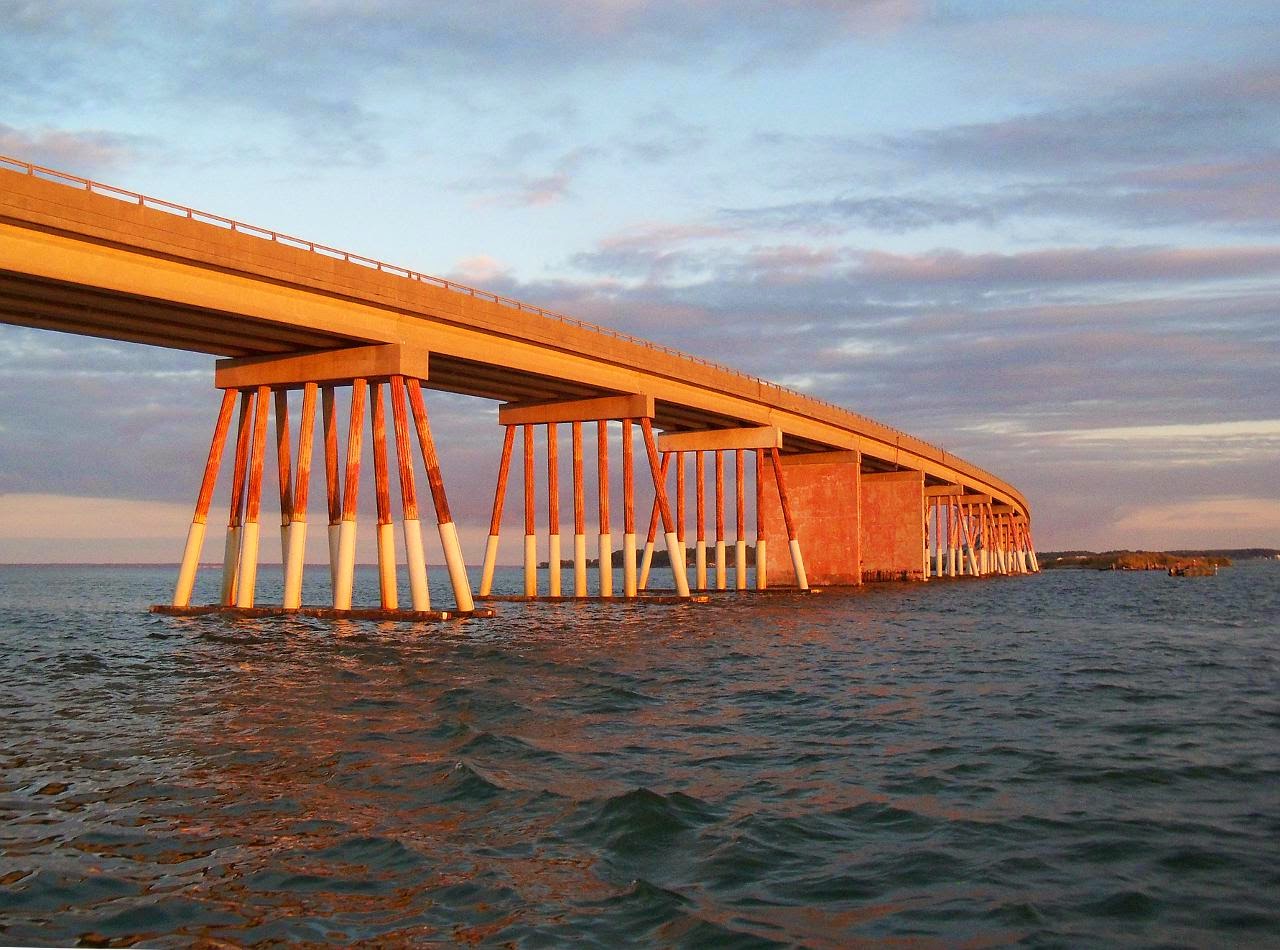 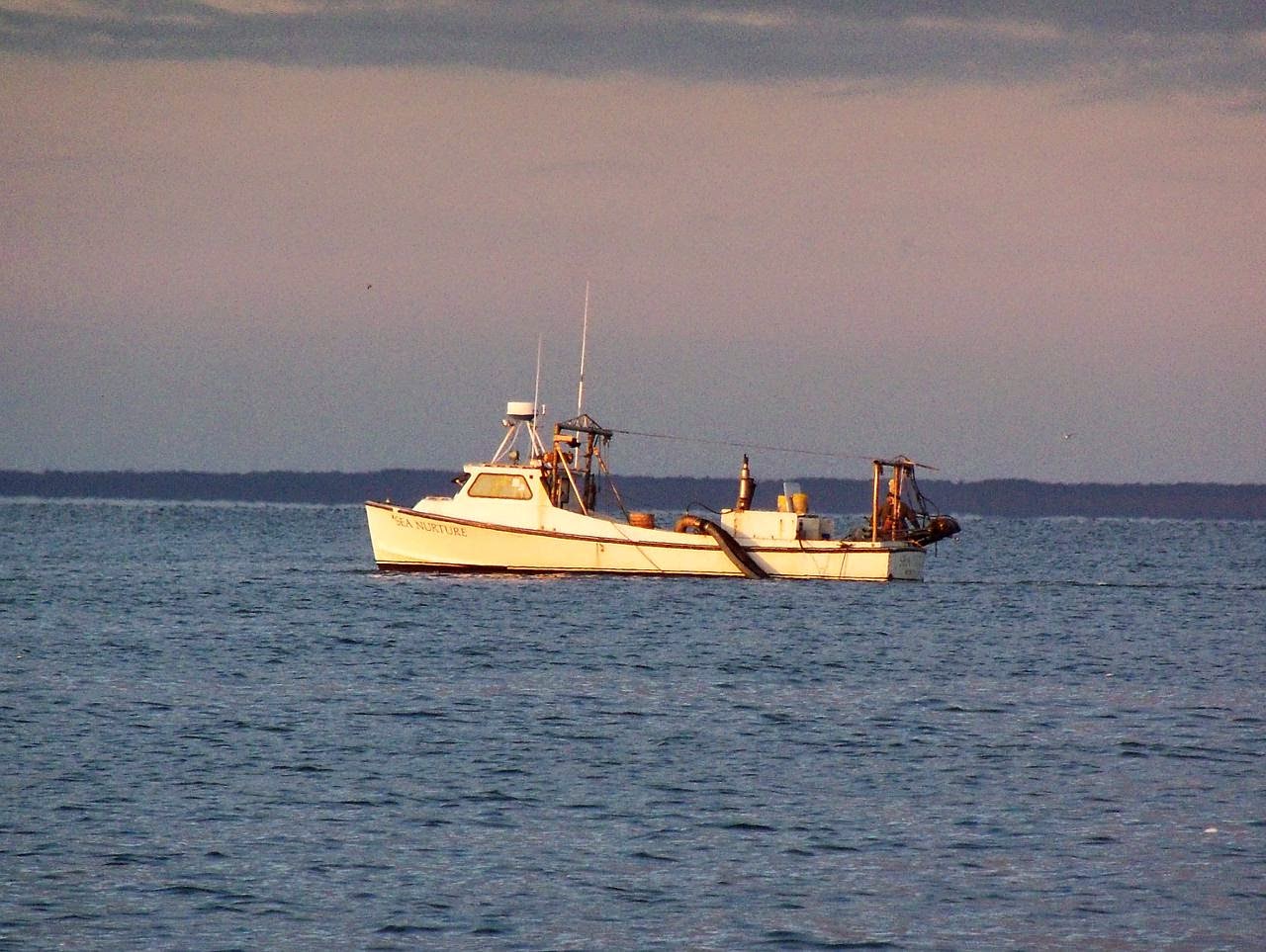 An old community, a few houses on a narrow island exposed to the bay, with fishing and crabbing as it's main source of employment. A crab scrape boat. It dredges for soft and hard crabs in the plentiful sea grass meadows on the eastern shore. 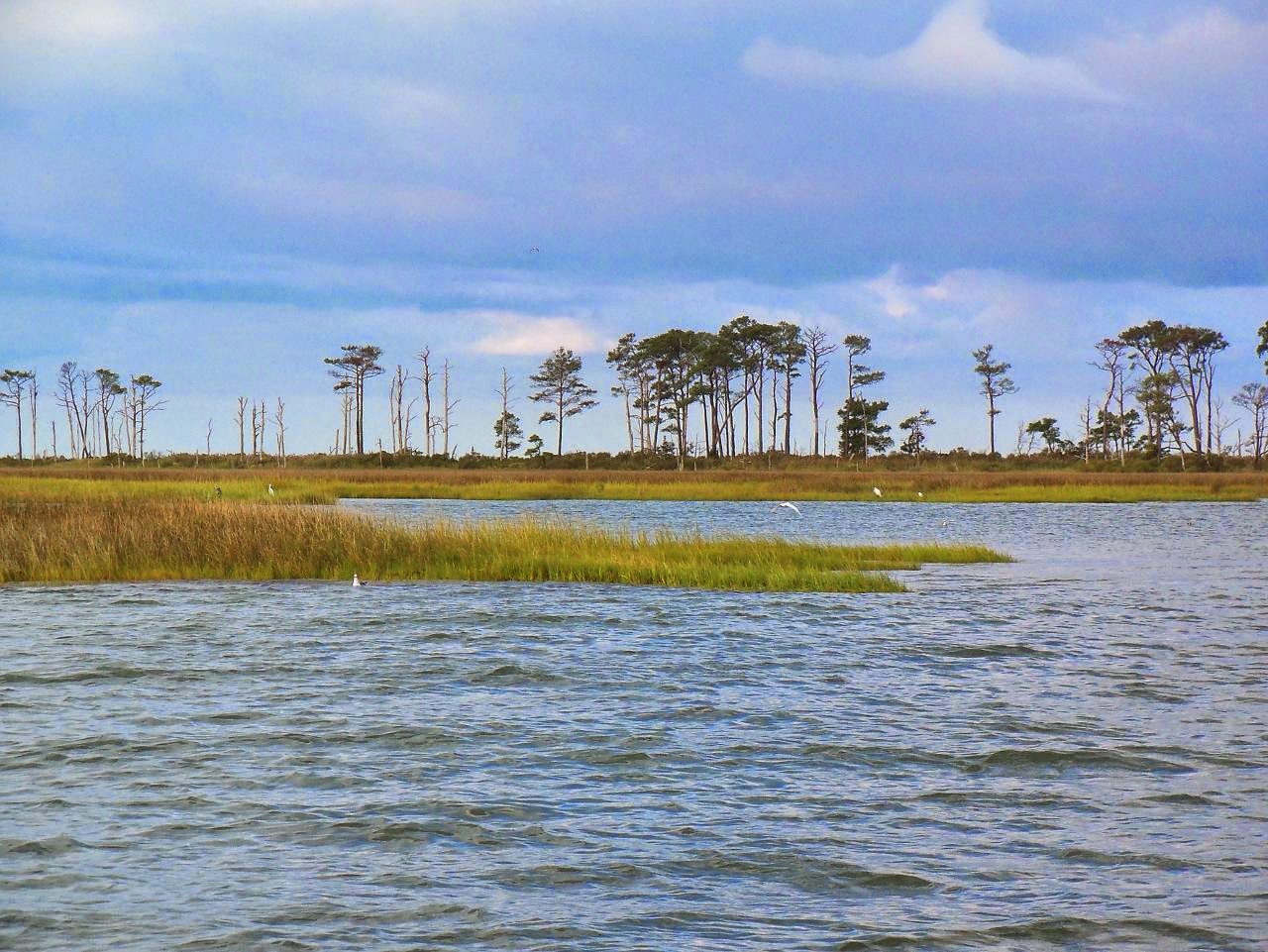 Some of the shoreline we fished. Typically we concentrated on points of land like this, and often caught 3-4 striped bass 15-20 inches at each one before moving on. 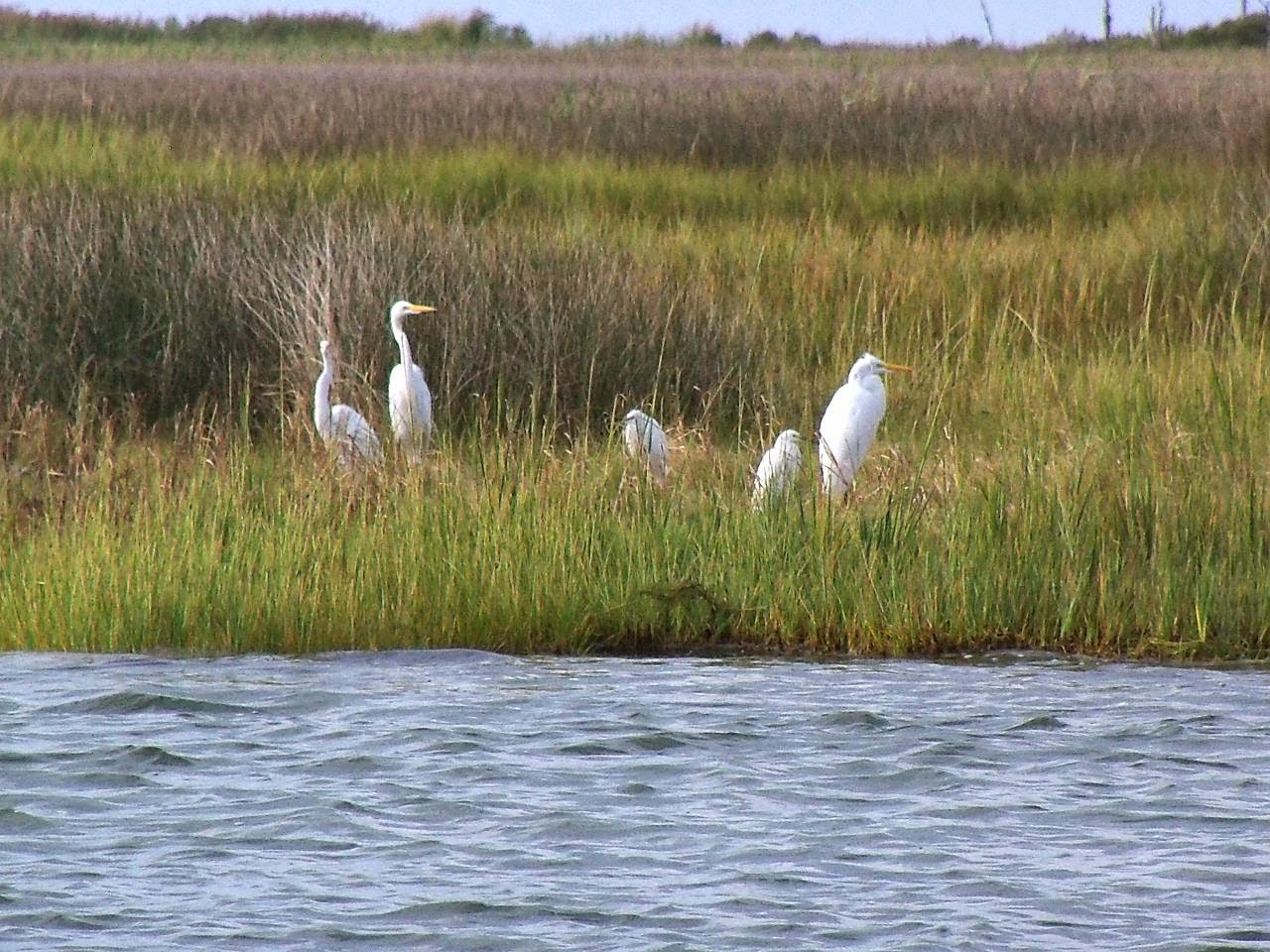 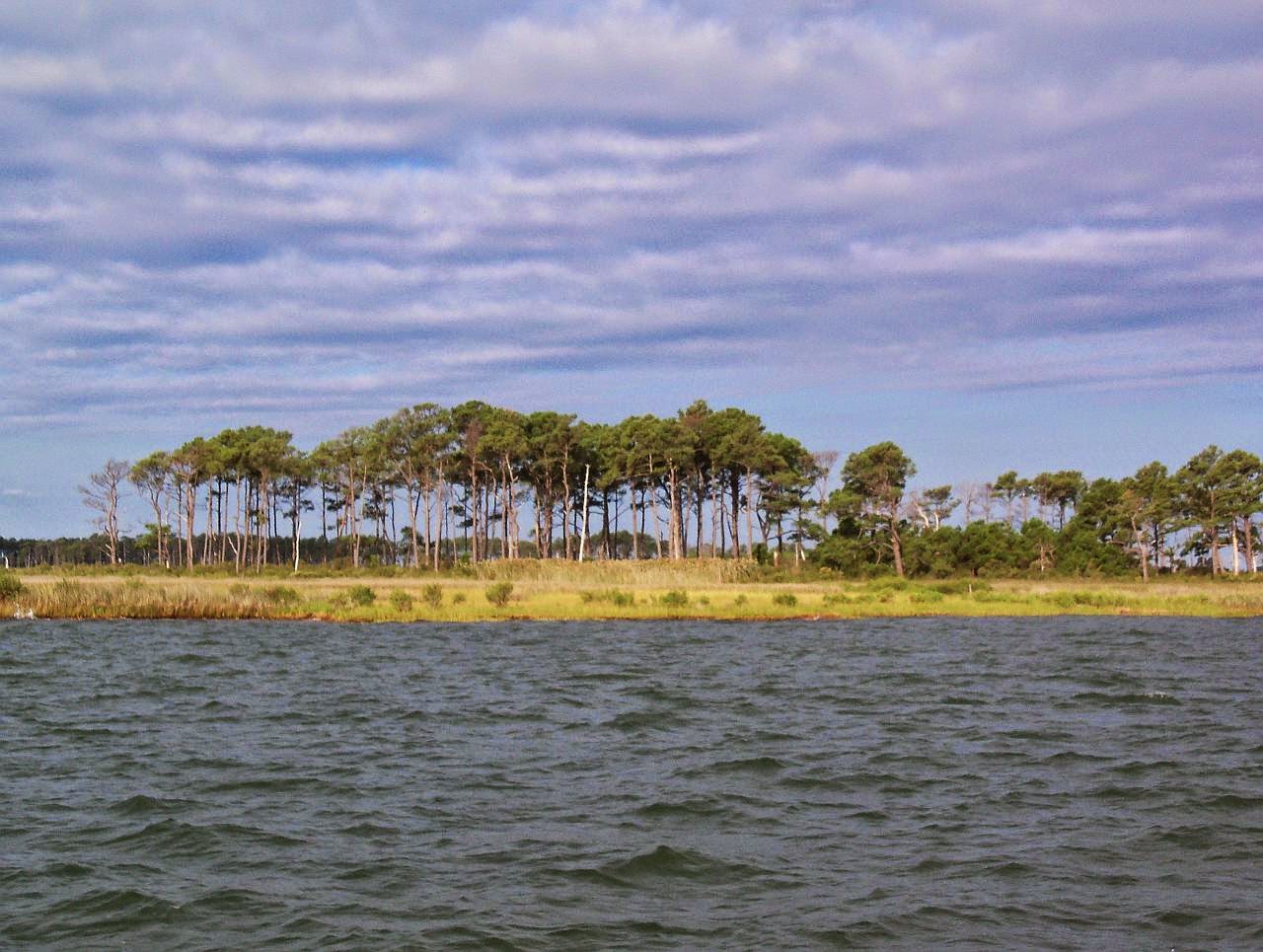 One of the high, tree covered areas of Hoopers Island.  Most of the land is barely above the tide line, and floods in extreme tides. 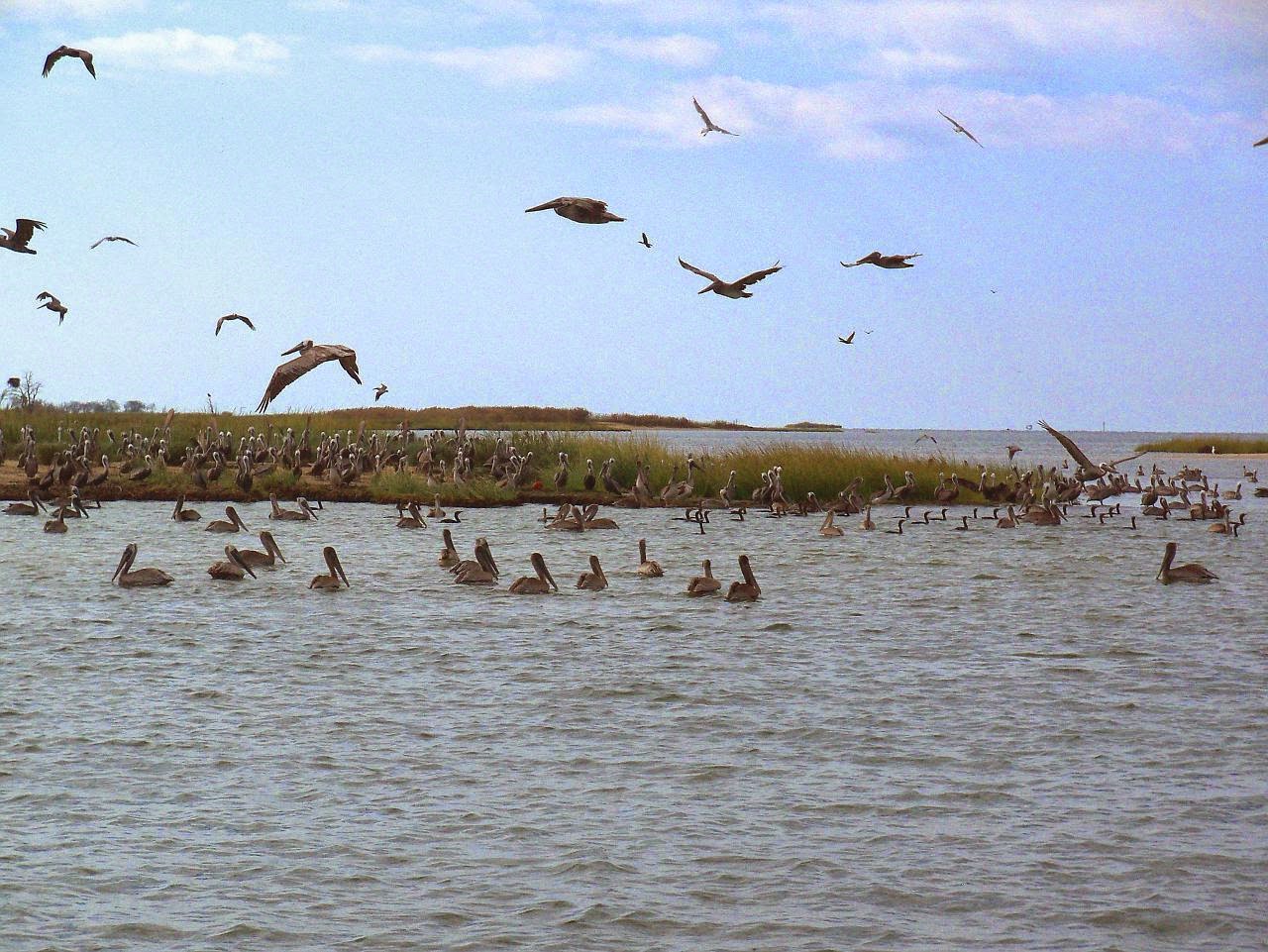 Just a few Brown Pelicans. They stink a little in this kind of numbers, just like they did in Pismo Beach. 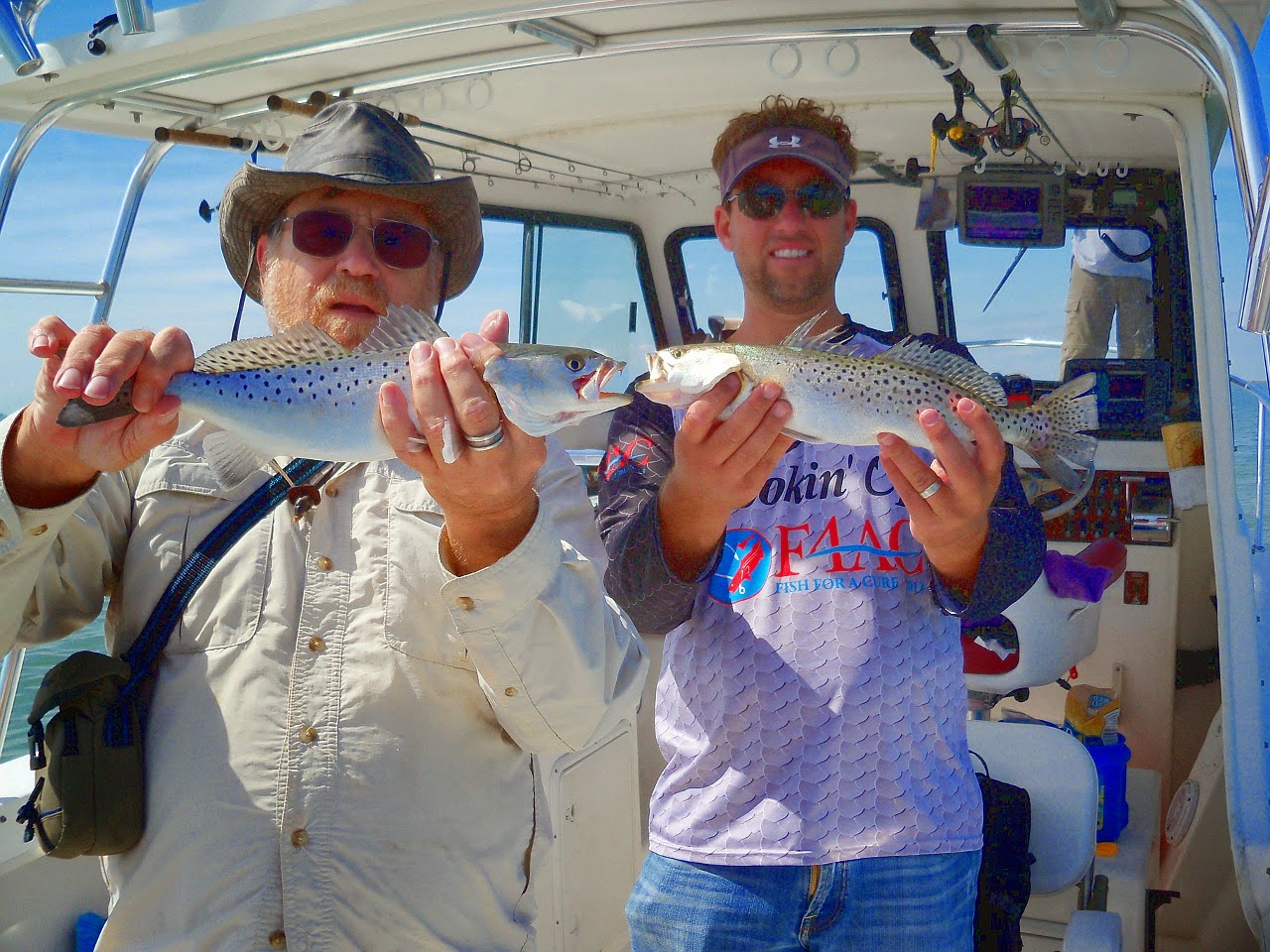 We got lucky and hit a hole near a point where we caught 3 Speckled Trout in about a minute. When we circled back to try it again, no more luck.  They were very abundant last year, but many appear to have been killed by a cold snap this last winter. 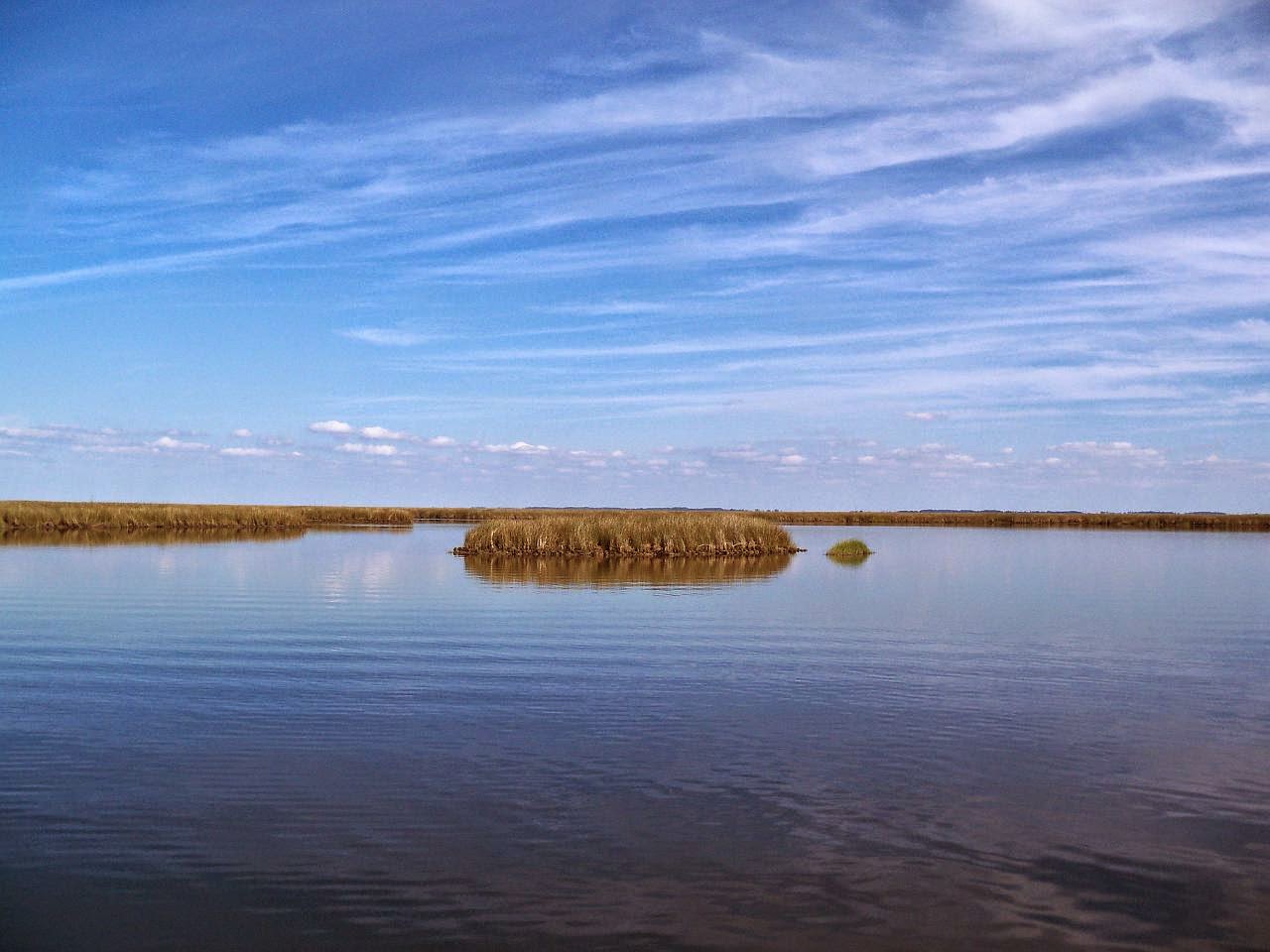 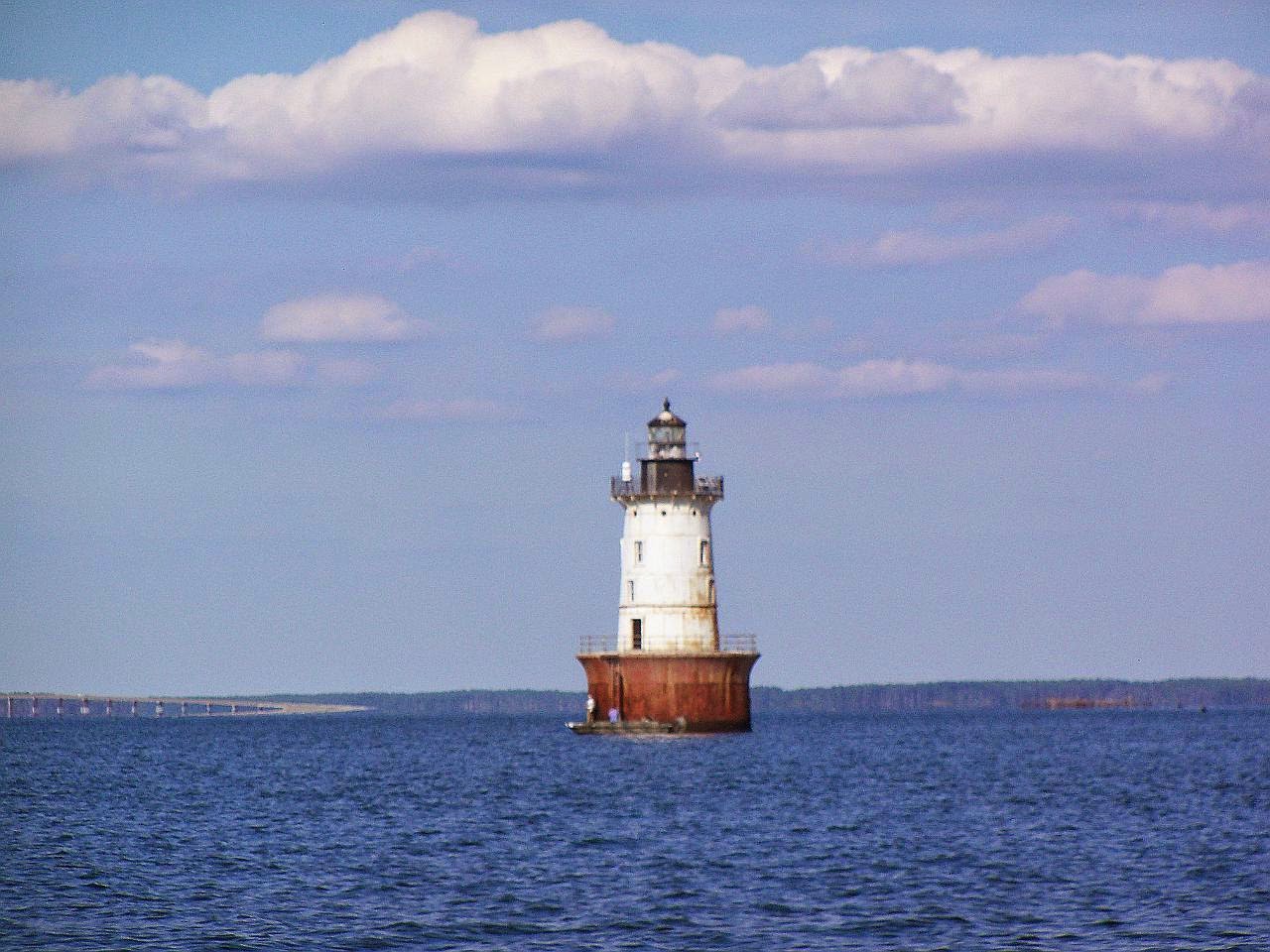 Hooper's Island Lighthouse, on the way back across the bay in the late afternoon. We had a boat limit of 18-24 inch stripers, the 3 specks, and 4 bluefish.
Posted by Fritz at 8:09 PM