I started this collection of threads back in October last year, as Obamacare enrollment was getting ready to start. Who new it would still be at a slow boil almost a year later? Well, yeah, we knew it.

Megan McArdle  (by way of Wombat-socho's "Live at Five: 09.22.14") casts a gimlet eye on the administration reports of 7.3 million paid up policies:


Apparently, Marilyn Tavenner, the head of the Centers for Medicare & Medicaid Services, just told Congress that 7.3 million people have paid premiums and are currently enrolled in exchange policies. What does that mean?

It’s a little hard to tell, because according to Jason Millman of the Washington Post, she also says that this is a “snapshot” of Aug. 15, not a cumulative figure. Why does that matter? Because there’s a 90-day grace period between missing a premium payment and getting dropped from your insurance. The administration says that this figure only includes people who have “paid their premiums." But what does that mean? That they paid a premium at least once? Or that they are current on their premium payments?

Remember that out of 8 million total enrollments, almost 4 million people signed up in March and early April, most of them in those last few weeks (about 910,000 just in April). Those people didn’t have their premiums due until May, or June 1. So someone who paid a single premium in May or June and then stopped paying would still be in the grace period, and they would technically still be covered by an exchange policy, pending payment. For that matter, if you started coverage in January and stopped paying six months later, you would still show up as enrolled in Tavenner’s figure.

How much does this matter? It depends on the relative attrition rate: How many people stopped paying, and how many people never paid at all? If the latter accounts for almost all the attrition, then we can expect that 7.3 million is pretty close to the final figure for paid enrollment in 2014; I wouldn’t expect it to fall much below 7 million,1and it might be well over that figure. If the “stopped paying” group is substantial, then we can expect this number to grow substantially as policies written during the late-enrollment surge lapse.

I have complete faith in the administrations willingness to bend the numbers to fit the narrative, 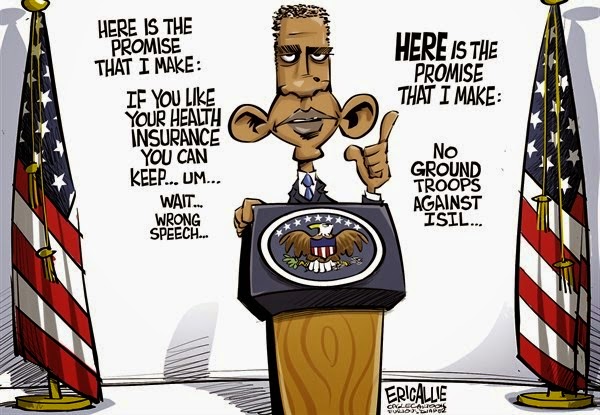 
Republicans have found a new opening against ObamaCare after struggling for months to craft a fresh strategy against a healthcare law that now covers millions of people.

Lifted by a pair of federal audits that found major flaws with the law’s implementation, Republicans see their first chance in months to launch a serious attack against the law.

“The news that we’ve seen over the last week and a half really emphasizes what conservatives and Republicans were trying to do last year, which was preventing a lot of this from happening,” said Dan Holler, a spokesman for the conservative political group Heritage Action for America.

“What I hope happens is that the Republican Party as a whole says, ‘Yes, there is a reason besides politics that we’re fighting ObamaCare: It’s hurting people,’” Holler said.

The people it hurts aren't natural Obama voters, so on the margin it's not a big factor. Although, this might wake a few of them up:

Tax refunds will be cut for ACA recipients


A significant benefit of the Affordable Care Act is the opportunity to receive money-saving tax credits up front to cut the overall cost of health insurance, but now hundreds of thousands of consumers could owe back some of that money next April.

Those affected took advance payments of the premium tax credit for health insurance. Some married couples could owe $600 or $1,500 or $2,500 or even more. It might feel like a raw deal for some who are already suffocating under the escalating costs of health insurance.
"Health insurance is confusing enough, and now they're adding the complexities of the Tax Code," said Lorena Bencsik, a member of the Michigan Association of CPAs and owner of Prime Numbers in Ferndale.

When you file that 2014 tax return next year, the Internal Revenue Service will compare your actual income for the year with the amount you estimated when applying for exchange-based health insurance under the health insurance law.

The next open enrollment period begins Nov. 15. But notices were sent this week to some consumers whose incomes don't match up to such things as 2012 tax return information.

What, you didn't think someone had to pay for all the subsidies?

Ran Radosh take on Ezekiel Emanuel over euthanasia and death panels and living past 75:


If young Zeke wants to stop living at 75, that’s fine with me. But the arguments he lays out are not really meant to be just about himself. He argues that essentially, one should stop living after he or she has led a complete life. According to him, by 75, people have passed their creative peaks. It is all downhill from there. They are being kept alive by the likes of flu and pneumonia shots, vaccines, antibiotics, and better medical care, which keeps them going instead of allowing nature to take its course. That is why, he says at one point, he does not believe people should get flu shots in their 60s: because each one taken by an elderly person is depriving a younger person who needs it to live a full life from having access to it. (He does not explain why both cannot get them.)

Yep, you first, Zeke.  Like Patrick Kennedy and Climate Change:

I'll take them more seriously when they actually walk the talk.
Posted by Fritz at 9:13 AM