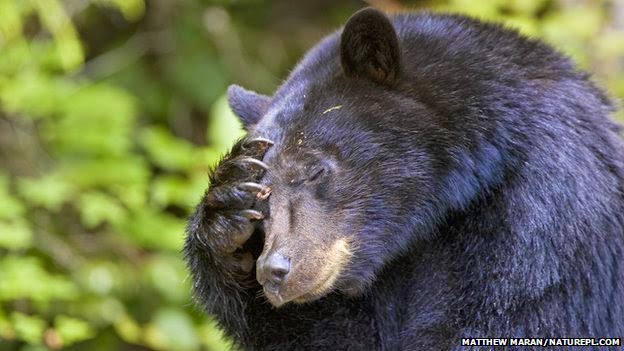 New Jersey wildlife officials believe that a black bear in search of fo
od killed a Rutgers University senior who was hiking with four friends over the weekend.

The body of Darsh Patel, 22, of Edison, N.J., was found Sunday in the Apshawa Preserve in West Milford. Police Chief Timothy Storbeck said the male bear was walking in a circle about 30 yards from the victim's body and wouldn't leave even after officers tried to scare it away by making loud noises and throwing sticks and stones.

According to Storbeck, the five friends noticed the bear beginning to follow them and ran, splitting up as they did. When the other four couldn't find Patel, they called police, who found his body about two hours later.


The 300-pound animal was killed with two rifle shots and is and is being examined at a state lab for more clues as to why it may have pursued the group of five hikers. If it is confirmed that the bear caused Patel's death, it would be only the second fatal bear attack recorded in the state's history. The other occurred in 1852. 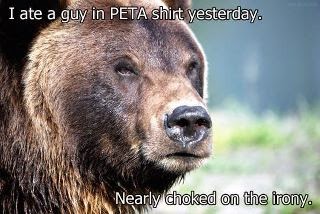 
New Jersey Department of Environmental Protection spokesman Larry Ragonese told reporters Monday that the bear had not been tagged by researchers, so there is no documented history of interaction with other humans.

Must be a right-wing survivalist, anti-government Tea Party bear. Quick, notify the media!


Kelcey Burguess, principal biologist and leader of the state Division of Fish and Wildlife's black bear project, said the bear could have been predisposed to attack but more likely was looking for food, particularly since wildlife officials believe there is a current shortage of the acorns and berries that bears eat. The hikers had granola bars and water with them, Storbeck said.

Officials don't believe the hikers provoked the bear but they may have showed their inexperience when they decided to run. The safest way to handle a bear encounter is to move slowly and not look the bear in the eye, Ragonese said.

Pretty much treat it like a Kardashian sister.
Posted by Fritz at 5:25 PM