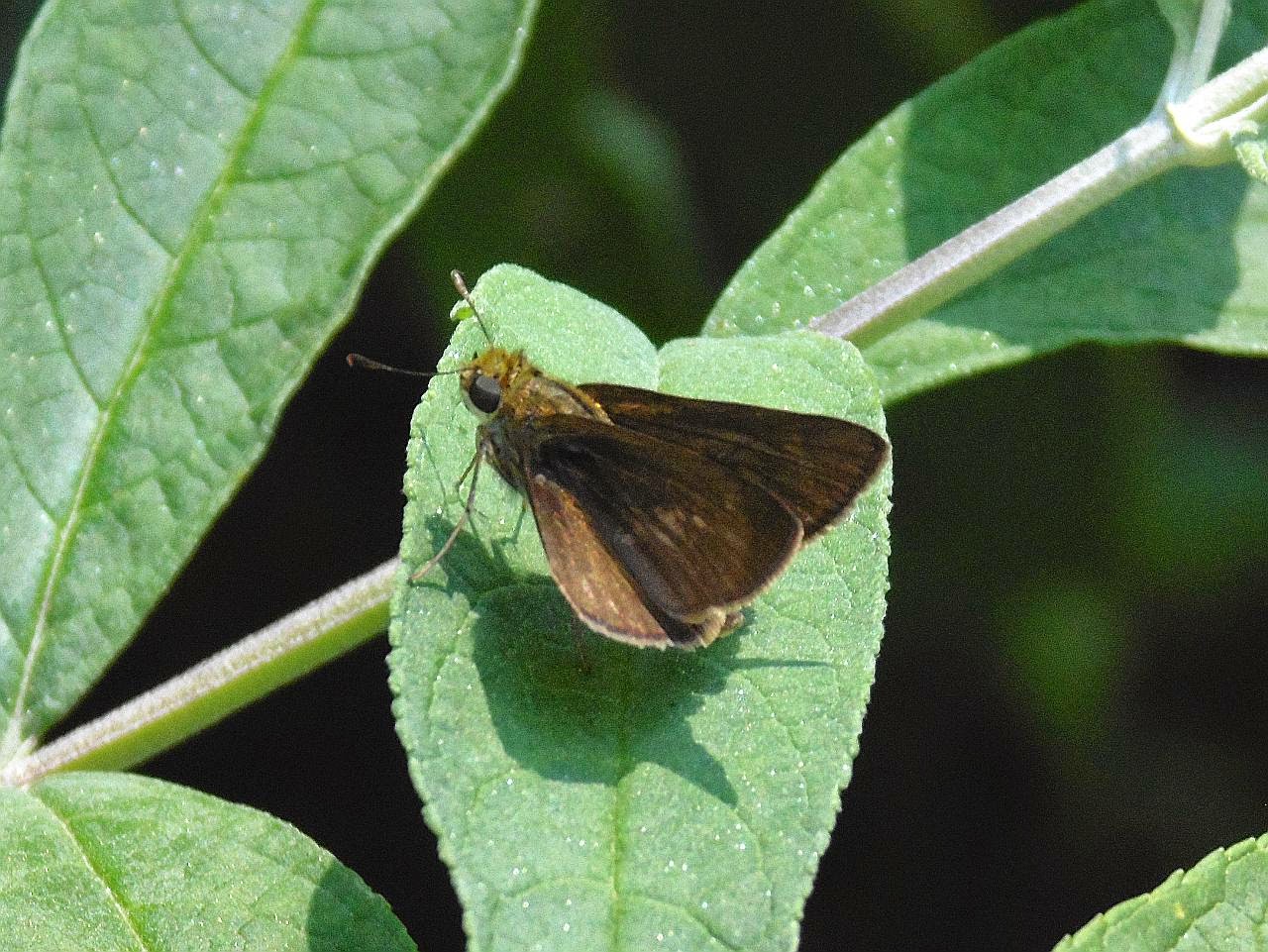 Despite the fact that this has been a poor year for butterflies, I keep finding new ones that I haven't identified yet.  A few days ago, I got pictures of a couple of puzzling skippers that I couldn't place and sent pictures of them of to BOMA for ID. One came back a Sachem, which I had identified last year, but the one on the left came back as the Northern Broken-Dash (Wallengrenia egermet). Another small tiny victory. 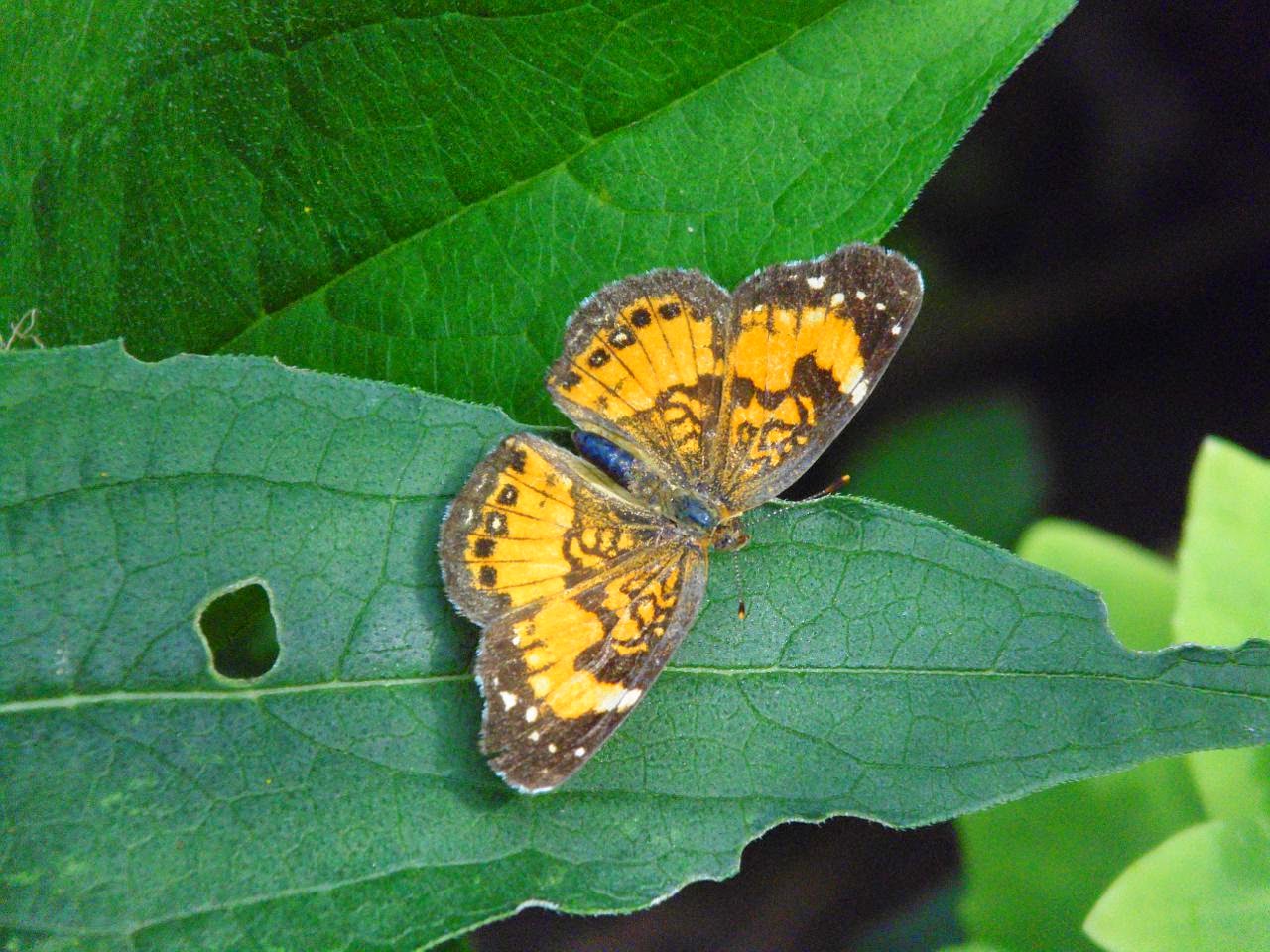 This little guy showed up at the butterfly bushes this afternoon. At first, I said "Ho hum, yet another Pearl Crescent", but then I stared at the photo, and something just didn't seem right.  I looked around at the likely alternatives, and determined it was a Silvery Checkerspot (Chlosyne nicteis). I'll send it to BOMA to be sure, but it looks pretty solid to me.

I got a few other pretty good pictures today too: 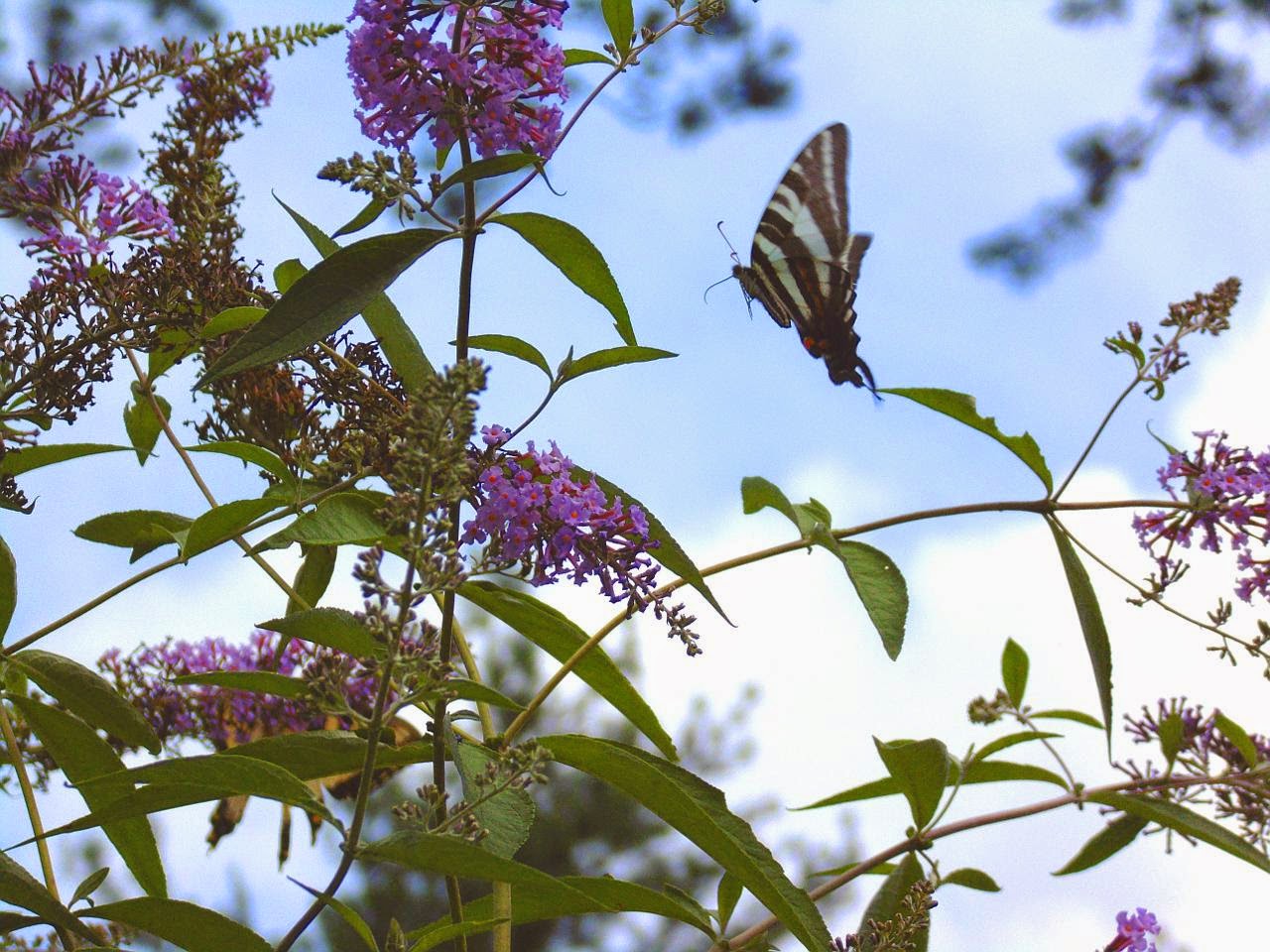 The Zebra Swallowtails have been pretty reliable this year. Whatever affect the others didn't seem to make much of a dent on them 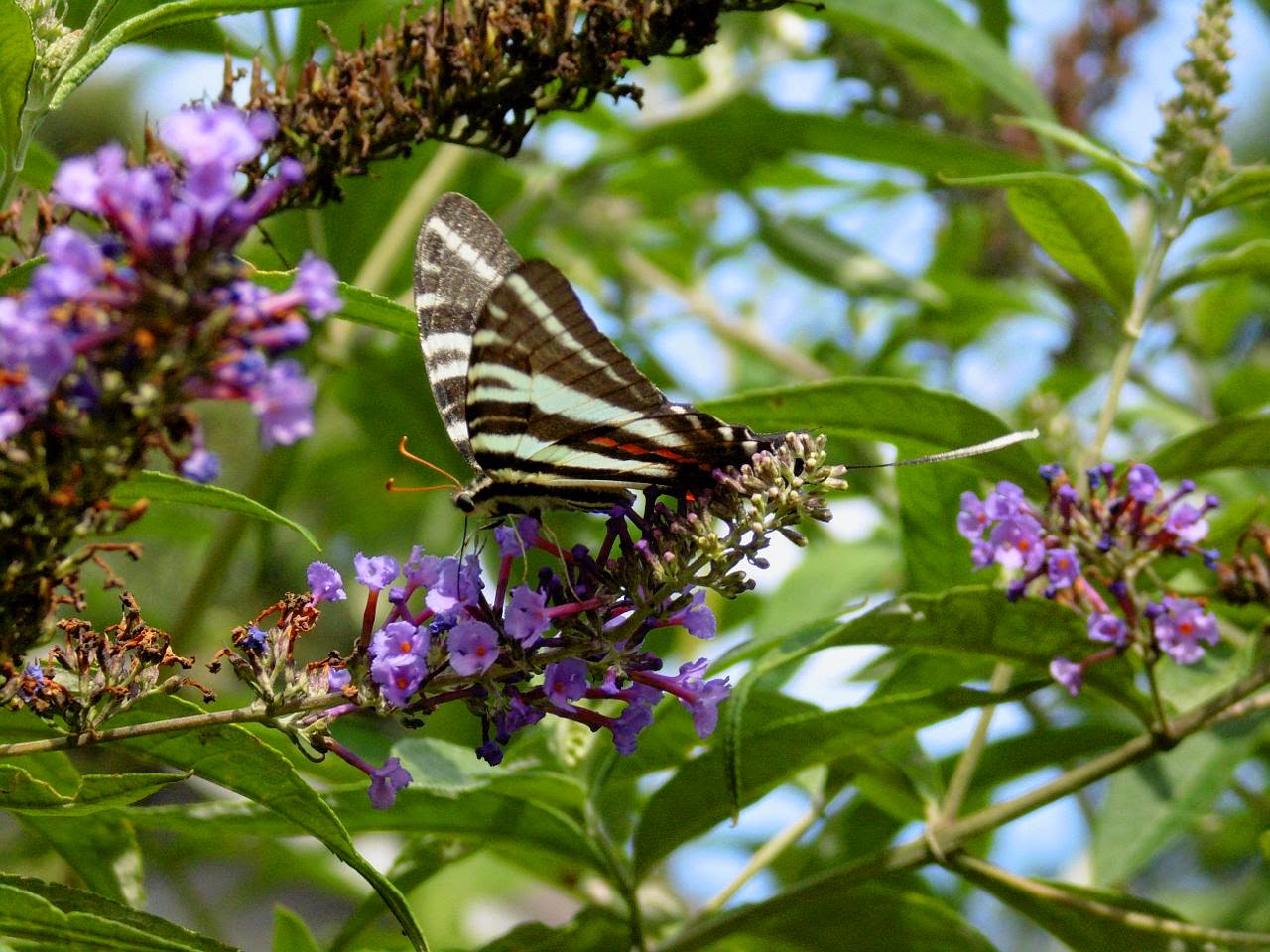 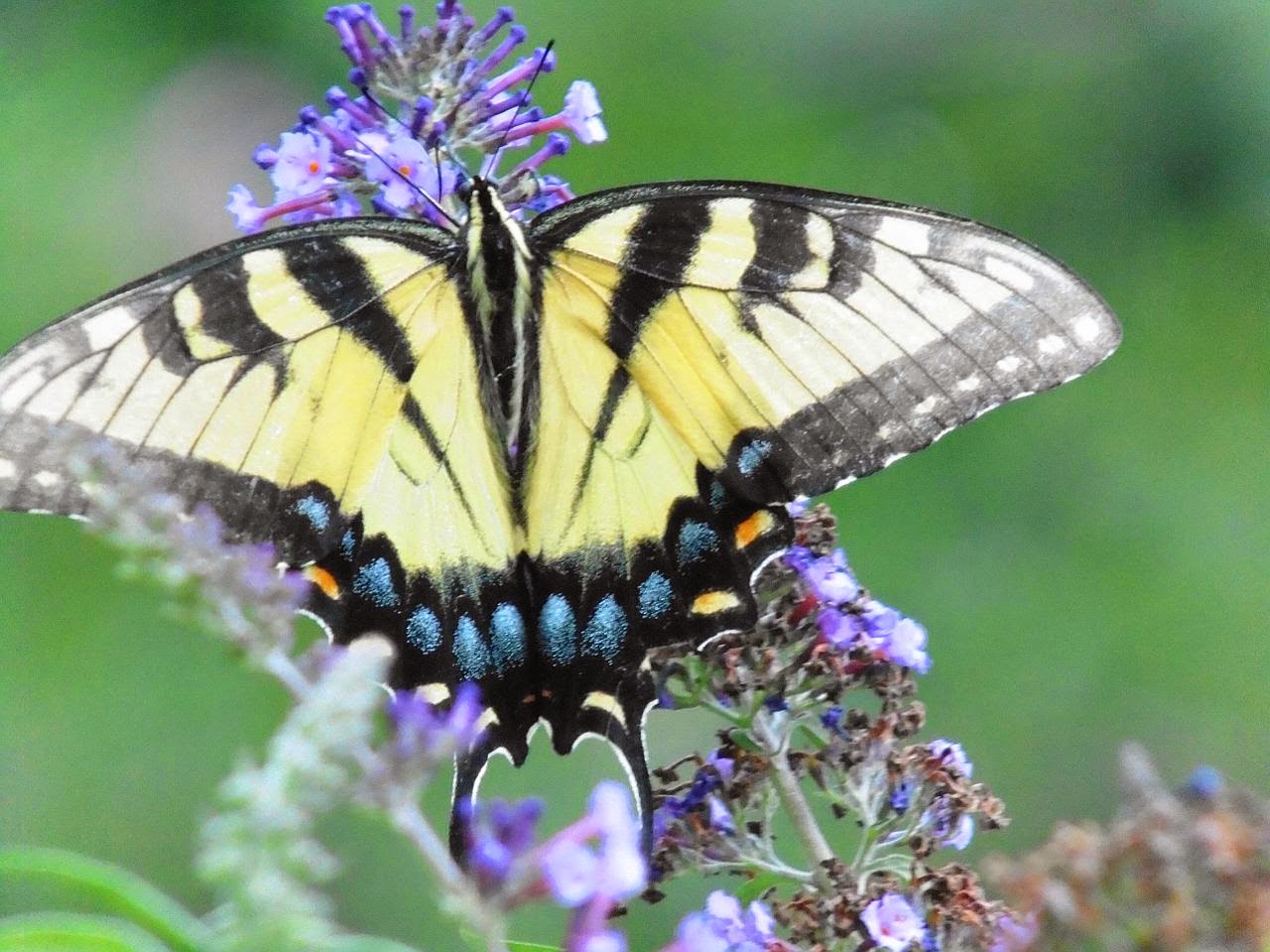 And the Eastern Tiger Swallowtails are becoming more common again. There are usually one or two hanging around the bushes during the day.  On the left is a female yellow morph, and below a female black morph. 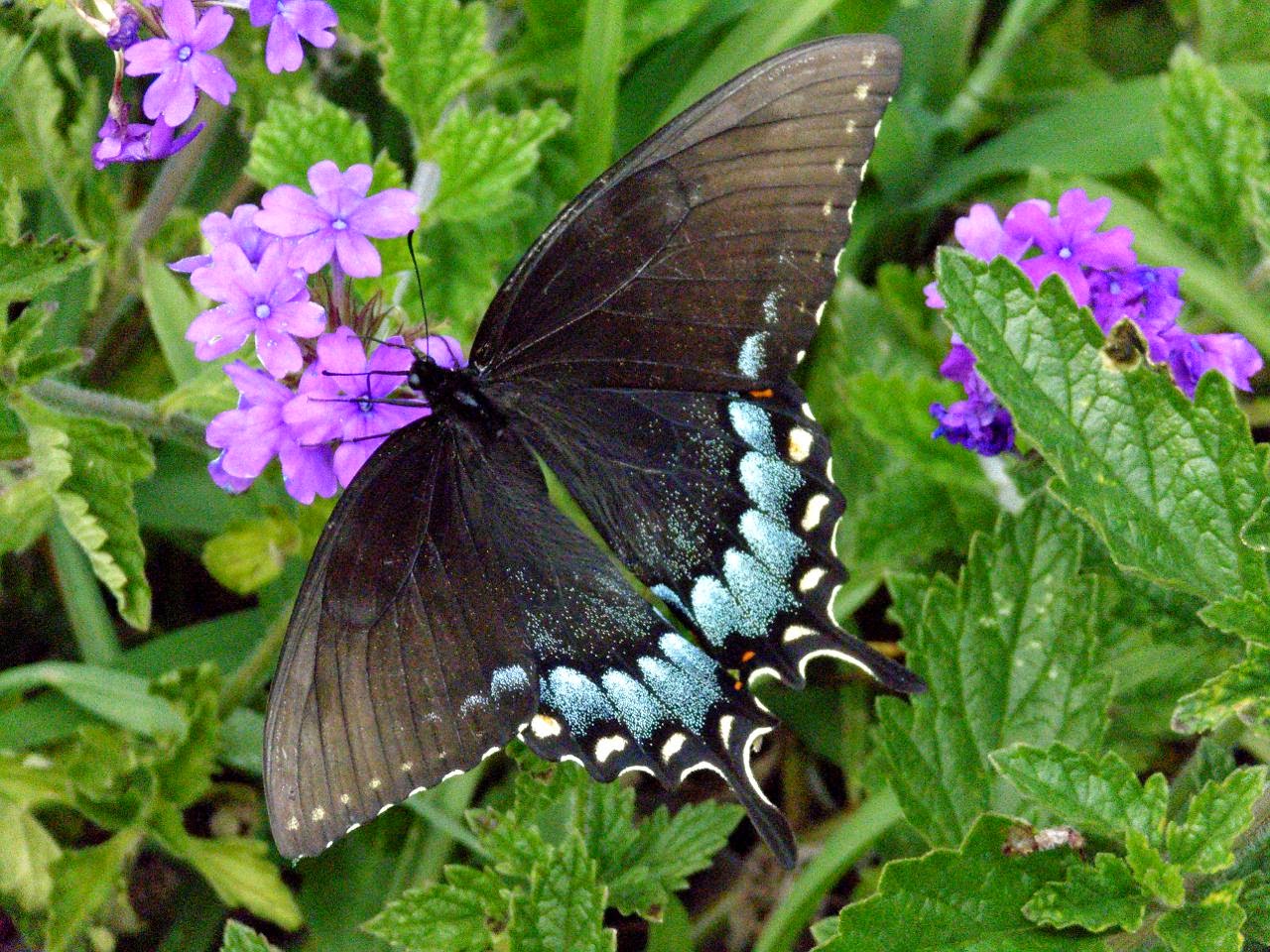 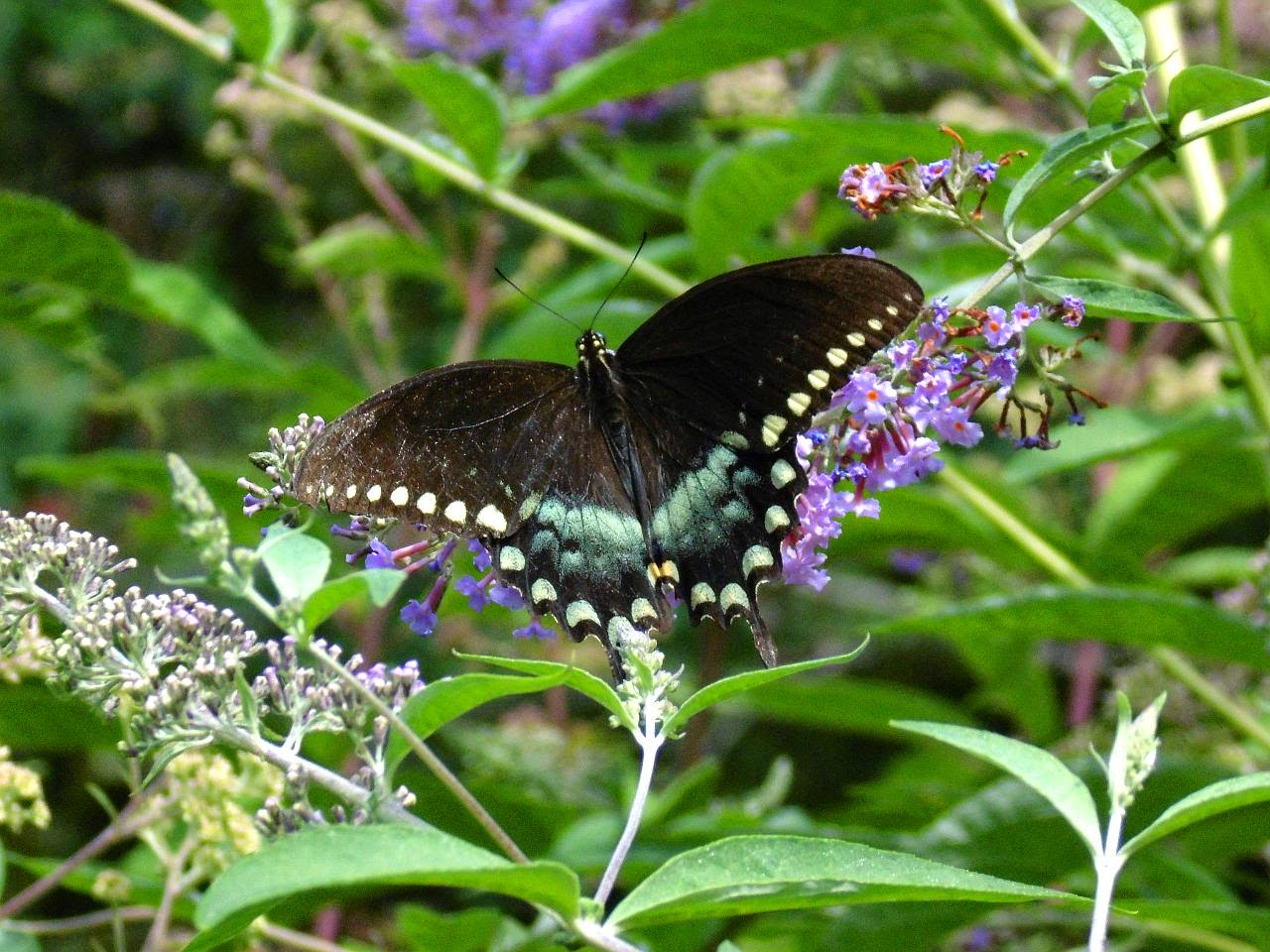 Just for confusion, we also see the Spicebush Swallowtail (left and below) fairly often, which is pretty similar to the black  morph of the tiger, although both sexes are black, and the males have a greener wash on the hindwings than the females, which are blue. They are also somewhat smaller than the tiger, which is the biggest North American butterfly. 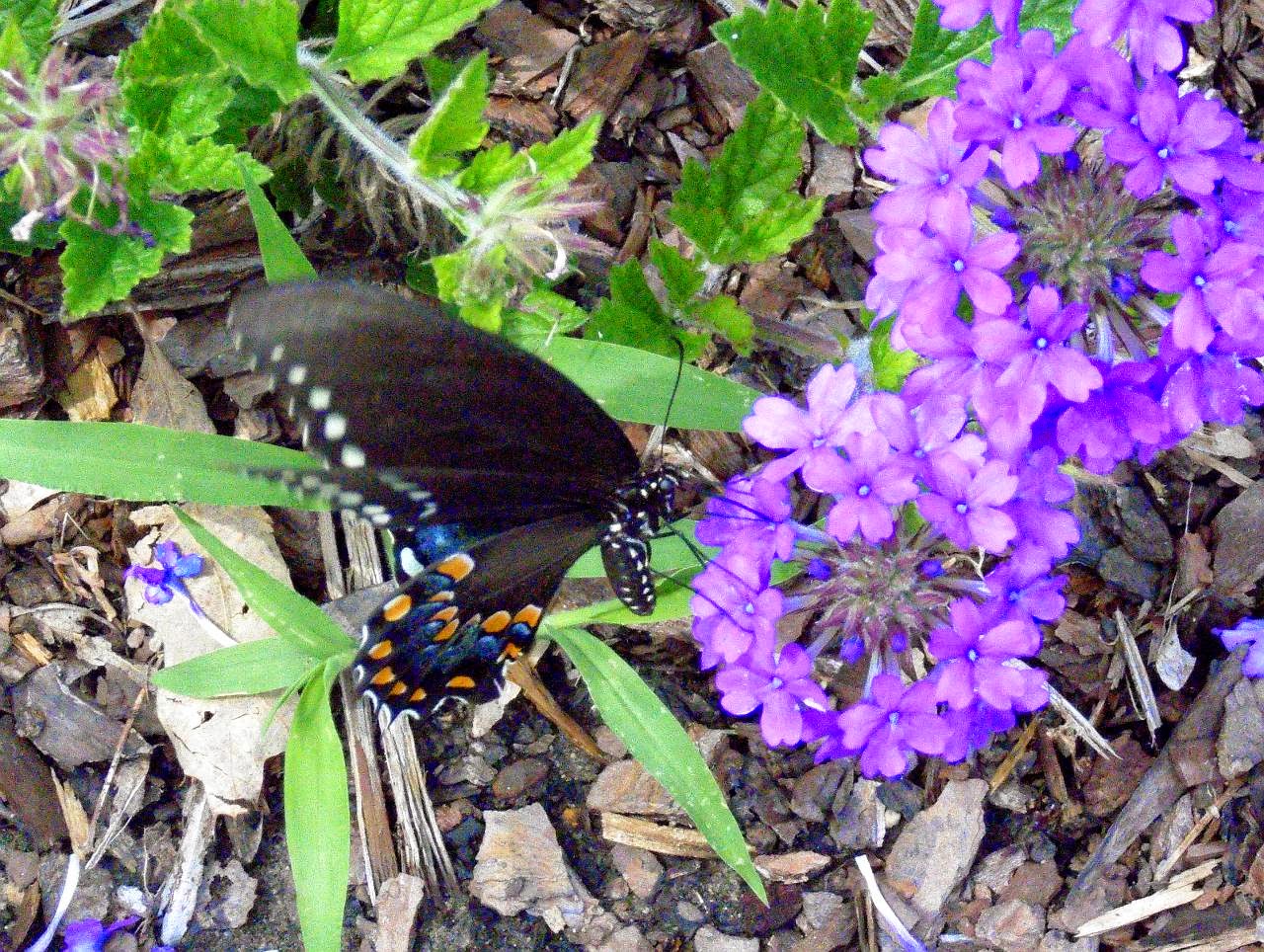 Just for fun, I took a short video of the one on the right visiting flowers (Verbena):