The War by Wildlife: 70 Injured in Piranha Attack 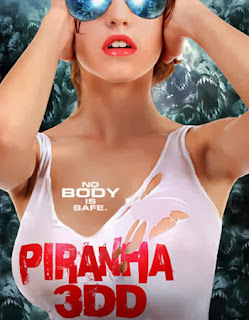 "This is not normal," director of emergency services in the city of Rosario, Federico Cornier, said on Argentinian TV. "It's normal for there to be an isolated bite or injury, but the magnitude in this case was great."

Cornier called the fish "A type of piranha, big, voracious and with sharp teeth that can really bite."

The mass attack happened at the beaches at the Parana River, near Rosario, which is about 185 miles (300 km.) from Buenos Aires. Reporter Alejandro Lifschitz of Reuters wrote that a holiday heatwave in the area had many locals seeking shelter from the temperature in the water.

Because of that the fish had a many potential victims to choose from. It's not uncommon for a biting fish to get teeth into a swimmer at beaches in the country, but a gang-like attack like the one Christmas Day at the Parana River beaches is rare. "This is an exceptional event," Cornier said. 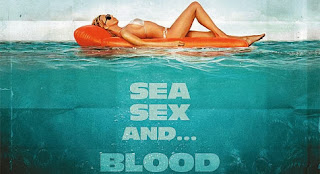 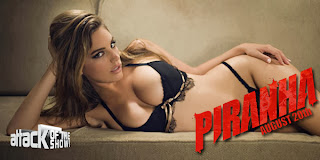 I suppose this calls for Piranha 3D sequel.

As a teenager working in a wholesale/retail tropical fish store in the '60s, I had extensive experience with piranhas of various sorts. Their teeth are incredibly sharp, and their jaws are incredibly strong, and even a smallish one can bite a "plug" out of another fish, or even a person.

However, they tend to be skittish, and don't attack large animals, or their parts, particularly often, or I would be missing a finger.  At least, I like to think I might have stopped at one.  I changed a lot of filters in piranha tanks.  I do confess to having been nipped doing stupid stuff...

I knew there had to be at least one picture of a real piranha with a cute girl:

Wombat-Socho has the the grand weekly Rule 5 Sunday post "On Presuming To Be Modern" up at The Other McCain.
Posted by Fritz at 5:48 PM