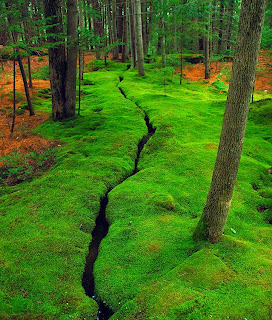 When geologist Andrew Elmore came to the University of Maryland’s Appalachian Laboratory in 2008, he wanted to familiarize himself with the data on the area’s streams, the bedrock of his area of study.

It didn’t take long for Elmore to realize the data he sought didn’t exist.

The National Hydrography Dataset, which the U.S. Geological Survey has used for more nearly 100 years to map streams, was missing many of the waterways. Some of the unmapped streams had been buried long ago, trapped in culverts to facilitate development. Others were too small to be part of the map. Still others were so deep in forests that those charged with searching for the streams never found them. 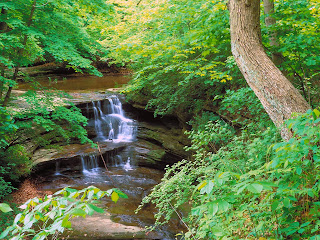 It never hurts to have accurate maps.


In the absence of maps, Elmore decided to make his own. It took four years, but Elmore and his fellow researchers now have maps of all of the watershed’s streams west of the Chesapeake Bay and a research paper explaining how they drew their conclusions.

To make the maps, the researchers walked streams with GPS devices in hand, from top to bottom. In streams where there was no water, researchers looked for eroded banks and beds. To account for missing streams, the team used a computer model that looked at real-time conditions overlaid with maps that showed how impervious surfaces — roads, parking lots and buildings — had grown. The result is a map where streams would be flowing if they had not been buried. 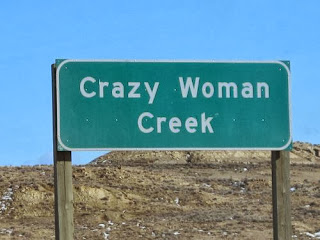 And of course, being an undisclosed subsidiary of the EPA Chesapeake Bay Program, we have to drag fracking into this.

The maps’ importance will increase as energy companies seek to develop Marcellus Shale drilling in Western Maryland. In Pennsylvania, where drilling has occurred for the last five years, drilling sites, access roads and pipelines have fragmented many forests. Spills of drilling fluid have polluted streams deep in the forests, resulting in fish kills. Initially, when drilling began, some streams went dry because drillers withdrew so much water.

Elmore expects the data could become a flashpoint with Marcellus drillers, who will want to use the less comprehensive national dataset instead of the University of Maryland maps. Already, a coal mine wanted to expand in an area and relied on the national data set. Maryland’s Department of Natural Resources came back with Elmore’s map. Eventually, the parties agreed to use the national dataset, but Elmore said just having the data was helpful in whatever negotiations took place.

But discrepancies between the two sets may not last much longer. The U.S. Geological Survey has requested Elmore’s data. And Elmore is hoping that, one day soon, a brigade of citizen scientists will help ground-truth the maps.