The Final Obamacare Schadenfreude... of 2013

'Tis the final day of 2014, but the Obamacare Schadenfreude beat goes on:


“This is about the individual mandate,” he said. “The individual mandate was not necessary and it’s probably a big political thing, and that is going to hurt the Democrats because people don’t like to be told what to do by the government no matter what party they’re in.”

“But the truth is, that wasn’t necessary, and the insurance companies like it because it does bring young, healthy people who aren’t likely to get sick into the system,” he continued.

Then why did Obama and Senator Reid go to the government shutdown "Reign of Pain" to protect it? Let's hear from Ted Cruz, the Honey Badger of American politics:

In the same interview, he also admitted: Some Americans 'get screwed' by Obamacare


Former Gov. Howard Dean, D-Vt., acknowledged that Obamacare increases the cost of health insurance for some people, but he argued that most Americans won't get "screwed" by the law.

Dean said that insurance would be cheaper, but "not for everybody," as he debated the American Enterprise Institute's Scott Gottlieb on the merits of the Affordable Care Act during "Fox News Sunday."

"Scott made a prediction here," Dean said. "I think he is partly right, but I think the numbers are going to be small enough so that the antis — the partisans are going to try to talk about all of these individuals who have gotten screwed by this. But most people, the vast majority of people are going to benefit from this."

Gottlieb, noting that "middle class folks really don't benefit [from] the subsidies" in the health care exchanges, predicted that their insurance costs would spike.

But, but, but, we were all told everyone would save $2,500 per year on health insurance!  What happened to that promise.  Oh yeah...


During the 3-1/2 years of World War 2 that started with the Japanese bombing of Pearl Harbor in December 1941 and ended with the Surrender of Germany and Japan in 1945, America produced:

We put 16.1 million men in uniform in the various armed services, invaded Africa, invaded Sicily and Italy , won the battle for the Atlantic, planned and executed D-Day, marched across the Pacific and Europe, developed the atomic bomb and ultimately conquered Japan and Germany .

It should be noted that during a similar amount of time the current Federal bureaucracy couldn't build a functioning web site. 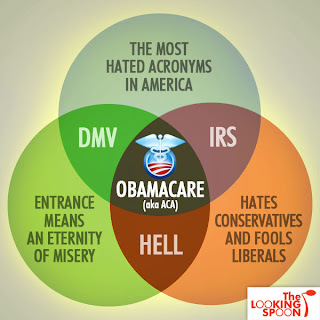 Another casualty of "Black Monday"? Yesterday, Shanahan, today the  CMS official in charge of HealthCare.gov


This is how you take your lumps in the Obama administration. Botch the roll-out of the president’s legacy law so badly that you end up with three million fewer insured people than when we started, and you get to retire, announce it over a holiday weekend, and grab that juicy pension for 41 years of mediocre-to-disastrous public service.


The person tasked with overseeing the development of HealthCare.gov is retiring, the administrator of the Centers for Medicare and Medicaid Services said Monday.

The departure of Michelle Snyder, the chief operating officer at CMS who’s been in public service for 41 years, comes a few months after the bungled launch of the federal health care insurance website.

Maybe a new quarterback, although, personally I think the owner is responsible in the case of the 'Coons Redskins.

The search for a proper scapegoat is gathering steam: Dem. Rep.: Obamacare Enrollment Low Because People Think Law Is Repealed


The lower-than-hoped-for enrollment numbers on the federal exchanges are due to Republican efforts to repeal Obamacare, Delegate Eleanor Holmes Norton (D., D.C.) argued on Monday. Norton blamed a “negative propaganda campaign” by Republicans that confused Americans into thinking that the law was no longer in effect.

“There are millions of people out there who think it was repealed, so there was no way to break through that very easily,” she told MSNBC. Norton also pointed out that the “debacle of a website” made matters worse because it “seemed to confirm that [the law] must have been repealed, or should have been repealed.”

To be fair to Miz Norton, it's difficult to underestimate the stupidity of the American voter, particularly the democrats. I'm sure her target audience is eating it up.

In a similar vein: Academic blames Obamacare opposition on racism:


The PoliticsInColor piece denounced 2013 as a year of disappointment for black Americans, and offers true insight into race-based progressive doctrine.

She cites several events throughout the year as being particularly disappointing, such as the resistance of Obamacare by “southern White radicals,” her perceived lack of media attention to the manifesto of Christopher Dorner, who she compared to Nat Turner, and her anger over the killing of Trayvon Martin by a “White Latino.”

Browne-Marshall writes in rambling fashion that in 2013,


“…southern White radicals vowed to stop implementation of the Obama-care law leading one to wonder if Tea Party members would oppose affordable healthcare if it came from a nonBlack President.”

Forbes calls Politico out on its "Lie of the Year" turn around:


On December 12, the self-appointed guardians of truth and justice at PolitiFact named President Obama’s infamous promise—that “if you like your health care plan, you can keep it”—its 2013 “Lie of the Year.” An understandable choice. But in its article detailing why the President’s promise was a lie, PolitiFact neglected to mention an essential detail. In 2008, at a critical point in the presidential campaign, PolitiFact rated the “keep your plan” promise as “True.” The whole episode, and PolitiFact’s misleading behavior throughout, tells us a lot about the troubled state of “fact-checking” journalism.

2008 PolitiFact: ‘We rate his statement True’

On October 9, 2008, Angie Drobnic Holan of PolitiFact published an article using the site’s “Truth-O-Meter” to evaluate this claim: “Under Barack Obama’s health care proposal, ‘if you’ve got a health care plan that you like, you can keep it.’” The article assures us in its headline that “Obama’s plan expands [the] existing system,” and continues that “Obama is accurately describing his health care plan here…It remains to be seen whether Obama’s plan will actually be able to achieve the cost savings it promises for the health care system. But people who want to keep their current insurance should be able to do that under Obama’s plan. His description of his plan is accurate, and we rate his statement True.”...

In the rest of the long article, they document Politico's "evolution" on this statement.  It's an interesting read if only to completely debunk the idea that "fact checking" is objective examination of the facts. 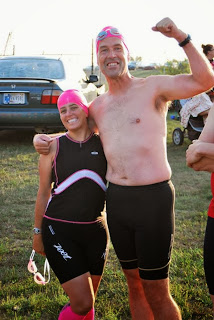 Tom McGuire, blogger at Just One Minute, actually does some investigative journalism of his own, and investigates one of the the Obamacare "happy" stories from one of the Washington Post articles I mentioned yesterday: ObamaCare - Making Insurance Affordable For Fitness Buffs


The WaPo wants to highlight the good news about ObamaCare, so they lead with the touching story of an aging Young Invincible who gambled with his health insurance and lost:

Adam Peterson’s life is about to change. For the first time in years, he is planning to do things he could not have imagined. He intends to have surgery to remove his gallbladder, an operation he needs to avoid another trip to the emergency room. And he’s looking forward to running a marathon in mid-January along the California coast without constant anxiety about what might happen if he gets injured. . .

This is a long one, but stick with it... (better yet, go read the original). A lot of it is how Adam Peterson avoided insurance himself to save money until he needed the gall bladder surgery


However, even if he is not being subsidized by the Feds, Mr. Peterson now wants the insurance companies, and ultimately their customers, to subsidize his choices which worked out badly even though a few years back he was not interested in buying seemingly expensive insurance. If somewhere out there in 2014 is a young, fit man hoping to invest in his own business, why is Mr. Peterson intent on denying him the same choice he made for himself in 2007?


(3) you want me to go bankrupt by having all of my medical issues handled in the emergency room (the most expensive form of healthcare delivery) since I will not have access to preventive care without insurance...

No one wants to bankrupt anyone - this isn't personal, although it is about personal responsiblity. And don't think of this a bankrupting you - think of it as a chance to see the world! Medical tourists in India or Mexico can have a pesky gall bladder plucked for $4,500 to $6,000. Bankrupt a high roller like you? C'mon...

This is blogging at it's very best, checking the media, and catching them slanting the truth to make their highly partisan point.  Yeah, we do it too, but at least we don't claim to be paragons of objectivity:

Let's let the original "Unspeakable Armenian" have the final words: