Subtitle: Mildly Hot Food Reporter does her bit for the Bay:

Move over blue crabs. The Maryland Department of Natural Resources has launched a program that encourages restaurants to feature oysters — the Chesapeake Bay’s tastiest form of water filtration — on menus year-round.

The Maryland Oyster Pledge mirrors the state’s True Blue Program that has helped consumers verify whether the blue crab being served at restaurants was truly from the Bay (and worth the higher sticker price).

DNR is asking participating restaurants to sign a pledge that they’ll keep at least one Maryland oyster on their menus at all times. This can include shucked product or oysters on the half shell. 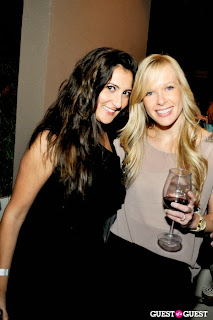 Hey, babe, wanna go out and eat some oysters?  What, you don't swing that way?  Darn...

“By having Maryland oysters on your menu, you are helping to improve water quality and habitat in the Chesapeake Bay,” the department says on its Maryland seafood website.

Oyster aquaculture has grown exponentially in the state to an industry that now employs about 300 oyster farmers (not including the even bigger oyster industry that Virginia claims).

The oyster pledge aims not only to get more bivalves onto menus, but also to get more consumers to eat them via education and creative preparations. 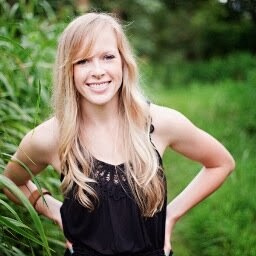 We know that historically oyster landings were far higher, and all those oyster were consumed, so it seems likely that with a push to get them more prominently featured on menus, more could be sold.  And I don't have a problem with that, unless it comes at the expense of the wild oyster populations, which are still struggling.  And oyster aquaculture is growing rapidly.

Literature from the program tells consumers that shellfish filtered water equivalent to the entire volume of the Bay every few days 100 years ago. Now that oysters are at 1 percent of their historic abundance, this filtration happens once every few months instead.

Farmed oysters also helped fill the gaps this year on menus as the region dealt with a shortage of blue crabs. While blue crabs are in finite supply — more in some years than others — the number of available oysters continues to grow with the aquaculture industry.

Steve Vilnit, director of fisheries marketing for the DNR, said Maryland added 13 new oyster farms this year and expects to see another 100 come online in the coming year.

The more oysters, the cleaner the water. Now just to get more people to eat them. Learn more about the new Maryland Oyster Pledge here.

Whitney Pipkin Whitney Pipkin, writes about food, agriculture and the environment. She lives in Alexandria, VA, and is a fellow of the Institute for Journalists of Natural resources and blogs at thinkabouteat.com.

Traditionally, oysters on the east coast are only fished for, and consumed in the cool months, months with "Rs" in them.  Back in the good bad old days of oyster mining in Chesapeake Bay, there was no power refrigeration.  To be shipped any distance, oysters needed to be shipped on ice, which was expensive when it had to be saved from frozen lakes and rivers in winter, and raised the price. Watermen traditionally oystered in the winter, and crabbed in the summer (and caught fish whenever they could).

Moreover, in summer, the Eastern Oyster spawns and looses a significant amount of it's biomass.  A fat, glycogen and yolk material filled oyster (essentially all legal oysters are female, oysters start as male and switch sexes as they get older) becomes a thin, snotty looking thing.  Yes, it really does look like snot.  I know this for a fact as I shucked literally thousands of oysters year round in preparation for scientific studies.  Our oysters are, in fact edible all year, but they're not especially appetizing after they spawn.

But that now with universal availability of refrigeration, aquaculture, and potentially triploid oysters which do not produce gametes, there is no reason not to extend the season beyond the "months with Rs."  And while I wouldn't want a wild oyster from about June through Sept., even if it were legal to harvest it.

Wombat-Socho has the the grand weekly Rule 5 Sunday post "On Presuming To Be Modern" up at The Other McCain.
Posted by Fritz at 6:15 PM