A Comeback for the "Founding Fish" in the Nation's River 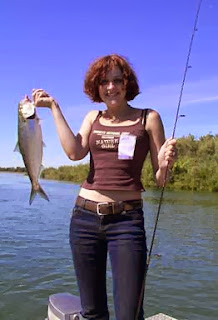 American shad are fish that played a whale-sized role in the economy and diet of the American colonies.

They have a nickname, “the founding fish." The name comes from a story:

A school of these migratory, schooling fish came swarming up Pennsylvania’s Schuylkill River in the spring of 1778 just in time to feed General Washington’s starving army at Valley Forge.

The ragged patriots waded into the river, beat the silvery tide with their swords -– and feasted on the shad to regain their strength, eventually beat the British.

It’s a well-known tale, and almost true, according to Jim Cummins, a biologist and Director of the Living Resources Section with the Interstate Commission on the Potomac River Basin. 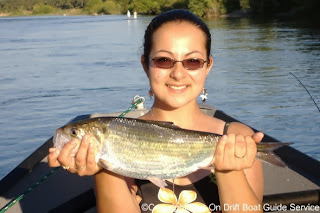 The real story about the founding fish was more interesting, Cummins said.

“The British occupied Philadelphia and Washington’s troops at Valley Forge were camped out northwest of Philadelphia,” Cummins said. “The British had actually put block nets across the bridges in Philadelphia, knowing that shad could come up and feed the troops. This was sort of biological warfare, at the time. So the British put up block nets. But Washington, he had shad ordered from the Potomac River, and they arrived by wagon. Shad did come and save the troops. But they arrived by wagons from Baltimore.” 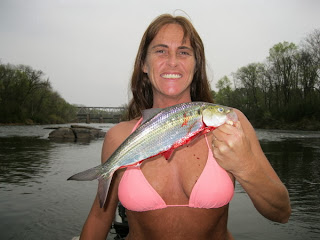 Mount Vernon, Washington's home plantation, is on the Potomac River, and Washington himself
fished for shad, so he would certainly have had contacts to obtain them from Virginia.


Shad are bony but famously tasty, and were a stable of local diets in the 18h and 19th centuries. But they began to decline in the mid 19th century and were nearly wiped out by the 1970’s. American shad were decimated by dams that blocked their spawning runs, overfishing with long nets in rivers, and by pollution.

Since then, however, the fish have staged a remarkable resurgence in the Potomac River, Cummins said. The number of young shad in the river has multiplied 50 fold since the 1980s, and the number of adults returning to spawn by five fold, Cummins said.

Wombat-Socho's giant weekly Rule 5 masterwork  "Rule 5 Sunday: Transfer Station Blue" is up at The Other McCain.
Posted by Fritz at 8:06 PM