Encounter With a Christmas Spirit at the Beach 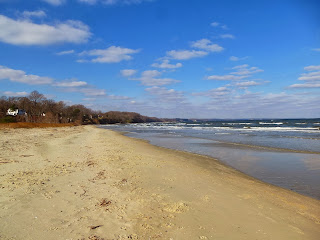 It was 38 F and blowing 20 mph from the NNE today following two days of rain, but I bundled up and went down to the beach anyway.  Georgia stayed behind in the warmth to do "Christmasy" things. 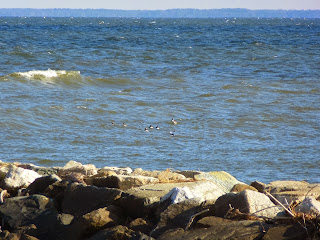 The raft of Buffies were riding waves in the harbor mouth 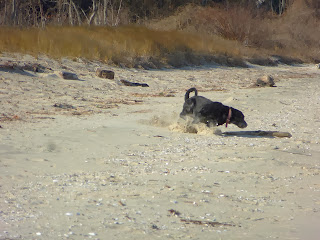 Almost as soon a I got onto the beach, I saw a large black dog way down, who started running towards me, but stopped to pick up a big stick along the way. 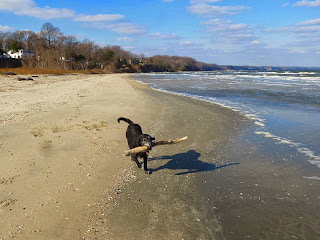 She made pretty clear she wanted me to throw the stick for her to fetch.  We worked on that on and off as we walked down the beach to Matoaka Cottages.  I'm pretty sure I know whose dog it is, and sooner or later they'll figure out it's missing and come and get it. 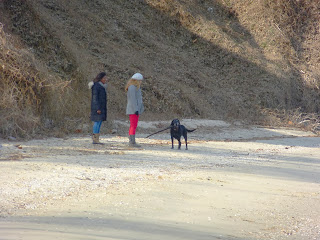 On the way back, we encountered this pair of young women out for a stroll.  I warned them that if they threw the stick, the dog would follow them, and sure enough, it did.

But I must be a more satisfactory stick tosser because she came back to me after they refused a second toss.

When I got back in the car, the she looked at me as if to say "Quitter!", but then grabbed her stick and went back to find someone else.
Posted by Fritz at 4:19 PM