Or bend over.  Two days after Christmas, and not much is really happening with Obamacare.  For crying out loud, they've extended the deadline for signing up to get insurance by Jan. 1 until, well, whenever, which is about right for the "young invincibles" that they desperately need to sign up.  This has the added benefit that they can string the bad news of the enrollment numbers until someday when nobody is paying attention any more.

Yet another enrollment extension, because it was going so well:


The Christmas Eve deadline to sign up for ObamaCare wasn't really a deadline after all.
The Obama admininstration announced late Tuesday that people unable to obtain coverage by midnight through Healthcare.gov might still be able to get insurance by Jan. 1. The announcement comes after the administration already pushed back the enrollment deadline by a day.

“Sometimes despite your best efforts, you might have run into delays caused by heavy traffic to Healthcare.gov, maintenance periods, or other issues with our systems that prevented you from finishing the process on time,” a post on Healthcare.gov said. “If this happened to you, don’t worry – we still may be able to help you get covered as soon as Jan. 1.”

The post tells consumers to contact the marketplace call center and explain that technical difficulties prevented them from getting covered under ObamaCare for the new year.


As the year comes to an end, sadly so will the health care plans for too many people in Michigan. The failed rollout of President Barack Obama’s health care law has captured everyone’s attention for months.

Regrettably, it has been at the expense of families who will lose their coverage. Instead of helping families, the administration has attempted to save face by executing delays, rather than solutions.

Obamacare was supposed to cover more individuals and bring down health care costs. But when Jan. 1 arrives there will actually be less people who have health care coverage than there were when Obamacare was passed –- this is unacceptable. What’s more, costs are skyrocketing as deductibles and premiums rise to levels that are unaffordable.

Michigan’s citizens are being forced to make an impossible choice: go without health care coverage or pay premiums that many can’t afford.

Pretty much the same story as every other state.

What to Do When ObamaCare Unravels


ObamaCare defenders say we must suffer the dysfunction and patch the law, because there is no alternative. They are wrong. On Nov. 2, for example, New York Times NYT +2.04% columnist Nicholas Kristof wrote movingly about his friend who lost employer-based insurance and died of colon cancer. Mr. Kristof concluded, "This is why we need Obamacare." No, this is why we need individual, portable, guaranteed-renewable, inexpensive, catastrophic-coverage insurance.

There is an alternative. A much freer market in health care and health insurance can work, can deliver high quality, technically innovative care at much lower cost, and solve the pathologies of the pre-existing system.

Health insurance should be individual, portable across jobs, states and providers; lifelong and guaranteed-renewable, meaning you have the right to continue with no unexpected increase in premiums if you get sick. Insurance should protect wealth against large, unforeseen, necessary expenses, rather than be a wildly inefficient payment plan for routine expenses.

People want to buy this insurance, and companies want to sell it. It would be far cheaper, and would solve the pre-existing conditions problem. We do not have such health insurance only because it was regulated out of existence. Businesses cannot establish or contribute to portable individual policies, or employees would have to pay taxes. So businesses only offer group plans. Knowing they will abandon individual insurance when they get a job, and without cross-state portability, there is little reason for young people to invest in lifelong, portable health insurance. Mandated coverage, pressure against full risk rating, and a dysfunctional cash market did the rest.

But what's in it for government, and the democrats?


The Obamacare contraception mandate cases are the most important religious freedom cases we've seen in years. They aren't going to bring down Obamacare. For that, look to the subsidy challenges, especially Pruitt v. Sebelius. But these contraception cases are going to shape the way government interacts with religious beliefs for decades to come.
...
Once the courts get into the business of deciding whether religious beliefs -- like objections to signing a form facilitating the provision of contraception coverage -- are "meaningful" or not, you can kiss free exercise of religion goodbye. Because it is such a radical departure from precedent, I expect and pray that the Archbishop of Washington decision will be overturned on appeal.

Look for the circuit courts of appeals to grapple with the accommodations cases in the new year. If Obamacare survives that long, I expect the Supreme Court will eventually take up these cases too. God willing, the justices will affirm the principle that the government should never be allowed to decide whether a religious belief is "meaningful" or not. 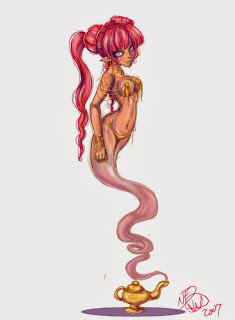 
While walking on a beach during one of his many vacations, Obama found a bottle on the sand and picked it up. Suddenly, a female genie rose from the bottle and with a smile said, "Master, may I grant you one wish?"

Obama responded, "Don't you know who I am? I don't need any common woman giving me anything."

The shocked genie said, "Please, I must grant you a wish or I will be returned to that bottle forever."

Obama thought a moment, then after grumbling about the impertinence of  the woman said,...... "Very well, I want to awaken with three white women in my bed in the morning. So just do it and be off with you.

"The annoyed genie said, "So be it!" and disappeared.

The next morning Obama awakened with Lorena Bobbitt, Tonya Harding and Nancy Pelosi in his bed.

His penis was gone, his knees were broken, and he had no health insurance.

Payback is a bitch!

More Obamacare humor?  How about this screenshot from the California Obamacare website.  Although the whole thing seems wrong, pay particular attention to the multiple spellings of the word button: 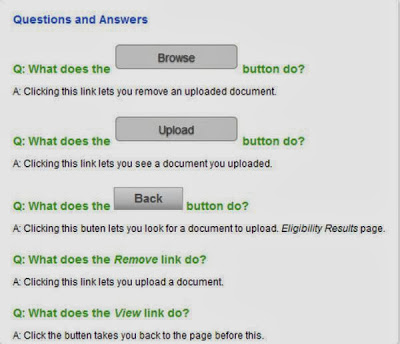 It may not be working at all spelled very well, but there are 20 new taxes coming in 2014 to fund it.


Most insurers aren’t advertising the ObamaCare taxes that are added on to premiums, opting instead to discretely pass them on to customers while quietly lobbying lawmakers for a break.

But one insurance company, Blue Cross Blue Shield of Alabama, laid bare the taxes on its bills with a separate line item for “Affordable Care Act Fees and Taxes.”

Democrats running on Obamacare, but not the way Nancy Pelosi hoped:


As her poll numbers have plunged during the bumpy Obamacare rollout, Landrieu has rushed to contain the damage. When about 90,000 health insurance plans were canceled in her state because they did not meet the new law's requirements, she swiftly introduced a legislative fix and bucked the White House by enlisting other Senate Democrats to support it before the president announced his own adjustment.

She has distanced herself from the program's failures, sometimes by flinging darts in Obama's direction: "What I've said to the president is: 'You told them that they could keep it,'" she said of the canceled insurance plans in a news clip featured in her defiant new campaign ad. "I'm fixing it … and I've urged the president to fix it."

Even Barack Obama is running away from Obamacare:


In the great tradition of American civil disobedience, President Barack Obama is defying a law. It’s just one that he himself lobbied for, signed, and lost a house of Congress over. Even Henry David Thoreau would be hard-pressed to understand this one.

The famous dissenter refused to pay a tax because of his opposition to the Mexican-American War and slavery; presumably, though, he would have been willing to comply with the provisions of something called ThoreauCare.

President Obama is in a much more awkward spot. At every turn, he is confronted by the irrationalities and inconveniences of his own health-care law. Not since Cary Grant was chased by the crop duster in North by Northwest has there been such an affecting scene of a man constantly on the run. The president’s tools of evasion are waivers, deadline extensions, reinterpretations, and last-minute demands on insurance companies. Really, any means necessary.
...
Understandably, since the administration has a lot to be embarrassed about, it long ago stopped caring about coherence. After the latest big change, the individual mandate applies to you, except if it doesn’t. It is absolutely essential to the functioning of the law, except when it isn’t. The law is a Great Leap Forward for the cause of social justice. But it is also a hardship.