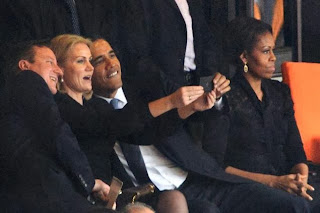 How the West was lost by the selfie president


It’s official — the government of the United States of Obama consists of boobs and bores and is led by a narcissist. It is no consolation that Great Britain joins us in racing to the bottom.

President Obama’s flirting with Denmark’s prime minister would be shameful on any occasion. That it happened at the memorial for Nelson Mandela only adds to the embarrassment.

But the “selfie” episode also symbolizes the greater global calamity of Western decline. With British prime minister David Cameron playing the role of Obama’s giggling wingman, the “look at me” moment confirms we have unserious leaders in a dangerously serious time.

I'm sure Michelle just wanted to sit next to her to discuss Lutefisk recipes.... 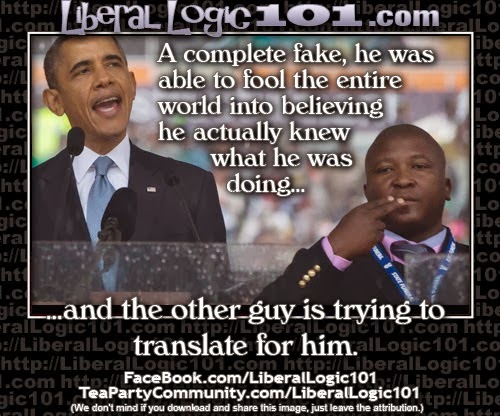