It's Christmas time, and Charlie Sheen is disappointed that former wife Denise Richards didn't want to spend her holiday with Charlie. Ex-wife, whoda thunk? Despite, Willy Nelson's claim that there is no such thing as a ex-wife, there is a reason they are "ex".

Rather than sulk quietly like any normal man, Charlie went off on one of his characteristic public rants, tweeting a picture of a wedding gift destroyed and calling her DuhNeese.

A good chivalrous southern man, Stacy McCain couldn't let that stand and went off on one of his own characteristic rants: It’s a @CharlieSheen Christmas, Bitch!

What’s wrong with Charlie Sheen? Simple: He has been enabled.

His wealth and fame have been exploited by Sheen as a license to escape responsibility and treat other people as his inferiors. The TV producers who pay Sheen big bucks are part of the problem, but the real problem is Charlie Sheen himself. There are other celebrities who make big money but are not abusive a–holes. The narcissistic black hole of damaged ego at the center of Sheen’s “Hollywood Bad Boy” act has been indulged and enabled by everyone around him for so long that he doesn’t even realize how wrong it is to treat other people like objects whose only purpose in the world is to admire him and/or provide him with pleasure. 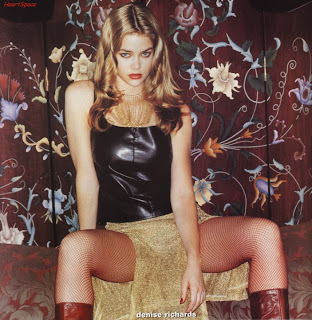 Yep, Charlie Sheen is so awful he can make other celebrities look good by example.

Anyway, Sheen erupted at his ex-wife Denise Richards this week:
. . .
This is typical Sheen: He habitually treats people like crap and then is outraged when they don’t tolerate his abuse.


Has Charlie forgotten that voice-mail message he left Denise Richards in 2005? Does he think she has forgotten it? And yet, rather than thinking about all the hurt he has inflicted on his ex-wife over the years, when she does something that makes him angry, the narcissist Charlie Sheen thinks of himself as the victim — and compounds the damage by publicly insulting her as “DuhNeese.”

Dude: Denise Richards was once the hottest woman on the planet. 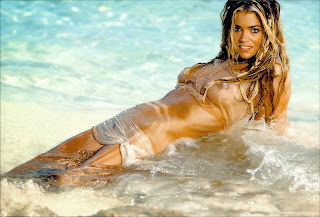 Hottest?  Well, that's a matter of opinion, of course, and she certainly benefited from good press, but she was certainly in the top 1%.  But I'll provide some pictures so you can make your own assessment.

There was a time when millions of guys would have died for just one smile from her, and she consented to marry you, and I don’t care what “a total freaking rock star from Mars” you think you are, you should have been grateful for that, but you weren’t.

No, you blew it, Charlie. And that’s all ancient history now, but it’s not like you’re the only dude on the planet who has problems with his ex-wife, and I make it a point never to express pity for dudes in your situation, because there’s a matter of principle involved. 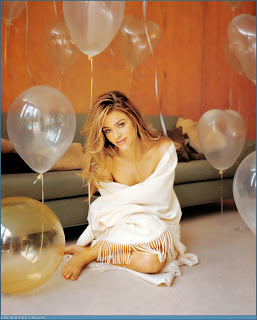 One of the things I'm thankful for every day is that Georgia and I made it work for 40 years.  No ex-wives to negotiate with.

Yeah? Well, you married her, didn’t you?

It wasn’t like somebody put a gun to your head. There are more than 3 billion women on the planet, not all of whom are crazy, evil, two-faced castrating bitches and so, even if your ex-wife is the worst woman in the world, you’re still not completely blameless.

You had a choice, and chose badly.

Not necessarily. It could be he chose well, and he was just an asshole and blew it.  It seems the likely choice in this case.

Wombat-Socho's giant weekly Rule 5 masterwork  "Rule 5 Sunday: Transfer Station Blue" is up at The Other McCain.
Posted by Fritz at 7:20 PM